The spark for this post came to me a while ago, back when the Truth and Reconciliation Commission was in the news with its recommendations to ensure that Canadians were aware of the awful legacies of the residential school system. However, as soon as they mentioned that the church was involved with the cultural genocide and abuse which occurred at these schools, my parents’ gut reaction was to blurt out that it was only the Catholic church which was responsible for this. 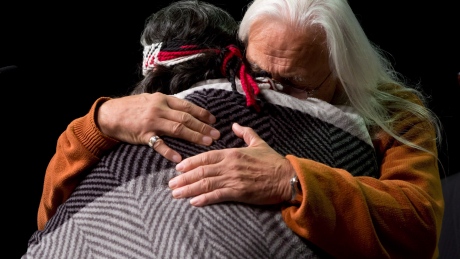 Setting aside the popular perception that it was only the Catholic church involved*, this reaction bothers me for a number of reasons. First of all, I don’t think it’s being honest – do they really give a shit about the supposed (and in this case incorrect) “facts” of the matter? If I told them that their comprehension of the facts was incorrect, would it cause them to feel real shame for the church’s involvement in the residential schooling system? Somehow I don’t think so, I think that the blame will get shifted in another direction (“oh, well our church and our family aren’t even close to a residential school!”).

This brings me to the second reason why their statement irritated me. If they aren’t really interested in the facts of the situation, then I believe that this attitude is merely a knee-jerk reaction to shift blame. After all, if we believe that the Catholics bear all of the responsibility for residential schools, then it is easy for us to say that they’re the ones who should do something about it. Consequently, this means that we end up not having to do anything – we don’t have to change our worldview, we don’t have to change our attitudes towards people, and hell, we don’t have to make any restitutions to help out people who have been getting screwed over for generations. 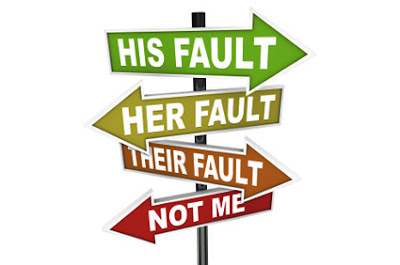 Let’s get theoretical though for a moment – let’s pretend for a moment that it was just the Catholics who were involved with residential schools. If this were the case, then our response still shouldn’t change. In spite of what some more fundamentalist Christians might think, Catholics are just as legitimate ambassadors of Jesus as the rest of us. As far as most people outside of the church are concerned, the differences between Catholics and Protestants are minuscule. How do you think it looks for them if we, as Christians, say “residential schools were bad and all, but we weren’t responsible, it was those other Christians who you should be mad at”?

If nothing else, we should accept the responsibility rather than trying to squirm out of it by shifting the blame. Ideally, we should seek to repair the situation as well, even if we do not necessarily believe that we bear any real responsibility to do so – especially since we are always so quick to declare ourselves the “moral” center of the country which is keeping it from slipping into evil. If we become people known for helping others and being a positive force in society, then we won’t need to try to point out that it was “someone else” who was responsible for committing evil – people will realize that they are not representative of the Christians that they know. 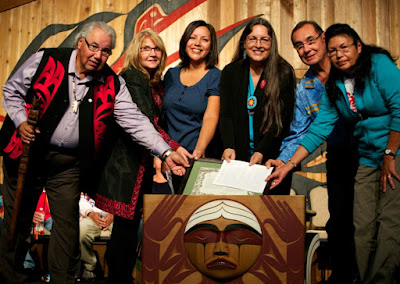 I can remember myself saying less than 10 years ago that I didn’t feel bad for indigenous peoples who complained about losing their land, because it happened hundreds of years ago and they should all be over it by now. I am ashamed of the ignorance my past-self. However, I was completely ignorant of the repercussions that the actions of our ancestors had. I was unlearned enough to understand that indigenous people aren’t concerned about the evils of the past, they are concerned about inequalities which affect them today as a result of the echoes from the past. Similarly, people don’t understand why people still complain about slavery, racism or the Confederate flag, but this is because they don’t understand how their effects continue to echo into the present and have resulted in massive levels of inequality for African-Americans (not to mention that basically every problem in Africa can be traced back to the evils of colonialism).

If you don’t take anything else from this post, then at least take this message to heart: next time you hear someone railing about some form of injustice, listen to what they have to say. You don’t necessarily have to agree with them, but give them some respect. Then, instead of passing off the responsibility to someone else, ask how you can help and come to common ground.

*And it’s not like the Protestant Churches are all that united anyway. If they wanted to continue shifting blame they could say “Oh, well it was just the Catholics, Anglicans, United Church, Congressionalists, Presbyterians and Methodists. It wasn’t the Pentacostals though so why should we take the blame?”, or “Those were Methodists, were are Free Methodists so it doesn’t count!”