Way back in my very first post on this blog, I wrote up a short article about how Skyfall killed the “James Bond is a code name” fan theory and basically destroyed any chance of seeing Idris Elba as Bond without breaking with the newly established canon. However, with the Spectre trailer releasing yesterday, it seems like an appropriate time for me to lay down the speculation I have had to legitimize both sides of this argument and make way for far more inclusivity in the Bond franchise from here onward. 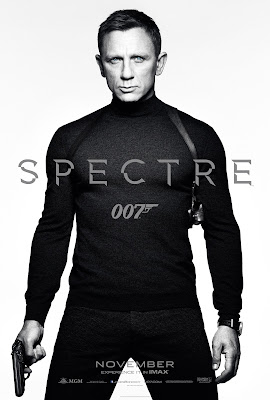 Since they very rarely brought up any sense of continuity, the previous James Bond films were able to get away with their changing actors and tones with little suspension of disbelief required. This is where the code name theory came from – each “James Bond” was simply filling in a code name when they were promoted to the position of 007. This theory made a lot of sense and, up until Skyfall, it looked like the most reasonable way to explain why we could have the same M in the Brosnan era and the “origin story” Casino Royale. However, Skyfall unexpectedly grounded the current 007 in a very specific place and time and established pretty conclusively that this Bond actually is named “James Bond”. It’s pretty well known that Daniel Craig is contracted for 1 more James Bond film after Spectre, but after that whoever follows up him is going to have to figure out some way to keep the narrative intact (while simultaneously having some pretty big shoes to fill in). However, I think that there is a perfect solution that should be pretty easy to incorporate into Bond 25 which will make the series so much more interesting in the future.

If I was in charge of writing Bond 25, I would have the film end with Craig-era Bond dying. Yes, for real, especially because this is a fate that has been foreshadowed throughout his tenure, and would fit his arc pretty well (or, if we can’t have him die, then at least have him fake it for good). As a result, M declares that from this point forward, all agents with the 007 rank will be known by the code name “James Bond”, in honour of their greatest fallen agent. It could even end with the next James Bond being introduced if they have them cast by then, similar to what they did with Ralph Fiennes’ M. 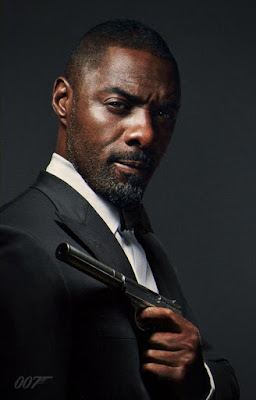 This proposed ending would be perfect for a number of reasons. First of all, it would shake up the series quite a bit and probably break the Internet if they kept it secret. Secondly, it would keep the character development that has been built up throughout the Craig era intact, while also paving the way for future James Bond films to do something different. Thirdly, making the code name theory official opens up the Bond series to so many possibilities. There have been rumblings about casting Idris Elba as Craig’s follow-up for years, and serious discussions have been brought forth even within Sony Pictures. Having Bond’s character rooted in a very specific person kind of ruins this possibility, and you know that if they went forward with it then there’d be lots of asshats saying that Bond is white and therefore can’t be played by a black man. However, if this development went forward and the code name theory became canon, then I imagine that significantly more people would be accepting of non-traditional Bond portrayals. Suddenly, it wouldn’t feel out of character for the new Bond to be non-white, or asexual, or less serious… hell, we might even see a female Bond someday if this were implemented. The possibilities are endless, and I’m going to be absolutely grieved if EON productions don’t go forward with this proposed ending. It just seems to perfect to me and sets up Bond’s future to go forward indefinitely.

Okay then, it’s about that time for my self-instituted weekly blog post. I’ve got a few things to talk about, and I’m not exactly the most eloquent, so I’m just gonna dive right into this one.

First of all, the Hulk review is almost at 1300 views. That’s nuts. I never expected to get that many views in my first couple months, let alone on a single blog posting. I’m guessing this is mostly due to inadvertently piggy-backing off of The Avengers‘ popularity, which makes the most sense. On DeviantArt, I did the same sort of thing with The Gorillaz, although it was intentional that time. I made a deviation which was Gorillaz-related in a flagrant attempt to garner page views and favourites… and it worked like a charm. This was almost 3 years ago and I still get new favourites because of that quite often. That just goes to show you that a quick n’ easy way to get noticed is to tap into a fan base and ride their coattails to victory.

Speaking of tapping into fan bases, I’m planning on starting the next retrospective sometime in April. I’m going to be working on final assignments pretty hardcore until the 10th or so, so after that time period I will likely begin work on that series. Be sure to stop in for them, they’ll be sure to leave you howling.

The only other things of particular note at the moment are a bunch of links I’ve been collecting all week. There has been quite a few interesting things that I’ve read about this week that needed sharing… some for different reasons that others. I’ll just leave that one at that.

Anyway, one of these links was gun control-related. I know I’ve harped about gun control a lot on this blog, and I honestly could have done so even more, but I’ve intentionally refrained from doing so on multiple occasions. For one, ranting about it too much can conflate me as someone who hates guns and wants them eradicated or something, which is definitely not the image I’m trying to foster. For the record, I advocate reasonable levels of gun control and gun owner responsibility, and plan on owning firearms myself someday. As for political issues, I generally will fall on one side or the other, but I like to acknowledge other perspectives when I do so. For that matter, I generally hate all political rhetoric in either case. Anyway, getting back on track, I recently read an article on one of my favourite websites which I felt showed gun politics from a very different (and balanced) angle. I certainly recommend giving it a read as it covers some issues which no one else bothers to mention.

If you’re a longtime reader of this blog (I won’t lie, you probably aren’t), then you might remember my first article about Idris Elba as James Bond. Since then, it has become increasingly unlikely that the man actually will be cast in the part, but there has been a (potential) development. Barbara Brocolli has talked to Elba about a Bond casting… but maybe as the villain in a remake of Live and Let Die. Now if this is true, then it will be quite interesting indeed. It definitely sits better than casting him as Bond (especially since he’ll be too old by the time that Daniel Craig leaves the role), and going back to the novels is certainly a good idea – especially since the original films did not hew too closely to the source texts anyway (with very few exceptions, like On Her Majesty’s Secret Service I am told). Anyway, there’s not much info at the moment about Bond 24, but I’m very intrigued at how this whole rumour pans out…

Hey, welcome to my blog. I don’t really have any pretensions about this thing becoming anything more than a place for me to ramble about things that I find interesting (or that are pissing me off), but we’ll see how it goes.

Anyway, before you go on any further, I must warn you that there are Skyfall spoilers below, so proceed only if you have seen it or don’t care about having plot details revealed.

So I’ve have an idea mulling about recently regarding everyone’s favourite secret agent, James Bond (which caused me to make this blog consequently). Over the past couple years there has been a growing movement which has been calling for the next actor who plays James Bond to be black. It’s an interesting idea, and one I’m certainly not opposed to (especially since they’re going to have to do something totally different to follow up Daniel Craig), but I’m not entirely sure I want Eon to do this. From a totally intellectual level, it’d be amazing to see a person of a different race headlining the world’s biggest action franchise. Doubly-so if it’s the rumoured Idris Elba, who would probably hit it out of the park.

I had already been thinking over this when I went and saw Skyfall this evening (yes, I haven’t seen it yet, stop judging me). More than any other past Bond flick, this one delves into his past and defines him well as a person. Now, before Skyfall it would have been easy to replace Bond with basically anyone – all that needs to be maintained are the mannerisms, iconic elements, Britain, commercialism, etc and you’ve got yourself another successor to the James Bond mantle. This was especially possible since there had been little to suggest that the different James Bonds were actually the same person. Since James Bond is defined more by what he does than who he is, a black James Bond would fit in very smoothly.

However, by delving into his past and defining him more clearly, the case for a black (or whatever race for that matter) James Bond has been muddled, not to mention my lovely code-name fan theory. The non-white James Bond camp has always had to contend with the anti-PC crowd, and now it seems like they have a better argument against them. The question in this debate has always been “what defines who James Bond is?”, and it seems that “white” is a (more) definite element of his character now too.

Another interesting thing that Skyfall opened up was that James Bond might be bi-sexual. I think this was more meant to be a joke, but it certainly opened up another door, so to speak. Now, call me a homophobe or whatever, but this is something I hope they don’t latch on to in the future… and not only because I don’t want to have to listen to the diatribe my parents and the anti-PC crowd would have haha. James Bond has always been defined by his interactions with women, and suddenly shoehorning in a different sexuality for him doesn’t sound like a particularly great idea.

Unless the Bond franchise re-establishes the code-name theory somehow, I think that a non-white, non-heterosexual James Bond has been pretty much rendered against character. Even if it is though, I would still love to see a different spy film with a black man Idris Elba as the star. And how funny would a James Bond spoof starring a gay/bi-sexual secret agent be? Obviously they won’t have the same high-profile that a movie like James Bond does, but it doesn’t mean we can’t see these sorts of things grace the screen at all.

POST-SCRIPT: Initially I put up the spoiler tag because I meant to say that they could make the next M black, but I forgot to in the initial post. I suppose he could be gay though still, so there’s that.