Wow, we’re at the next addition to the I Choose to Stand playlist already… I wanted to have another post up before this one, but I have been busy and it has been just running away on me (over 2000 words so far…), so that one will have to wait for a couple more days. In the meantime though, rock out to these two songs which have been added to our Spotify playlist (you can access it on the sidebar to the right). 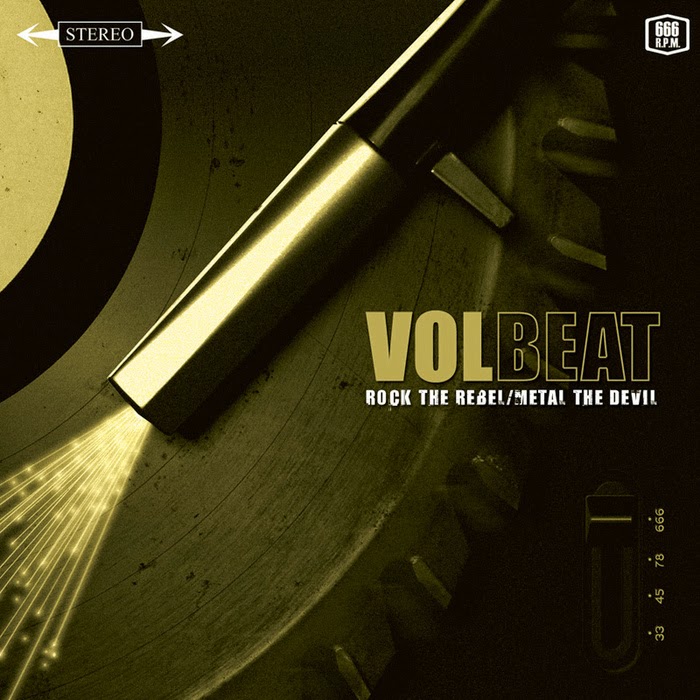 First up is “Radio Girl” by Volbeat, from their album Rock the Rebel/Metal the Devil. I really got into Volbeat about a year and a half ago when I heard “The Hangman’s Bodycount” on the radio, and I really dig their hard rock/rockabilly style. I liked basically everything of theirs, but considered Rock the Rebel/Metal the Devil their weakest album for sure. However, I gave it another try lately and found that I like it far more than I remember – it drags a little bit at times, but I’d now say that all of their albums are close to being on par with each other. “Radio Girl” isn’t my favourite track from the album, but it is definitely the one I am enjoying the most at the moment, so if I didn’t include it on the playlist very soon then I’m afraid I wouldn’t show it its due.

Part of the reason I got into hard rock/metal music in the first place was because it was just so different than what I had grown up on, for one key reason: their music tended to have some actual lyrical variety. My parents basically just listened to old-school pop/rock and modern soft rock, so you can imagine how that sounded: basically 24-hours of “love songs”, non-stop. It was so sickening that I consider it a prime reason why I jumped ship to hard rock/metal in the first place. I do listen to the occasional love song still obviously, but I prefer there to be a bit of a twist in it. “Radio Girl” succeeds in that regard, while still being rather sweet and (dare I say) cute, and not diluting their sound for additional radio exposure. Basically, the song is about a man who is down on his luck, but becomes enraptured by a woman whose singing he hears on the radio. I think we can all sympathize with this song to some degree, and there is a deceptively diverse amount of emotional contrast throughout. 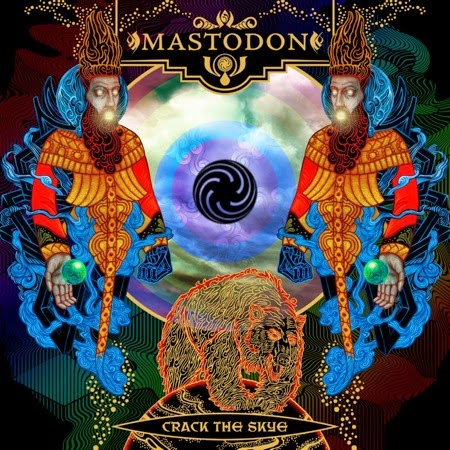 Our second addition of the week is “The Czar” by Mastodon, from their album Crack the Skye. I wanted to put in this song last week, but ended up deferring to “(*Fin)” instead. I need to put this up front though: Mastodon is insane in the best way possible. Their music also tends to be ridiculously deep. Their first four albums were intentionally written to represent the four classical elements: Remission is fire, Leviathan is water, Blood Mountain is earth and Crack the Skye is air. Not just that though, but Leviathan, Blood Mountain and Crack the Skye are also fully-fledged concept albums in their own right: Leviathan is an adaptation of Moby Dick, Blood Mountain is about searching for a crystal skull to place on top of the titular mountain to achieve human transcendence, and then Crack the Skye goes even further: “the record would tell a story dealing variously with the art aesthetics of Tsarist Russia, astral travel, out of body experiences and Stephen Hawking’s theories on wormholes”. And yet, Crack the Skye manages to go even deeper than that. Brann Dailor’s sister, Skye, committed suicide at 15, and the album’s themes revolve with dealing with loss, making it a tribute towards this lost soul (in fact, I have also read that the album’s themes and progression correspond to the Kübler-Ross model). Oh, and did I mention that they make some killer music in general and are popularly considered the best metal band in the world at the moment?

Anyway, regarding “The Czar” in particular, it’s a sprawling epic, and easily my favourite song off Crack the Skye. The verses get a little repetitive, but I find that this creates a hypnotic vibe, and the musicianship on display is top-notch all around. The solo that kicks off the third part, “Martyr”, is particularly orgasmic, it must be said. I also really like the Russian influences, it makes the song sound very unique and fits into the bonkers concept of the album. There aren’t a lot of albums I’d describe as being “perfect”, but Crack the Skye would have to be one of them (The Dark Side of the Moon would be another, for the record).

Anyway, that’s it for this week – be sure to check out the playlist and try to enjoy the music. Hopefully I’ll expand your tastes a little bit!

EDIT: Turns out that I accidentally added the title track from Crack the Skye instead of “The Czar” initially. It’s still a good song obviously, so check it out, but that mistake has been rectified now.