EDIT: I’ve been working on a little update for the blog, going through past, current and upcoming posts to tag them with their subject matter. If you’re interested in what I’m talking about in any blog post, click one of the labels at the bottom of the post and it’ll link you to all of my posts on the subject! Considering that I’m often calling back to previous topics, this should hopefully be quite handy for everyone, myself included! 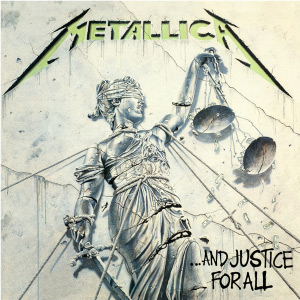 So it looks like we’re going for an anti-war theme this week (or at the very least, songs which explore the human cost of war). This wasn’t entirly intentional, but as soon as I made my selections the theme clicked and I quite like how it all worked out. First up this week, we have “One” by Metallica from their album …And Justice For All. I decided to pick this song this week after a particularly epic air-drumming session that spontaneously commenced when this song came on the radio at the end of a late-night road trip. Like many people, I first got exposed to this song by Guitar Hero 3, and it really ignited a love for early Metallica music. “One” is just a natural fit for me – as you might have noticed from some of my earlier selections, I really love longer songs with a slow build-up which supports the epic musicianship/lyrics later and just makes them stronger overall. “One” is pretty much a text-book example of this.

I also like the story that the song tells: losing all of your senses but only being able to feel pain seems like it would indeed be the very definition of hell on earth. For the longest time I thought that the song was based on a real person, but thankfully not. It seems to be based on an anti-war novel and film called Johnny Got His Gun (or, at the very least, was based on the same concept). 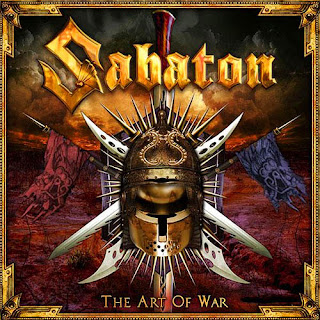 Secondly, we have “The Price of a Mile” by Sabaton from the album The Art of War. The Art of War is, in my opinion, the first good Sabaton album, and “The Price of a Mile” is a good example of why. I’d argue that it’s one of their all-time best songs and stretches their usual formula of singing about great historical victories, this time singing about a horrific, senseless waste of life. It is especially resonant for me as a Canadian, since we are all brought up being told about the thousands of Canadian soldiers who died in the Battle of Passchendaele to win a few measly miles which were soon lost again. It’s a really sombre, and yet bad ass, song which really hammers home the meaningless nature that war can take on, and questions the costs that are associated with victory at all costs.