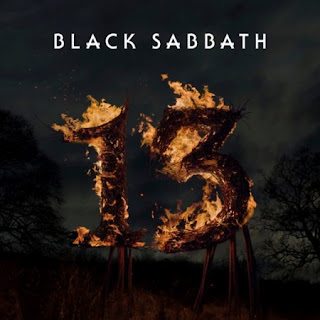 First up this week is “God Is Dead?” by Black Sabbath from their latest album 13. I wrote a short article about this song almost 2 years ago*, claiming that the song was in fact the opposite of the anti-religious song that it appears to be on the superficial level. I still hold fast to this interpretation of course, and it has caused the song to endear on me ever since its release. I hadn’t heard it in quite some time though, until a couple weeks ago when my internet radio station of choice put it on and reignited by love for this song.

Also, I just love how the song sounds. The dark, religious imagery is very effective, and the song has an unmistakable twinge of menace throughout it. It’s just a great example of modern metal and proof that Black Sabbath still have talent and relevance even after a career spanning four decades. 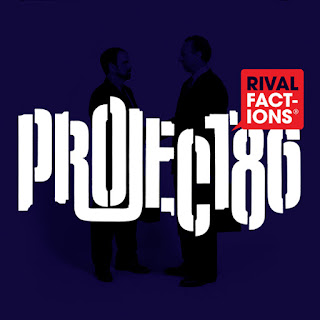 Secondly, we have “Normandy” by Project 86 from their album Rival Factions. Rival Factions was a really strange album for Project 86. From what I understand, there seemed to be lots of frustration within the band about their musical direction – some of them wanted to branch out their sound, and I imagine that there was frustration over the control exercised by frontman Andrew Schwab. The band’s drummer ultimately left prior to Rival Factions‘ recording, while the other bandmates (except for Schwab) would all leave as well by the time that the next album was complete. These frustrations are clearly the primary driving force behind Rival Factions, as the title points out. The album has a really diverse sound: they’ll use their traditional post-hardcore sound for a couple songs, then they’ll break into metalcore, then a straight-up rock song. The resulting album isn’t entirely cohesive and has an extremely short runtime of just over 30 minutes, which makes it probably my least-favourite Project 86 album**… I mean, I still enjoy it, but it’s a bit of a blemish on Project 86’s otherwise extremely consistent discography.

Anyway, “Normandy” is probably the song which most directly addresses the background struggles of Rival Factions. In high school, right as I was getting into Project 86, I was actually going to do a presentation on this song for a class where we were supposed to interpret a poem or song. It’s probably a good thing that I never did this presentation (I got my wisdom teeth taken out the day I was supposed to present so I got off scot-free), because even now I still have a fuzzy idea of what it all means. The song seems to very cryptically use the metaphor of a head-on collision to represent the opposing wills of individuals leading to a severing of ties.

*Side note: two freaking years ago? Where has the time gone?!?
**The only other album of theirs that I think is rather weak and might actually be my least-favourite now is their latest release, Knives to the Future. The album is pretty well-done I’ll admit, but very few of the songs stand out and I can’t help but be disappointed that their hardcore sound has been toned down significantly. Again – still a good album, but I just found it a tad disappointing and not the same high bar that Project 86 usually hits for me.