So Remembrance Day is coming up here in Canada, that transitional period between Halloween and the Christmas blitz where we honour our veterans. There’s one little squabble which seems to flare up more and more in the past few years though, and that’s in regards to the “proper” way to wear your poppy. If you aren’t familiar with Remembrance Day traditions, basically you give a donation and receive a poppy in exchange (not a real poppy though, obviously) which you pin onto your clothing to show your respect for the veterans. However, the pin which is used for the poppies is notoriously problematic and causes quite a few painful jabs every year, which prompts some people to replace the default pin with something more secure and without the exposed pin, such as a “butterfly clutch”. 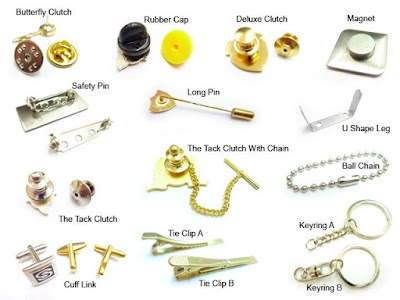 In fact you will notice that the style of pin used with the poppy isn’t even offered from this custom pin website. The long pin is the closest analogue, but even then it is far more secure and safe than the traditional poppy pin.

However, Veterans Canada has stated that they do not condone replacing the pin, and this has caused many people in the public to shame those who do so. In fact, this whole post was inspired by this one Facebook picture someone had shared: 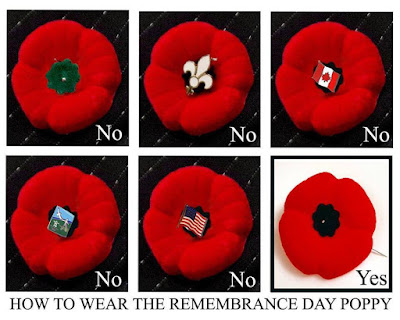 As you can probably tell, I’m totally in favour of relaxing the standards of what “acceptable” poppy-wearing should be, but the whole situation as it currently stands leaves me conflicted. On the one hand, the whole point of the poppy is to show respect for the veterans, so I feel a need to wear it as they would like us to when it comes down to actually displaying the poppy. That said, I also feel like veterans should be more open to improvements in poppy-wearing technology, since these pins are notoriously inadequate and rather unsafe.

Maybe I just hate adherence to tradition for tradition’s sake, even when there’s a better way to do things. After all, wasn’t one of the key lessons of WWI that soldiers died due to the generals’ insistence on adhering to old, outdated traditions? Or what about our modern veterans whose injury and death is kept at astonishingly low levels thanks to technological increases, innovation and efficiency over the past few decades?

Again, if the vets say that it’s disrespectful to wear the poppy any other way then we’re probably going to have to deal with that, but I do think that they should be open to the possibility of change. I’m sure that there are some people who will bristle at my position on this, perhaps justifying the poppy’s current pin by saying that the pain is nothing compared to what the veterans suffered. That’s true obviously, but it’s a pretty poor justification as far as I’m concerned and is little more than a shaming tactic to try to eliminate any questioning of potentially outdated tradition. As innovation has helped to improve the lives of soldiers, so too should innovation improve the lives of us who don’t want to get pricked every November for choosing to openly support the vets.