We’re going for a Christmas theme this week on the playlist (for obvious reasons, I would hope). Considering that this is a year-round playlist though, I’m going to be using the idea of a “Christmas song” fairly loosely in order to make my selections not feel very strange when you’re listening in late August.

HONOURABLE MENTION: This being the year we lost Christopher Lee, I think now is the best time to check out his metal Christmas carols. If you’re on Spotify, they have all of them there and they’re pretty enjoyable… in a rather cheesy way. Considering this is Christopher Lee we’re talking about, I think that’s the most appropriate way for it to be. 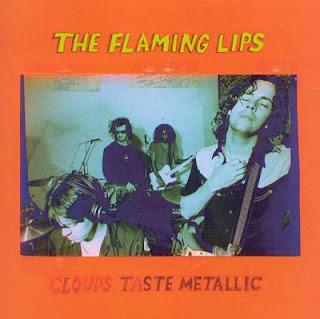 First up this week we have “Christmas at the Zoo” by the Flaming Lips from their album Clouds Taste Metallic. At first glance, this song seems to be a pretty typical (presumably coked-up) Flaming Lips song. Setting free talking animals at the zoo on Christmas eve? Umm, okay… That was more or less my feelings about the song until I started to think that it might be an allegory. That line of thinking led me to think that perhaps the song is about US foreign policy (seriously). I might be way off-base with this interpretation, but the idea has made me like this song quite a bit. Basically, the singer’s desire to free the animals is meant to represent America’s “democratizing” efforts. Conversely, the zoo animals represent the nations which America’s attentions are drawn towards. While democracy may be a thing that they ultimately desire, they need to acquire it on their own terms or it’s never going to work out. I doubt that this is the actual intent of The Flaming Lips when they wrote this song, but I have found “The New Criticism” method of literary interpretation to be very useful in many circumstances, as it is not about authourial intent, but rather what the text says to the reader – which, when it comes down to it, is arguably the most important consideration, right? 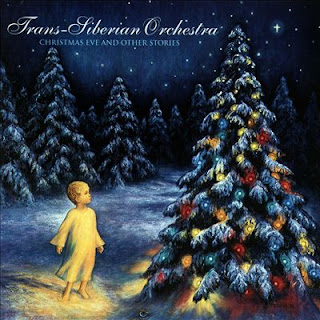 Secondly, we have “Old City Bar” by the Trans-Siberian Orchestra from their album Christmas Eve and Other Stories. There’s no other Christmas album that I have listened to more this year, and “Old City Bar” has quickly become a favourite for its great story. To put it simply, this song (and the album as a whole) are about how people do good at Christmas, but this season does not have to end if we continue to do good all year round. “Old City Bar” is a very Christ-like song in my personal opinion. It slowly tells the tale of a bunch of social outcasts spending their Christmas Eve in the titular old city bar. The song then details how the seemingly cold-hearted bartender’s life is changed, as well as the person he helps and the lives of those around him who witness his actions, through one good deed. It’s a very heart-warming song and one which is a great year-round as far as I’m concerned.