As you have probably heard by now, during this past week President Obama has taken executive action to try to push some more gun regulation in the US. Predictably, there has been considerable backlash to this decision, particularly by the NRA and Republican Presidential candidates. However, this condemnation obviously has nothing to do with the actual content of Obama’s action, but rather partisan politics at their absolute “finest”. This is an effective demonstration on just how politicians treat us like dog shit for their political ploys, why politicians can’t have any sort of integrity and one reason why our democracies are so horrifically ineffectual. For the good of the public, this is my short diatribe on why partisan politics need to die now.

Before moving ahead, I guess I should probably clarify exactly what I mean when I say “partisan politics”. At its broadest, partisan simply refers to identification to a political party in general, but in the last few decades it has been twisted into a political strategy. Now, politicians have to solely serve their party’s interests and refuse to compromise with their opponents. In a Canadian context, this quote by Stephen Ledrew from The Globe and Mail illustrates our own partisan politics quite well:

“Party loyalty is a crutch for those with lazy minds, and stark partisanship simply makes public discourse cheap and ill-informed. For example, how often has one heard that Stephen Harper is an elitist Conservative, not reflecting Canadian values? How often has one read that Justin Trudeau is just a Liberal scion who represents a last-ditch attempt by his party to resuscitate itself to its former glory? Or that Thomas Mulcair is a tax-and-spend NDipper? Certainly often enough to persuade an outsider that party labels are a major factor in political decision-making in Canada. But will voting by party label provide good government to Canada?” 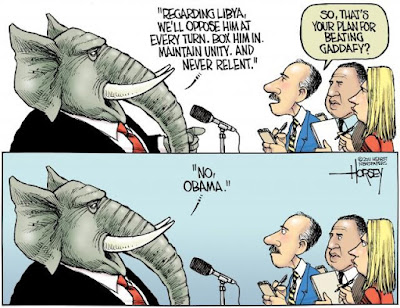 As you can probably see, this mentality is clearly where the opposition to Obama’s executive action is stemming from. Ted Cruz in particular has jumped on this and has claimed that “Obama wants your guns” and has promised to roll back this action. The way he tells it, it’s almost as if Obama has made gun ownership illegal before punching Jesus in the face. So what exactly did Obama even do? From this article on CBC, here’s a basic rundown:

Those all sound like common sense stuff, right? The unlicensed seller loophole has long been considered a major issue which renders background checks useless. Filling it in is going to make private reselling more annoying, but considering that these are freaking weapons we’re talking about, I am lacking in sympathy for them. That said, if you’re a person who is concerned about extensive gun rights, then I can see why this might be a sticking point, even if I personally think that it is a reasonable restriction. As for improved police databases and better access to help for people with mental issues, these aren’t even restrictions on existing freedoms for people who are interested in gun rights. Furthermore, it is fairly well-known that the existing mental healthcare system in the US is in a deplorable state, so this is solution is extremely pragmatic in a number of areas. 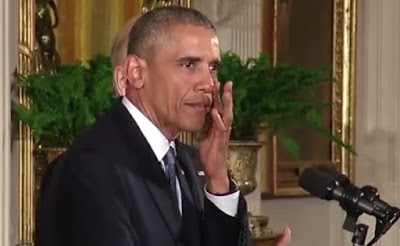 So why did Ted Cruz make these bold claims about stuff that is so obvious? It would seem to me that the main reason he is doing so is because it will rile up potential voters and get them to support him. It doesn’t matter whether what he says is true or not, as long as he gets the votes. This has also earned him an endorsement from the NRA, and if he is able to leverage their support then this should help him significantly in the leadership race*. We have seen this sort of fear rhetoric put forth numerous times this year – Stephen Harper’s inexplicable focus on the niqab, Trump’s comments on Mexicans and Muslims and the numerous talking heads that have been freaking out about Syrian refugees being terrorists.

If you think I’m being hard on the Republicans though, then let me also rip into the Democrats a little bit. Hillary Clinton and Bernie Sanders have both lent their support to Obama’s actions, but they could have done so much more. It doesn’t take a genius to see that Obama’s executive action is very limited in scope and will likely do very little to curb American gun violence (in the short term at the very least). Basically, it’s going to be a little harder for the wrong people to acquire a gun, and people who are mentally ill will have more access to treatment. This should help prevent some shootings, but all of the other issues with the American gun culture are still present – access to high-capacity and high-fire rate weapons, ability to open and concealed-carry weapons in public places, the existence of “stand your ground laws”, a culture which heroizes those who commit violence, etc. Sure, Clinton has beat around the bush, saying that more needs to be done from this foundation, but there isn’t a lot of dissent about how limited Obama’s executive action was. He’s patching some of the holes in the system, but unless America totally overhauls its gun culture, there won’t be a meaningful reduction in violence any time soon.

Political rhetoric is one thing though, but let’s get into arguably my biggest beef with partisanship. In his article, Ledrew also puts forth this gem which sums up my feelings quite well:

“not only is partisanship no longer accurate, it is contrary to the very essence of democracy, because it leads people to cast their vote a certain way for the wrong reason. It negates an informed electorate.”

I alluded to this sort of political bullshitting in the dying days of the 2015 Canadian election, and this is just another example of how the partisan system fosters voter ignorance. Rather than having an educated voting public, parties have found it much more successful to focus on individuals, talking points, rhetoric and fear-mongering in order to manage their voter bases – the key word there being manage. With the proper curation, politicians can predict how to manipulate public opinion in their favour and choose to ignore entire chunks of the population as irrelevant to their interests. Look at the timing of this executive action, for example. It’s in Obama’s last year in office – he doesn’t have to worry about this affecting his election prospects. It’s likely that he has wanted to implement this program for years, but was unable to pull it off until now. Furthermore, it is being used as election-fodder. For the Democratic candidates, this becomes something to protect. By Ted Cruz, this is suddenly something that he can manipulate as something that he’ll tear down if he becomes President – he just has to convince his voter base that the executive action is something bad first, which shouldn’t be too hard if they’re on board the partisan system. 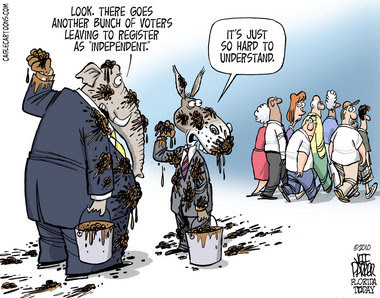 People are always whining about how politicians are a bunch of liars and that all of the parties suck. This isn’t how it has to be though – politicians lie or, if we’re being super generous, stretch the truth because it has been proven that the system benefits the ones who do so. This isn’t how it has to be though. Politics are a system which we created and which we can reshape. Start rewarding politicians with real integrity, who treat you like an intelligent individual and not just some statistic on their voter demographics spectrum**. Also be willing to look into what politicians are saying and try to keep yourself informed from other angles as well. Just because people are calling Obama an anti-gun fascist because of this executive action doesn’t mean that they’re telling you the truth. Furthermore, just because he’s being praised for this action doesn’t mean that Obama suddenly solved America’s problems either. Partisan politics need to die, and we’re the ones who need to need to put this wretched system in the ground for good.

*You also get inexplicable tough-talk, such as Cruz’s gem: “Those executive orders are not worth the paper they’re printed on, because when you live by the pen, you die by the pen, and my pen has got an eraser.” What the literal hell is that supposed to mean Cruz? You also realize that this is a reference to Matthew 26:52, in which Jesus himself warns his apostles not to commit violence and not to use their weapons. That is a terrible reference to make for someone who is trying to advocate for gun rights.
**Hopefully this is obvious, but this is not an endorsement for Donald Trump! Being a “politically incorrect” blowhard is also a political strategy, especially when attempting to stand out in a right-wing leadership race. It also doesn’t mean that you’re being honest or have a shred of integrity. Use your damn head.