I’ll be honest, I’ve been lazy about updating the blog lately. I’ve got about a half dozen posts half-written, but nothing managed to push through and materialize… until now. What could have possibly pushed me out of my lethargy? Trump? Some theoretical voting structure? Theology?
Nope, Konami and Metal Gear of course.

To open the year 2016, I wrote up a series of lengthy posts reviewing each of the main series games in the Metal Gear franchise. I spent a solid month and a half doing my “research” for those articles, so you know that this franchise means quite a lot to me. However, with series creator Hideo Kojima leaving Konami and the series on rocky terms, I’ve basically come to terms with the idea that the series is effectively dead. As exciting as another Kojima Metal Gear could be, I’m totally fine with 25 years of absolutely rock solid games which are amongst the absolute best in the industry. I’m willing to let the series go, for there to be a concrete end.

Naturally, Konami doesn’t see it that way and are ready to milk the franchise until it’s a decayed husk. We’ve already seen the Fox Engine used to “remake” the series’ best game, Snake Eater, into a freaking Pachinko machine, and now Konami has revealed their first original console entry: Metal Gear Survive… and it’s not doing much to get me back on board. 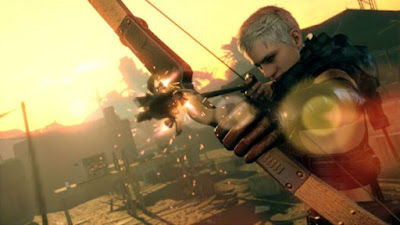 First of all, the premise sounds like it was thought up by someone who didn’t understand Metal Gear, just thought it was weird, and then ratcheted that weirdness up significantly. The basic idea is that you’re a soldier of Militaire Sans Frontieres who, when Mother Base is destroyed in Ground Zeroes, gets sucked into a freaking portal and now has to fight crystal zombies to get home in 4-player survival co-op. What the feth…?

Well first of all, it has to be said that this is a ballsy as hell move, because I’m pretty sure no one wanted Metal Gear Solid: Operation Raccoon City. As much as some people want to dismiss the portals and zombies in this game as being “typical Metal Gear“, I can’t really get on board that. Sure, there were portals in The Phantom Pain, but they were always a silly gameplay mechanic which was clearly intended to be more of a bit of player convenience rather than something which is meant to be canon, in-game technology. There’s a lot of tongue-in-cheek stuff in Metal Gear, so it can be hard to parse exactly what is real or not, but the portals never struck me for even a second as a thing which is real in its world. Plus, these elements were always on the edges of the game, not the central conceit of the game. Sure, we had to fight “zombie-like” enemies during a handful of boss battles in The Phantom Pain, but I can’t imagine a whole game with them. Again, it feels like someone saw these weird elements in other games in the series and thought that they were central to the experience, rather than in-jokes on the fringes.

I can’t help but feel like Konami is just chasing trends with the entire concept of the game. Open world 4 player co-op is clearly a “desired feature” these days, with games like Ghost Recon: Wildlands really pushing that as “the future” (although Wildlands actually looks like it will be very fun). Furthermore, zombie enemies and survival elements are the game’s other 2 big features, which are 2 of the most oversaturated buzzwords in all of gaming these days. What about this game is supposed to be selling it to me? Aside from the bonkers premise, this game just looks generic and boring, with its only potential selling point being the Metal Gear name.

Making the game even less interesting for someone like me, is there going to be any sort of story to this? And even if there is, is it going to transcend the usual, generic video game zombie survival tropes? Metal Gear is renowned for their rich (and usually insane) stories. Even The Phantom Pain, which was arguably the weakest narrative in the main series, had some pretty fascinating themes at its core – enough so that I somehow managed to spend more time dissecting it than I did for any other game in the franchise. Based on what we see here (4 nameless nobodies killing zombies), I have a hard time picturing anything other than the most shallow story. It’s not exactly the incredible Ground Zeroes reveal trailer, now is it? 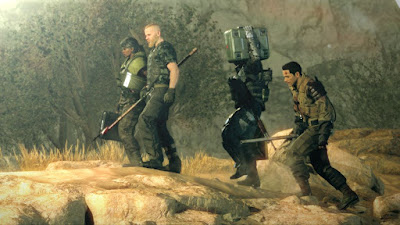 I’m not pissed off about this game – like I said in the intro, the Metal Gear franchise is dead as far as I’m concerned, and with the very clear split between pre- and post-Kojima exit, this game is hardly going to ruin its legacy. It doesn’t even look terrible, but there’s absolutely nothing about this trailer that gets me excited in the slightest. Konami is just doing a poor job of trying to win us back after the shit they dragged their fans through. If they want to win us back, this wasn’t the way to do it. Do you know how they could get us back in good graces? Well first of all, finish Chapter 51 of The Phantom Pain and then release it as free DLC. It was already partially completed, so that is not going to be a ton of work, actually finishing the game will boost its legacy and earn you some major goodwill. Then, to ratchet up the workload a bit, take that Snake Eater pachinko machine and actually announce that you’re remaking the game in the Fox Engine for consoles. This gives you a template to work off of and, if you can pull it off, prove that you can make a solid Metal Gear game without Kojima’s oversight. After that, maybe do an original set-story. Hell, Survive might even work at that point if you’ve earned enough goodwill to do your own thing. After that, if you’ve proven that Metal Gear is in good hands, then you could probably get away with Metal Gear Solid 6 and beyond.

That’s really the crux of the issue with Survive though – we straight up do not trust Konami to deliver a worthy experience. The game looks generic already, but I can’t trust that Konami won’t screw it up fundamentally either. You can certainly continue Metal Gear without Kojima, but Konami is going to have to earn our goodwill through blood, sweat and many, many tears.