In the time period between #GamerGate (ugh) and the rise of Trump (BLEH), I started reading We Hunted the Mammoth to get an idea of the sorts of extreme sexism present in our society which people are largely unaware of. However, as the American election began to ramp up, these stories began to evolve. Small communities in the “manosphere” of men’s rights activists, incels and “red pillers” were becoming more extreme and latching onto other groups. More than a year before neo-nazis came back into the public conscious at Charlottesville, I was seeing how the manosphere was drawing people into the alt-right and neo-nazi beliefs through their insulated communities centered on little more than hatred. That’s why men’s rights activism is a total joke – men face real issues which could be fixed with a concerted effort. However, trying to organize an effort to combat these issues is like trying to throw a white pride parade – the people who latch onto that cause will steer the ship towards the people they hate and blame for their problems. 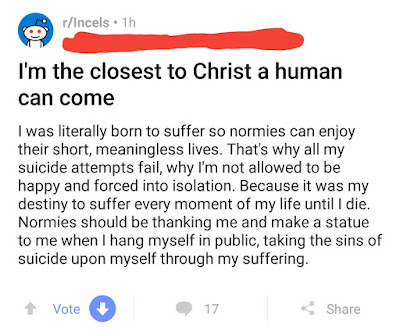 This brings me to the recent van attack in Toronto, in which 10 people have been killed (so far) and 16 injured. Initially, it appeared that this might be an organized terrorist attack of some sort, as it was clearly premeditated. However, it is now coming out that the perpetrator, Alek Minassian, was likely a member of the manosphere and alt-right, specifically an “incel”, who was radicalized by the group’s hateful rhetoric. To put it simply, this rhetoric has grown from, and appeals to, groups of insecure and sexually frustrated young men who are “involuntary celibates” (hence “incel”). In their version of reality, “Chads” are the successful men who horde all the sex with the “Staceys” (aka, “sluts”, because even in this version of reality, a woman is worthy of scorn if she has sex with somebody). They also have a very social-Darwinist view of the world, where the Chads are alpha males and the incels are all betas (if you ever hear an alt-right dumbass calling you a “beta cuck”, now you know exactly why to laugh at them). Even the name “involuntary celibate” belies a belief that they feel that men are entitled to sex and that it is women who are in the wrong for denying them this right, with some even going so far as to fantasize for a world in which men can force women to have sex with them.

If it seems odd that this might cause someone to go on a killing spree, you’d be right, but the hatred that brews within the alt-right is literally radicalizing people in a manner not unlike that of a more organized terrorist organization such as ISIS. Incels’ fantasies about a world where the betas get their revenge has led to further fantasies of a “beta uprising”, to the point where it has basically become a legend among incels (seriously, that is not hyperbole on my part, just Google beta uprising). To this end, we have had mass killers inspired by this rhetoric, most notably Elliot Rodger of the Isla Vista killings in 2014. Perhaps most disgustingly, some incels have latched onto Elliot Rodger as a hero who started the beta uprising. 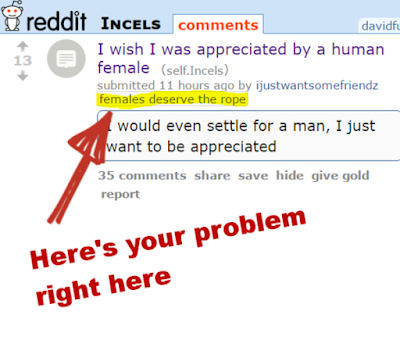 Predictably, Alek Minassian is being hailed as a hero once again by some within the incel community. It’s actually kind of a funny situation, I wonder how many of these people would paint all of Islam with the same brush in this situation, but say “hey, not all incels celebrate mass murder” when the finger gets pointed at them. But I digress – as one of my friends put it yesterday, this isn’t a mental health issue, but it’s going to be painted as such because that’s easier than dealing with the serious issues that are funneling young men towards radicalization in our society. People will rail against political correctness and feminism, but sexism is still alive in our society and this attack in Toronto is, as it seems with the evidence we have right now, the sort of result that it leads to at its most extreme. We should remember that it isn’t religion that causes people to kill, as the common scape-goat goes, but deep-seated hatred, dehumanization and radicalization.

I’m going to end this Quick Fix with the words of David Futrelle in his comments on this latest tragedy:

“[…] It would be dishonest and dangerous to dismiss this as a ‘mental health’ issue. Incel is a poisonous and hateful ideology, not a form of mental illness, and killings carried out in its name should be considered deliberate terrorism just as ISIS bombings or KKK lynchings are. Misogyny is hate, just as racism and religious intolerance are. As I’ve been saying for some time, the incel movement is a real danger; it appeals to young men consumed by bitterness who don’t think they have much to lose. And instead of helping them solve their problems it radicalizes them and ratchets up both their bitterness and their ‘nothing to live for’ nihilism. It’s a movement that idolizes mass killers and that has only slightly ironically heralded Elliot Rodger as its patron ‘saint.'”