Hey, I just wanted to put out a quick update on the blog since there has been an extended period of radio silence. I know that I long ago committed to writing and updating the blog in my own time, but I do feel bad when I go long periods between posts, so I feel like some sort of excuse is in order. Probably most importantly, at the end of July I had my second child, so I’ve had much less leisure time where I could just sit down and write.

I have had Retrospective series and other posts that I’ve wanted to write for a couple years now, but just have no had the time to dedicate to these. Retrospectives in particular are big undertakings, often taking several hours each in addition to the time needed to actually watch all the media involved, and I just have not been able to justify the time commitment that would require. Love/Hate articles, in contrast, take a fraction of the time and have been much more realistic, plus I enjoy the format so expect to see more of those until I have more time for deeper dives.

For that matter, the Resident Evil Love/Hate series is still underway, I have a couple posts completed already for the next batch of articles, but it will likely be a long time before those are completed. It’s new Pokemon season, so I’ll be dedicating most of my playing time to that before diving into any more Resident Evil games. I do plan on doing the Resident Evil Village DLC in the near future though, so when that’s completed I’ll likely edit the existing article, or I’ll do a new one if the DLC is substantial enough.

All this said, I do still have my usual year-end music and movie poster rankings coming on schedule. I work on these throughout the year in bits and pieces so they should be ready at their usual times in December. I also have put work into a big, only slightly masturbatory writing project through the year and that might see release in the new year. I have no idea if anyone will care about it, but whatever, this is my blog and I like to experiment with what I do here. Anyway, that’s where I’m at for now, hopefully I’m able to dedicate more time to writing in 2023 if life becomes a bit more stable.

Hey everyone! Depending on when you read this, you may have noticed that things are looking a bit different around here. After eight years of IC2S being hosted on Blogger, the frustrations of their platform became too much for me to bear anymore. Their new interface was finally the straw that broke the camel’s back, being less functional, more difficult and just plain broken in spots. As a result, I decided it was high time to move to WordPress. I was aiming to get the site all set up and ready to go before I went live, but I hit a snag migrating to WordPress.org and most of my prep work was lost as the site went live… oops!

What this means is that if you see anything broken on IC2S, especially if you’re reading this within a week of its original posting, then it’s probably something I’m working away on in the free time that I have. I’m also working through some of my old posts (especially important ones like Love/Hate and Retrospectives posts) to optimize them for WordPress, but I can’t guarantee that every one of these will get fixed. If you notice any issues then please drop a comment and I will correct it asap, thank you!

In any case, I’m much happier with WordPress as my content management system and am looking forward to working more with it in the future – to the point that I might even post a bit more frequently than I have been lately! Thank you for your patience and I look forward to producing more writing for you all to enjoy soon.

Wow, I might have optimistically expected to be writing blog posts 5 years after I started this blog, but considering that I have gone on 2 very long hiatuses (…hiati? Hiateses?) in that time frame, the fact that it has lasted 5 years and has over 200 blog posts is fairly impressive to me. So, as a celebration of 5 years of IC2S, I’m going to use this post to highlight 5 posts which I think you should check out, representing some of the most interesting, funny or enjoyable content on this blog. 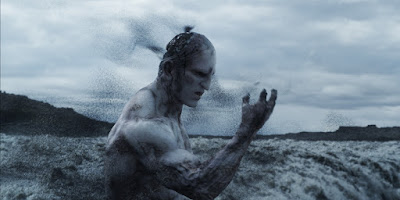 1) Extraterrestrial Jesus
How would religion respond to the discovery of alien life? Does alien life instantly refute the narratives of the major religions? This is one of those weird theological posts that I really enjoy writing, where I take something totally theoretical and then try to apply it to the real world. I hope you find it thought-provoking. 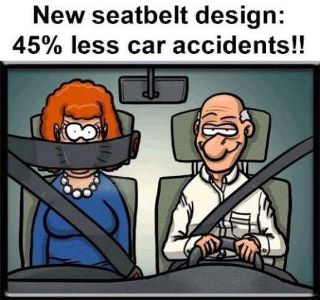 2) So… What’s the Point?
Considering that a lot of my longer, better thought-out pieces revolve around sexism, I figure we should have at least one major representative for those posts. This is one of the more recent ones and is largely a culmination of the ideas I have stated previously, and also focuses on social justice in general on a larger scale, and why standing up for it matters. Plus, it links to a lot of other related posts of mine on the subject, so it’s a great starting ground if you want to dive into this rabbit-hole. 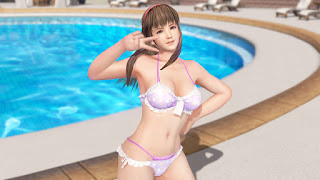 3) Video Game Review: Dead or Alive Xtreme 3 – Venus
And speaking of sexism, considering that I went out and imported an embarrassing, Japanese-only video game just for this review, I think that more people need to see it. Those trophies are never leaving my PSN account, after all. And, in retrospect, I definitely feel like I was being too soft on it in this review. I still feel like there’s a relaxing level of enjoyment to be had in DOAX3, but good God this game is awfully designed. Team Ninja needs to stop putting their considerable talents towards this kind of tripe and more towards a Ninja Gaiden reboot or Nioh 2. 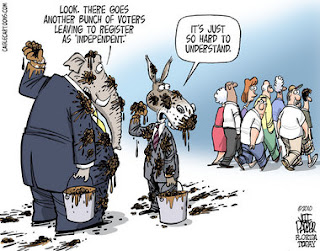 4) Gun Control, and Why Partisan Politics Need to Die
I was tempted to put up “Voter Ignorance” here, but this larger article covers the same sorts of issues and has more practical application. Plus, this line still rings true nearly every day in Trump’s America: “It would seem to me that the main reason [Ted Cruz] is [lying about reasonable gun control measures] is because it will rile up potential voters and get them to support him. It doesn’t matter whether what he says is true or not, as long as he gets the votes.” 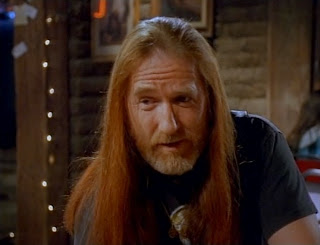 5) Retrospective: The Howling – New Moon Rising
I have written a lot of reviews on this website since I started it and, while the All the Boys Love Mandy Lane review and the Metal Gear Solid retrospectives are probably my best, I’ll never get over just how much I tore apart The Howling: New Moon Rising… and good God did it ever deserve it. When the only good thing you can say about a movie is that you can usually see the things that they’re filming (and yes, the film is so bad that I had to qualify “usually” about something that basic), you know you have a stinker for the ages. Birdemic seriously did more right than this film, and that movie is practically a home video production.

Thanks for reading. I can’t guarantee that I’ll be posting regularly, but I at least have a few more posts in mind, so look forward to content for the foreseeable future.

So… obviously it’s been more than a couple weeks. Working 8 to 4 every weekday and only getting weekends off leaves me with surprisingly less time than I was expecting, especially when I have to juggle blogging with novel writing, gaming, painting and social life.

Blogging on a schedule (when it is basically being done for free) was becoming a bit of a chore – especially when I worked on retrospectives. You’re looking at setting aside a few hours a week to write, which obviously cuts into other hobbies significantly (I was basically setting aside my novel in order to update the blog on a weekly basis, while juggling all my other interests). Initially, I started this blog as something I could throw on a resume, in hopes of landing some job in a writing field. However, when I landed a job that wasn’t Tim fething Hortons, the priority suddenly fell off. I’d prefer for blogging to be a fun hobby rather than an obligation. I know I’m making excuses here, but I figure that the record should be set straight on why I went on hiatus for so long.

So what has been going on in the last year? Well, for starters, my the novel is progressing fairly well (over 65k words so far, so probably around half way through the first draft), although my writing speed makes George R.R. Martin look like Sonic the Hedgehog. I got a PS4 and a new computer, which has opened up lots of new opportunities in regards to video and photo editing (not to mention it’s the first time I’ve really been able to take PC gaming seriously). I also started a small Sisters of Battle army which is pretty awesome, I’ll see about posting pictures at some point. Oh and I placed 6th and 2nd in two local Warhammer 40k tournaments, which was great, and actually ended up winning best sportsman at one of them as well! I have also done some paintballing as the season has started, but I will probably get in less this year for a number of reasons. First of all, I’m saving up for a car for my 25th birthday. Secondly, it seems like everyone is getting married, so my time (and money) is already being spoken for this summer in regards to that.

As for the blog though… I probably won’t be posting all that often still… sorry to get anyone’s hopes up. I’ve been super-tempted to make a post for the past few months, but never actually got around to doing so. I imagine I will continue to make infrequent updates, but I can’t see myself doing weekly posts like I used to. We’ll see if that means that the retrospectives series’ are totally dead in the water now, but I’d at least like to finish the Shreks someday. In any case though, I’d like to post on occasion when I have something on my mind and then see where we go from there. In any case, I’ve got a couple topics I’d like to discuss in the future so hopefully that gets us started again. 🙂