Welcome back to part 4 of The Howling retrospective! In this entry, we’re going to tackle the fourth entry in the series, Howling IV: The Original Nightmare! With Philipe Mora gone and a new personality climbing on board, would the series stop spiraling out of control? Well read on and find out… 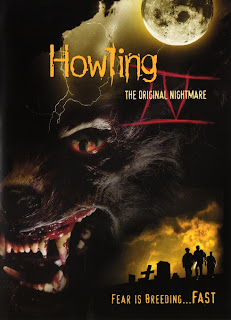 Yes, that is actually its professional poster.

After Howling III irredeemably tarnished the last of the series’ good will, it seemed that the producers wanted to try and start fresh and get the series back on track. As a result, Philipe Mora was gone and a new team took over. Among this team was one of Howling IV‘s writers, Clive Turner, who would become a fixture of the series for the next 4 entries. Perhaps hoping to redeem the Howling franchise, Turner and the other writers went back to the basics, choosing to re-adapt Gary Brandner’s original novel. As a result, Howling IV feels a lot like a remake of the first Howling movie, but it is actually closer the novel than the first movie was. The director was also not a total B-movie no-namer this time around, as John Hough signed on at the last minute. I’m not exactly familiar with Hough’s films, but I have seen Escape From Witch Mountain and its sequel before, so the man wasn’t exactly an unknown. However, despite the attempts to start fresh again with the series, the film wasn’t able to get cinematic distribution and ended up going straight-to-video (as did all future Howling movies)… that doesn’t necessarily mean that it sucked, but it’s usually not a good sign. It also doesn’t help that the movie had its budget slashed when financial backers pulled out. Cliver Turner was actually supposed to direct originally, but when the financiers pulled out he had to get Hough in to complete the movie with what little money was left. Interestingly, Hough filmed most of the movie in South Africa, but there was so little money available that entire sections of the movie were filmed without sound. Wow, I didn’t even realize that was a budgetary consideration. 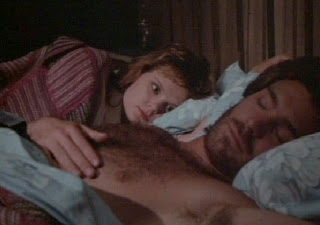 One of the major problems with Howling IV is the actors. Literally, from the first line of dialogue spoken in the film, you can tell that the performances are going to be god-awful. Almost everyone (especially Romy Walthal, who is supposed to be the freaking lead) are absolutely atrocious. The only one who puts in a moderately decent performance is Susanne Severeid, who plays former nun Janice. She’s still pretty bad, but is noticeably a step above everyone else which makes her a bit more sympathetic. I know that bad acting is a hallmark of the Howling series, but it really hurts Howling IV more than the others for reasons I’ll get to soon. If nothing else, Howling IV feels like a far inferior copy of the original movie, if only because the acting is so bad.

As for the plot of the movie itself, it obviously feels very similar to The Howling. It sort of makes me wonder if the producers weren’t trying to pull a Return of the Living Dead: Part II, where it’s basically the same movie done over again, rather than trying to freshen up the series (that part was speculation by me). Whatever the case, Hough decided to cut out the camp and sleaziness that the Howling films had reveled in for the past 7 years and instead went for a serious take on the source material to differentiate it… unfortunately, the aforementioned terrible acting makes taking the film seriously next to impossible. The movie also has some questionable logic gaps which further hurt its cause. For example, there’s a major plot point that a character who repeated “We all live in fear” was actually saying “Werewolves are here”… umm, those sound absolutely nothing alike, no matter how many times you slur them together to try to convince us otherwise. Also, if the only way to kill the werewolves is in the bell tower, why did they transplant that bell tower from Transylvania to America? 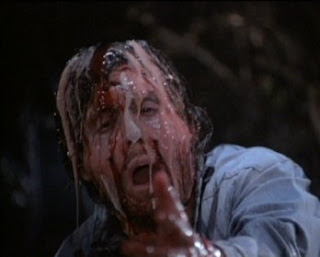 However, the movie’s biggest problem though is that it’s just plain boring and I didn’t really care about much of anything that happened. I can’t even tell you half of the characters names. Nothing happens until 80 minutes in (of a 90 minute movie), at which point one of the characters spontaneously starts melting. It’s a really weird scene because it’s completely out of left field, but it sets off about 10 minutes of mediocre werewolf action. At least the other Howling movies were a bit of exploitative fun, even if I didn’t particularly enjoy them. By trying to be serious, the movie ends up just being a slog (its equivalent of the “sleazy” character from the first movie ends up being rather flat… well, in the acting department anyway; I dunno what her character’s name really was but I think “torpedo tits” is probably the most appropriate honorary nickname for her). 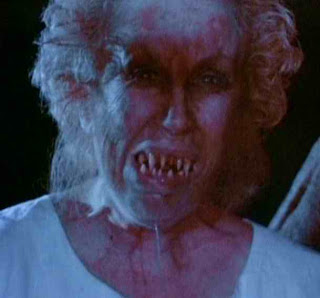 The movie also suffers from having some terrible looking werewolf effects. While the main creature actually looks quite good, all the other ones are embarrassingly bad. They look like ugly, old people with prosthetic teeth and dark makeup around their eyes. And then there’s the even more embarrassing scene where a dozen German Shepherds with red overlays over their eyes come running in – this is supposed to be an army of werewolves. Of course, this is likely due to the budget getting slashed, but that’s no excuse for what we end up getting subjected to. 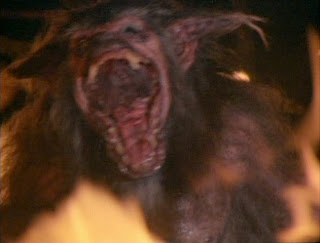 Clearly I don’t have a lot to say about Howling IV… and that’s because there isn’t much to say about it. It’s largely boring, shoddy and has yet another awful ending. The movie would have benefited immensely from some better acting, proper makeup and quicker pacing, at which point it might have actually surpassed the first movie. However, as it is, Howling IV just feels like a really weak remake.

Be sure to come back soon for part 5 of this retrospective: Howling V: The Rebirth.