Okay, due to the nature of last week’s quick fix, we’ve got a bit of follow-up on some of the “top stories” which were in that post. First of all, I caved in and got that Elgato Game Capture HD I had been looking at and it seems to work quite well. I suggest that you see the results for yourself if you don’t believe me. Currently I’m stuck with PS3 footage, but I’ll be getting a PS4 before the next blog post is up so expect footage at some point soon thereafter. In fact, you can always reach my Youtube channel by clicking the link in the sidebar near the top of the page – now that I’ve got this Elgato, updates should be fairly regular. 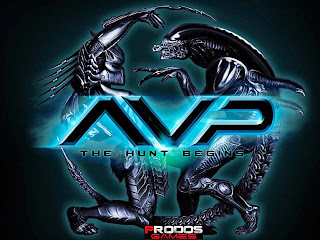 Also as follow-up, the AVP miniatures game has been announced and has already gotten underway on Kickstarter! I’m a bit torn on it to be honest… on the one hand, the minis are amazing and it looks like it’ll be a pretty fun game. Plus it’s FREAKING ALIENS AND PREDATORS (if that wasn’t clear enough)!!! On the other hand though, the game company’s communication has been lackluster and it’s rather expensive… even more-so with the stretch goals getting unlocked which are largely paid expansions. I mean, I’d LOVE Alien Warriors and Predator Hounds, but the notion of paying 30GBP on top of my 75GBP pledge isn’t particularly appealing. On the plus side though, the freebies are starting to pour in (at present, pretty much everyone’s getting free Facehuggers, a 10GBP add-on, a Berserker Predator [SQUEE!!!!] and almost certainly a model on a 40mm base once we hit 2000 backers). On the whole, I’m still happy about the project and will probably even increase my pledge, although I hope that the news is only positive from here on out. If you’re interested in checking it out, the Kickstarter is underway here. You can also check out the awesome minis on their Facebook page. 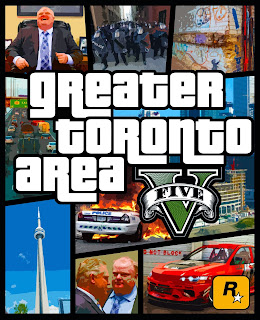 Now, onto current events. It’s been a little while since I last tackled a recent news story, but this one’s a doozy which I just can’t escape when I turn on the TV. I’m talking of course about Rob Ford, the crack smoking mayor of Toronto. Honestly, I wish he’d just step down because then I wouldn’t have to listen to the media drag this thing on indefinitely. In all seriousness though, Ford really does need to bow out – he has become an international embarrassment to himself, his city and his country. Saying that he’s going to keep working just makes no sense – does he think that no one else can run his job as well as him? Obviously there’s something up there.

Now I hate conspiracy theorizing, but I’m going to do some speculation so take the rest of this paragraph with a huge grain of salt. An acquaintance on Facebook made a post after the confession came out, suggesting that Ford might have called out a hit on gang members he had been famously photographed with (in front of a suspected crack house), one of whom was murdered recently. Now while I didn’t think there was much to back up this statement, it was certainly an interesting take on the situation. In any case, it is likely that Ford knew more than he was willing to admit to the press leading up to his confession. For one thing, there’s a story going around that his office hired a hacker to try to destroy the tape before it could fall into police custody. I can’t exactly verify it, but based on the information and evidence it presents, I’m willing to believe it. If it’s true, then there’s probably some seriously illegal and corrupt actions going on in the highest levels of the Toronto government. In a lot of ways, this reminds me of a film I watched called Tycoon: A New Russian, where a gangster funds a politician, but keeps a sex tape to blackmail him with (according to the story, it is thought that the Dixon City Bloods have a Ford sex tape as well) in case he ever turns on them. I wonder if a similar sort of situation is going on here which will be revealed in due time… Again though, this is almost entirely speculation and unverified information, so don’t take this as anything more than that.