As you have probably noticed, I have found some time to start writing again, thankfully. It’s not so much that I have gotten more time, but moreso that I just decided to nut up and shut up, and just clamp down to get some of the stuff I wanted to write down. I still have a couple articles in the pipeline so hopefully I can stay reasonably active in the meantime. 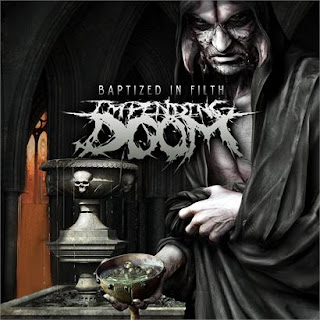 First up this week is “Murderer” by Impending Doom from their album Baptized in Filth. I have been wanting to put up some Impending Doom for quite a while, but haven’t really gotten around to doing so. This is due in part to whoever is in charge of putting their music on Spotify, because they have done a piss-poor job of it. Only 3 of their albums are up on Spotify… two of which suck (in my opinion), and one of which is good… but appears on Spotify twice for some reason. Even worse, their two best albums are completely absent, with only a couple of tracks from them included from the Killing Floor 2 soundtrack. That kerfuffle aside, “Murderer” is a pretty awesome song. Impending Doom have to be simultaneously one of the most relentlessly heaviest bands I have ever heard, while remaining eminently listenable in the process (to show how fine that line is, I can’t stand the more guttural death growls on their first couple albums). It’s also worth noting that they’re a Christian band, which is pretty obvious when you actually listen to the lyrics, but also seemingly insane considering how dark and heavy their music is. 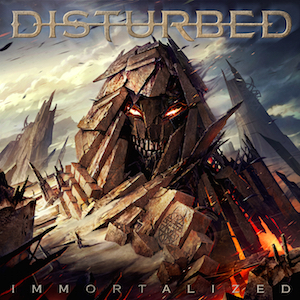 I had another song slotted into this place, but I literally had a last minute change of plans when Disturbed decided to blow our minds with an unexpected annihilation of their hiatus and new music debut. As a result, the second song this week is “The Vengeful One” by Disturbed, from their forthcoming album, Immortalized… and like I said a couple weeks ago, I’m already all aboard the hype train. I’m digging the song, but it doesn’t feel like a major departure from any of their previous works… maybe just a slight refinement like Asylum was if anything. That’s a little disappointing considering that we had to wait 4 years for new music, but I love their sound as it is anyway, so I’d be lying if I said I was truly bummed.

Also – holy shit. P.O.D.’s The Awakening and Immortalized are going to be dropping on THE EXACT SAME DAY. I might need to get a new change of pants on the 21st. Plus August also marks the release of Sovereign Council’s Laniakea, so it’s gonna be an epic month for me in music!!!