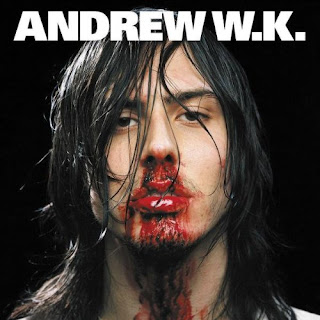 First up this week on the playlist is “She is Beautiful” by Andrew W.K. from his debut album, I Get Wet. This has to be one of the most badass love songs ever. Between the really fast tempo, the heavy sound and Andrew W.K.’s harsh vocals, it just creates a freight train of awesome barreling straight towards your pleasure centers. I have warmed up a bit towards Andrew W.K. since I last posted a song of his (although, for whatever baffling reason, he is apparently a program host on The Blaze!?!). I rather like I Get Wet, but I was really disappointed to see that Andrew W.K. ditched the harsh vocals in his later albums. This basically killed any interest I might have had in those albums, but at least there’s still some good stuff on his first 2. I dunno, I don’t really have any more to say about it than that, “She is Beautiful” is just a pretty straightforward, but awesome, song. 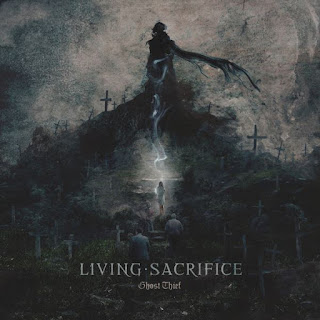 Stepping into something a little darker, we have “American Made” by Living Sacrifice from their album, Ghost Thief. I have been aware of Living Sacrifice for quite some time (one of their former guitarists played for P.O.D. from 2003-2006), but I never actually listened to anything of theirs until this past year. “American Made” has been on regular rotation on Weathered Steel for the past year, and it hasn’t become tired in all that time for me. The song doesn’t exactly break any new ground (very heavy sound, anti-consumerist message, etc), but it is very technically proficient and sounds great, even if you can’t tell what the hell the vocalist is saying about 95% of the time. I’m going to have to start digging into Living Sacrifice’s back catalogue to see just how good they can get, but if “American Made” is any indication, then I’ll probably be in for an enjoyable time.