So the other day I had the horrifying idea of checking out what The Blaze thought about the gay marriage ruling a couple weeks ago in the United States. This was partially due to some unresolved thoughts that cropped up in my previous encounter with The Blaze, when one of their contributors claimed (extremely poorly) that Christians were obligated to support the death penalty. At the time, I had never head of The Blaze, but I was left under the impression from their “About Us” page that they were supposed to be non-partisan news source which was only concerned with “the truth”… which just so happens to be ultra-conservative American traditions. Uh oh.

Well, even with that in mind, my search ended up being even worse than I had expected. Page after page of outright hatred and doomsaying over something that isn’t going to affect the vast majority of the readership in the slightest… it’s like they don’t even realize that most other Western nations have allowed gay marriage for quite some time now without society breaking down into anarchy, or religious freedoms being adversely affected.

However, the worst article of them all, titled “Gay Marriage Still Doesn’t Exist, No Matter What the Supreme Court Says” by Matt Walsh, just left me absolutely dumbfounded. Here’s the link if you’re interested, but I’m not going to break it down point by point like I normally would, because that would give it too much credit. After reading this, I actually felt quite troubled for a long time, trying to process what I had read. Normally I would put out an impassioned rebuttal, refuting the idiocy on display. However, this time it was different. There is no nuance to this rant. It is either extreme ignorance at best, or pure, unadulterated, blind hatred. As a result, I can’t really address the content of the message, but rather the frameworks which make something this vile and pants-on-head-stupid possible. 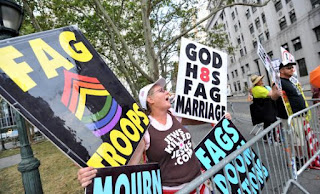 First of all, this message is endorsed and given a voice on a freaking news site. Sure, the disclaimer at the bottom of the article claims that “TheBlaze contributor channel supports an open discourse on a range of views. The opinions expressed in this channel are solely those of each individual author”, but c’mon – an article does not make its way onto a news source without getting approved through the editorial process, which effectively endorses the content whether they want to make it official or not. When they post up the article I’m going to write up about how 90% of Christians say they enjoyed gay sex when they tried it, then maybe I’ll start giving that disclaimer the benefit of the doubt.

Also, The Blaze hardly counts as “journalism”, but it has an audience and the pretenses of being a news source, so it gives this article way more legitimacy than it would have on the shit-slinging blog it would normally appear on. As of the time of this writing, Walsh’s article has gotten almost 100,000 shares, which is incredibly distressing. I imagine that a good portion of those are probably people making fun of the authour, but those shares are still exposing more people to this awful perspective and drawing more people to The Blaze. 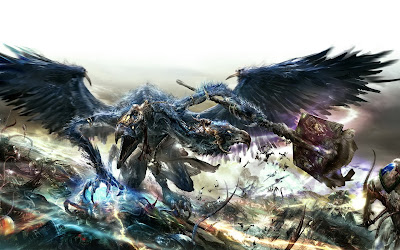 The most important factor in the creation of Walsh’s article though is ideology. This is actually why I can’t respond to the article directly, and why you either didn’t need me to break it down for you to understand why it was insane, or have no idea what I’m going on about right now. Walsh is so far ingrained into his own ideological framework (which seems to consist of ultra-conservatism, evangelicalism and/or fundamentalism, American nationalism and apparently the divine inspiration of the US constitution, among other things), that it becomes basically impossible to reason with him unless you share the same ideology. Obviously this can be applied to any ideology, including my own, but I would at least like to think that my own is based in rationality and logic, making it accessible to the majority of society to understand, and I try to hold my beliefs in some humility (rather than harping them as the concrete “TRUTH” as Walsh and The Blaze do).

With websites like The Blaze and Fox News catering to, and spreading, this sort of extreme ideology, the existence of articles such as this leaves me rather disturbed. I like to believe that my arguments can at least get through to someone, whether they agree with them or not (and that is ultimately up to them to decide of course). However, when faced with someone whose ideology is so different from my own that our respective thought processes and realities are basically night and day, I don’t know how to even respond. It’s like we speak entirely different languages, or aren’t even the same species. 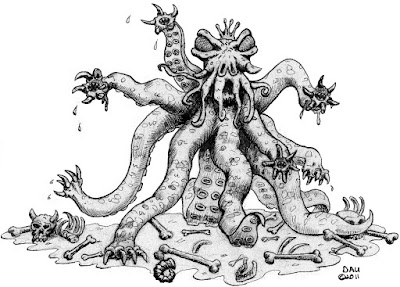 For the sake of this argument, let’s say that this is what Matt Walsh looks like.

You probably encounter this conundrum all the time. For example, look at the conservative church’s ideology regarding Israel. They believe that the modern nation of Israel is God’s chosen people still and give them their support no matter the circumstances (which they generally don’t look into anyway). Furthermore, they view all Arabic states as Israel’s enemies, who mindlessly are drawn into attempting to destroy the nation in a battle of good vs evil. However, this ideological framework is incredibly dehumanizing towards the innocent Palestinians who get caught up in the conflict. It ignores all the flagrant human rights violations that Israel is committing (and in fact, our unwavering support for Israel empowers their ability to get away with it). It also makes it seem like conflict is inevitable, part of a conflict that has been going on endlessly for a thousand years, but this completely misses the modern roots of the conflict which stretch back to the era of colonialism and can be potentially defused in time. The extremely bitter sides of the abortion “debate” also can be boiled down into a conflict of ideology – one side views it as a human being at conception, others as a fetus.

As long as we stubbornly hold onto our ideologies and refuse to even consider anyone else’s perspectives, we’re going to continue to run into situations like these where we can’t engage in any meaningful dialogue. Unfortunately, I don’t think there’s an easy solution to this issue: it takes time for people to change, so the only real solutions are to work on them with compassion, or ignore them. I’m hoping that, through education, we can someday see an end to hateful ideologies, such as those held by Matt Walsh and The Blaze… until then though, we’re going to have to bust out Google translate and try to get through to those whose thought processes are so radically divergent from our own.