I recently watched Alt-Right: Age of Rage on Netflix. If you’re not really familiar with the alt-right and their connections with white supremacists (and holy shit, it’s 2019, you should be) then it’s a good primer. There’s a segment near the end though that has really gotten me thinking since I watched the documentary. During a montage there is a voice-over which goes on a conspiracy rant about how the alt-right is preparing society to accept mass genocides which are going to happen as a result of ecological and economic disasters. While I feel like the idea that this is the true intent of the alt-right, as if they’re being controlled by some shadowy puppet master, is a bit much, there are elements of this notion that ring true. 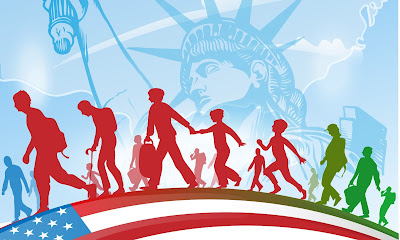 With the rise in nationalist movements, xenophobia has become a serious wedge issue which politicians are keen to latch onto. Governments which try to take a stand in favour of immigration seem to be on the brink of political collapse as populist movements push back, surged by xenophobic fervour. While there are certainly reasonable levels immigration restrictions (no one wants dangerous criminals in their country after all), the degree of xenophobia and straight-up racism which dominates this conversation now is deplorable. Syrian refugees are fleeing war? They must be hiding terrorists amongst them, or they’re going to become the majority and institute sharia law, so we can’t afford to let any in. We need merit-based immigration, the kind which most of our existing citizens couldn’t even qualify for! And hey, why can’t we get more immigrants from white countries instead of shit-holes? Ugh… Don’t even get me started on America’s disgusting campaign against illegal immigration, Dreamers and asylum seekers. It’s clear that the aim is to circle the wagons: keep the “right” people in the country and not let any more “others” in.

So what are these people so afraid of? How does it affect the average citizen at all for immigrants and refugees to get a slice of the American pie? Putting aside racism (which is a major factor), it comes down to the old parlance, “they’re stealing our jobs!” There’s this idea that if you let immigrants in, then they’re going to vacuum up money which could have gone to “real” citizens (you always get some idiot chiming in with something along the lines of “why aren’t you giving money to veterans instead of immigrants?”). Naturally, this ignores that immigrants are essential to a healthy economy, especially considering that our workforce is ageing and that the birth rate is declining. Regardless, there’s a notion that immigrants are a drain on our resources, one which is fuelled by disingenuous anti-immigration propaganda farms on social media. I’ve talked about it many times in the past, but this is a perfect example of the dangers of voter ignorance, where political activists are manipulating people into a frenzy in order to get them to vote the way that they want. 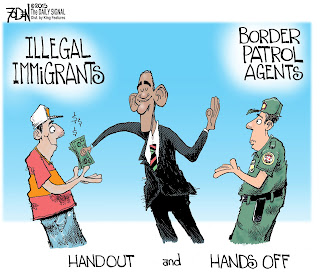 As bad as the xenophobic trend is now, you also have to factor in the effects that climate change is going to have in the coming years. Climate change will affect everyone, but it’s going to be felt most keenly by poor people, especially in impoverished regions. This, in turn, is going to lead to even more refugees as time goes on and as people become displaced by rising sea levels and severe weather events. Make no mistake – this creates an environment in which people are going to be displaced and die en masse. Considering that industrialized nations have contributed to this environmental crisis and refuse to do anything serious to combat it, the notion that we can just wash our hands of the human impact of climate change is unacceptable. People will certainly die, but we can mitigate the death toll if we’re willing to allow refugees into our countries. If we refuse to act due to racial prejudice, this will be essentially genocide against anyone who isn’t one of “us”.

Perhaps the most depressing aspect of this to me is that evangelical Christians, the self-described “pro-life” types and the ones who believe that they are the moral bastion of society, are also the ones most likely to deny climate change and oppose immigration. This isolationist bent is, of course, in blatant opposition to The Bible that they claim to follow. Christians should be leading the charge to welcome refugees, to shelter Dreamers from ICE agents and denounce the disturbing trend towards fascism across the globe. Instead, I question whether they’ll even have the self-awareness to say “I didn’t know” when their apathy towards climate change and refusal to welcome immigrants leads to deaths across the globe. 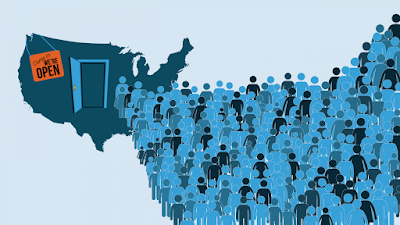 Like I said at the start, I don’t believe that white supremacy is being trotted out once again in order to prepare us for this depressing future. I do, however, believe that if racism and anti-immigration sentiment continues, we’re not going to be able to do anything when there are people literally dying to find safety within our borders. Call me a bleeding-heart liberal, but we can’t call ourselves moral people if we’re going to stand by and allow people to suffer so that we can live just a little more comfortably.