The tonal whiplash is real: I just got off of a pretty dire warning about isolationism and white supremacy, and then we’re straight into a hype piece about the next generation of Pokemon. That’s just how we roll here at IC2S. I’m hoping to have more Pokemon content starting this year, with videos on Youtube and Twitch streaming by the time Pokemon Sword and Shield release. If you haven’t seen the reveal trailer, you can do so below:

Suffice to say, I’m hyped for these games. After going through the trailer a few times now, I’ve noticed five details which have gotten me hyped that I want to point out. Tomorrow, I’ll go over some of my speculations as well. 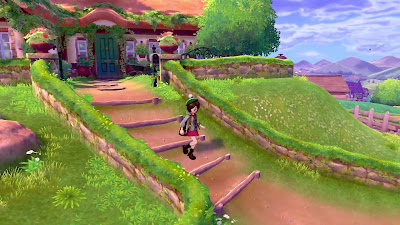 This is a bit of a given considering the move to the Nintendo Switch, but Pokemon Sword and Shield look gorgeous, easily the biggest leap in visual quality this series has seen since at least the 3rd generation, if not the biggest leap ever. It’s one thing to see a screenshot and marvel at the detailed environments (more on those later), but it’s another to actually see them in motion. The Pokemon themselves are also very vibrant and, thankfully, retain their cartoony look. I was maybe just a liiiittle worried that they might go the Detective Pikachu route and make them start looking more “realistic”. The animations have also been improved as well, and we see a moment in the trailer where the player character walks down a set of stairs… such a mundane-sounding thing, but in motion it’s actually quite remarkable. Seriously, if you still haven’t watched the trailer, do it!

4) The Galar Region Looks Quite Diverse 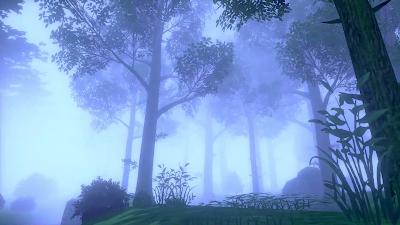 Each Pokemon region always comes with its own distinct flavour, although some stand out a bit more than others. The Galar region is shaping up to have its own distinct flavour and plenty of diversity to its environments. In total, we see a grassy farming town which is presumably where our character begins their journey, an awesome-looking Zelda or Dark Souls-like misty forest, an urban environment which almost looks steampunk in terms of its aesthetic, a snowy mountain village which also appears to have an icy beachfront (what the hell…?), a stadium, an awesome-looking mine shaft and a laboratory. That’s not all either, there is a map shown during the Nintendo Direct which shows that there even more environments that we haven’t seen yet and strongly suggests that Galar is based on the United Kingdom. My only concern here is that the Galar region appears to be quite linear, so unless I am wrong the options for player exploration are going to be considerably limited during the main storyline. We’ll have to see as the release date gets closer, but for now that’s something to keep an eye on.

3) Random Battles Are Confirmed… and DexNav as Well? 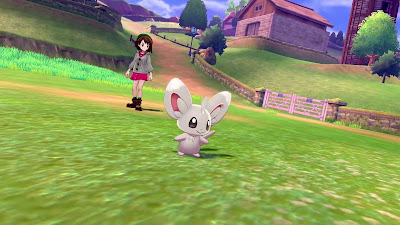 After the release of Let’s Go Pikachu and Eevee and the significant changes to the core formula in those games, there were hesitations amongst fans about whether elements from those games would carry over into Gen 8. In particular, there was a lot of debate about whether Pokemon would appear in the overworld or if they would be encountered in random battles as they have been traditionally. Personally, I would have loved for Pokemon to appear in the overworld, but considering that Let’s Go also didn’t even have traditional battles against wild Pokemon, it’s a trade-off that I’m willing to accept. Battling has always been what I love most in Pokemon, so having it confirmed as a core part of the experience was enough to ease any lingering worries I might have had for these games.

Also interesting to me is that, in the trailer, the random battle occurs while the player character is tip-toeing through the grass. Unless this is purely an aesthetic animation, this suggests that the DexNav from Omega Ruby and Alpha Sapphire is returning, or perhaps some other form of sneaking mechanic (maybe tip-toeing reduces your odds of encountering wild Pokemon). This will definitely be a feature to keep an eye on in future announcements, but don’t be surprised if a sneaking mechanic is officially revealed sometime soon. 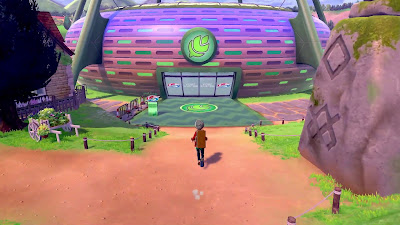 It took a moment for this to really sink in, but holy crap, gym battles are back in Gen 8! I touched on it very lightly in my Gen 7 Love/Hate post, but the traditional gym battles had been replaced in Pokemon Sun and Moon with “island challenges” – contests which varied from island to island which would involve collecting items, battling wild Pokemon, solving puzzles and then eventually battling a boss-like totem Pokemon. They were interesting, but I never found them as fun or challenging as gyms were. So the fact that we appear to have a Grass-type gym confirmed in the trailer, it’s safe to say that gyms are back in some capacity. The Grass gym also appears to be the first gym that we will have to face, meaning that the Fire starter is going to be the starter of choice for players wanting an easier early game. 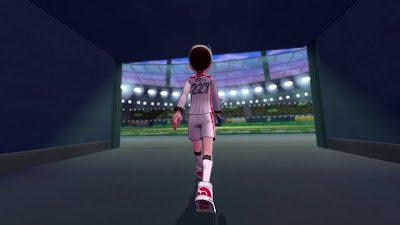 The trailer ends on a very curious note, with the player character stepping out onto what is presumably a soccer field, especially considering that they are dressed in a soccer uniform. What exactly is this going to entail? Could this perhaps just be something tied into the story? After all, we don’t even see the player character bringing Pokemon in with them. However, we do see Pokemon battling in a stadium elsewhere in the trailer, so it seems more likely to me that this has something to do with battling. Is this the new “gimmick” mini-game, similar to contests from previous generations? Is it a new battle style, like the battle royales in Sun and Moon? Will it be more like the sports stadiums in Gen 5, which were basically just daily trainer battles? Or will Game Freak totally surprise us and make a full-fledged mini-game akin to the awesome Monkey Soccer from Ape Escape 2? If I can play soccer with basically any Pokemon, stats incorporated and all, I’d probably shit myself from excitement. You know what you have to do Game Freak: my underwear won’t thank you, but my heart will.

That’s it for now. Tune in tomorrow (fingers crossed) and I’ll go through my speculation for what we might see in Pokemon Sword and Shield!