Whoa, where did the last week ago? I can hardly believe it’s been 7 days since my last blog post! Anyway, I probably should have anticipated this, but my last post (in which I mentioned that my page views had shot up astronomically) has actually become one of my most popular posts already. It’s currently my 6th-most viewed post and by far my most commented-on. Anyway the referrer site, “topblogstories”, petered out its referrals a couple days after I posted my last update, although it seems that I’m still getting a few views from them every once in a while. For the record, if you get referrals from them, then do not click on their links. 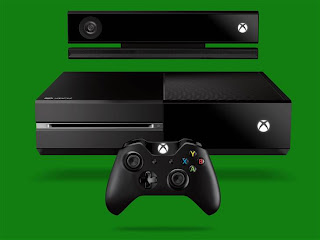 In other news, the XBOX ONE was announced a couple days ago. I’m not going to weigh in what I thought in too much detail because it’s already being done to death, but I do think that Microsoft really bungled things with the new hardware architecture. Of course, the bit about used games and always online is only confirmed by Wired at the moment, so we’ll have to wait until E3 for a clearer picture of what’s going on. That said, if it is true, then Microsoft is going to take a lot of flak. I think Sony definitely has the initiative at the moment in the upcoming console war (disclaimer: I’m a Sony fanboy, but as you will hopefully note, I do my best to remain impartial). Of course, Microsoft also claims that XBOX ONE’s exact features aren’t complete yet, so they may drop the no used games/always online thing entirely. In fact, maybe the Wired article was an intentional “leak” to test the waters and see if they would include it in the final hardware. Of course, now I’m conspiracy theorizing, and I don’t really believe that myself, but it’s an interesting idea nonetheless. 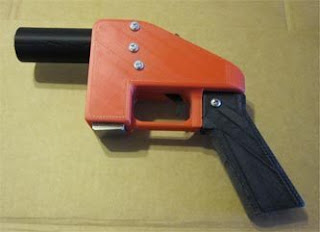 Also, some more current events have harkened back to an older article I wrote in the first couple months of this blog’s life. 3D printers have been in the news a lot lately, which (of course) brings back concerns about 3D printed firearms. In fact, apparently a group has made a gun which is ENTIRELY 3D printed (if you’ll recall, the only part of the gun which was 3D printed was the lower reciever). That said, this new development is really not that much to worry about… well, yet at least. For one thing, this is just the first working 3D printed gun – I’m sure that, over time, there will be better developments in the technology, at which point it may become a full-blown concern. A secondary concern is that, yes, it costs $10,000 to produce a 3D printed gun at the moment, but soon enough the technology will be far cheaper. Finally, this doesn’t address the gun from my previous post – it is a fully-functioning AR-15 and so it won’t just fire one shot and it won’t melt anywhere near as quickly as an exclusively plastic weapon. So 3D printed weapons are still a bit of a concern, but perhaps not an entirely pressing one.