If you’ve been on the Internet for a while, chances are you’ve heard of the batshit insanity which is Conservapedia, a wiki with an extremely abrasive, right-wing, Christian fundamentalist bias. Featuring such enlightening articles such as how all liberals are totally stupid, corrupt degenerates and a list of college majors that’ll turn you into a dirty liberal, the site is clearly totally unreliable to anyone with half a mind to think for themselves – and yes, I’m including plenty of conservatives in that estimation since the site alienates all but the most hard-line fundamentalists. However, Conservapedia does include one interesting little tidbit to be stumbled upon that I’ve been mulling over lately. The site’s founder, Andrew Schlafly, famously declared in an interview that “the best of the public is better than a group of experts”. Unlike most things espoused on Conservapedia, I think that the best of the public is a philosophical idea which actually deserves some examining to determine whether or not it actually holds any water, and to see why Conservapedia might want to promote such a doctrine.

The primary philosophical idea which Conservapedia tries to combat with the best of the public is that of “gatekeeping”. Gatekeepers refer to those who control the flow of knowledge, and can affect the social perceptions of individuals. This is also how experts are created because they are educated within the social system – as a result, their beliefs are often tempered towards the status quo. This also ties into credentials, since having good credentials signals that someone is an “expert” and therefore more powerful on the social hierarchy than someone who has no credentials. As a result, people will continue to support the status quo in order to avoid losing their authority. This is the basic idea that the editors of Conservapedia put forth to support their best of the public philosophy: since “experts” are compromised by the status quo, they cannot support the truth. The public is free from such conflicts of interest and therefore a non-expert can look on a subject without bias. However, since they are not credentialed experts, the best of the public are often shot down by experts for not having experience. In its most basic form, the best of the public actually seems to offer a decent argument for why the public can be better than the morally compromised experts. Continuing this Philosophy 101 line of thought, Conservapedia experts seem to feel that the best of the public are like those who were released from Plato’s cave, individuals who aren’t trapped in a monolithic structure and are able to see the truth that the experts are ignorant of. 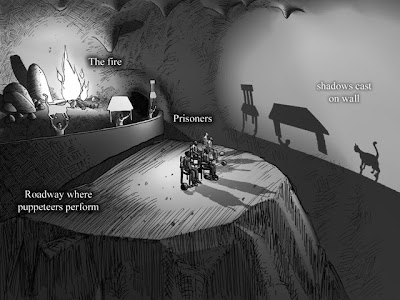 However, the whole philosophy has some pretty enormous logical holes. First of all, how does one determine who the best of the public are? Does any random Joe Shmoe off the street qualify? The only way I can give the idea any sort of credence is if the “best of the public” has extensive knowledge of a subject in question, otherwise they’re just “the public”… of course, this dramatically lowers the number of people who can qualify, and overlaps significantly with “experts”. The examples on the best of the public page don’t really help clarify matters any – how the hell is the Virgin Mary an example of the “best of the public”??? Is anyone who did anything without getting credentialed for it first suddenly considered “the best”? Geez, I must be the best Tim Horton’s employee ever because I didn’t do my training videos to get credentialed! 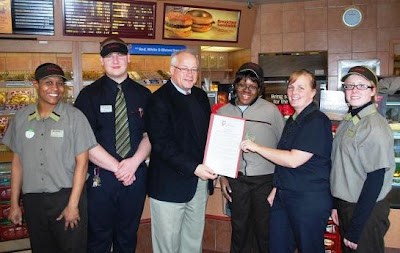 Pfft, look at those “experts”. I’d take ’em all on in a Timbit war, blindfolded.

There’s also the problem that the best of the public just makes less sense than credentialing. Put simply, the expert opinion social structure has more sound reasoning behind it. Experts are considered as such for a reason – they (generally) know what the hell they’re talking about. They’ve studied the topic for years and so should have a good idea of the arguments and counter-arguments within the community. Comparing an expert to a guy who read all about a topic on Wikipedia Conservapedia and then claiming that the uncredentialed guy has more authority on a subject than someone who dedicated their life to studying and experiencing it is just lunacy. Oh and of course, if the uncredentialed person in question is a liberal then they’re disqualified from being the best of the public by default regardless of their stance.

While the best of the public is probably not a very great way to go about reforming the social construction of knowledge, it does have some good insights. Experts might be given too much credit sometimes, as it’s very easy for them to throw out their credentials or experience and rub it in someone’s face, rather than addressing counter-arguments directly. Ideally, the best of the public can stand beside expert opinion and shape knowledge together… but they’ll have to put politics aside first if they want the idea to have any sort of chance of working. 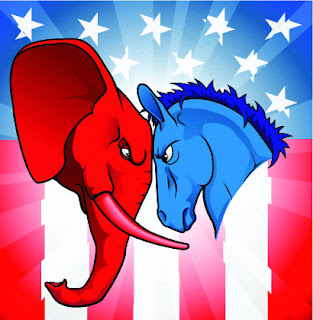 For the love of God, please put the politics away before someone gets hurt.

For further reading on the issues with the best of the public, check out the RationalWiki’s article on the subject. Just a note of discretion, RationalWiki is basically just the anti-Conservapedia-wiki so it’s not like its unbiased, but the points they make are certainly quite valid and helped shape my own ideas on the subject.