This weekend, I stumbled upon a news article that absolutely floored me. It was called “Why Christians Can, And Should, Support the Death Penalty” by Mary Ramirez, and was posted on The Blaze in response to the Dzhokhar Tsarnaev trial verdict… bloody hell, I never expected that I would be writing so many damned posts on religion when I started this blog back up…

Look, I can understand why someone would potentially support the death penalty, so this isn’t intended to be a political critique. This is an issue that can cut across party lines (but tends to be more common amongst conservatives). Where I take issue with this article is that Ramirez claims that there is some sort of compelling evidence that makes it so that Christians should support the death penalty, which is just a baffling statement. Now obviously I don’t know Ramirez personally so I’m going to have to go off of some speculation, but I would argue that Ramirez’s political and cultural stance has definitely coloured her opinion on this issue, far more-so than any actual Biblical study. 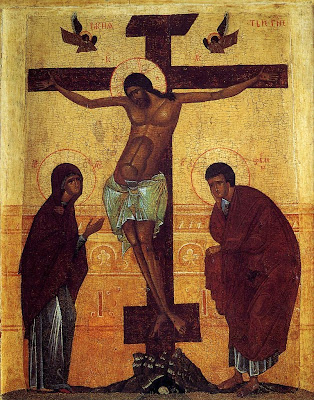 First of all, she cites a single verse to claim that the Bible condones capital punishment, Romans 13:4:

“For the one in authority is God’s servant for your good. But if you do wrong, be afraid, for rulers do not bear the sword for no reason. They are God’s servants, agents of wrath to bring punishment on the wrongdoer.” (NIV)

It would seem pretty cut and dry if not for one problem – Paul is not Jesus, and the gospels themselves are pretty cut-and-dry on the issue of capital punishment. John 8:3-11 states that:

Jesus returned to the Mount of Olives, 2 but early the next morning he was back again at the Temple. A crowd soon gathered, and he sat down and taught them. 3 As he was speaking, the teachers of religious law and the Pharisees brought a woman who had been caught in the act of adultery. They put her in front of the crowd.
4 “Teacher,” they said to Jesus, “this woman was caught in the act of adultery. 5 The law of Moses says to stone her. What do you say?”
6 They were trying to trap him into saying something they could use against him, but Jesus stooped down and wrote in the dust with his finger. 7 They kept demanding an answer, so he stood up again and said, “All right, but let the one who has never sinned throw the first stone!” 8 Then he stooped down again and wrote in the dust.
9 When the accusers heard this, they slipped away one by one, beginning with the oldest, until only Jesus was left in the middle of the crowd with the woman. 10 Then Jesus stood up again and said to the woman, “Where are your accusers? Didn’t even one of them condemn you?”
11 “No, Lord,” she said.
And Jesus said, “Neither do I. Go and sin no more.”

Now, I am well aware of the textual issues of this passage, but I quite like a pair of justifications for it: that it was removed from the earliest copies of the gospels to avoid claims of condoning adultery (which I can totally see happening), or that it was a well-known event which was recorded elsewhere and added to the Gosepels at a later time. That said, even if it is not a part of the original passage, I have two rebuttals. The first is that it is consistent with Jesus’ other teachings (eg, Matthew 5, Matthew 7:1-3, Matthew 22:36-40). Secondly, its original “authenticity” should irrelevant to a Biblical literalist, since they believe that the Bible was basically written by God and is inerrant and without contradiction (in case my tone hasn’t given it away, I am not a literalist myself). 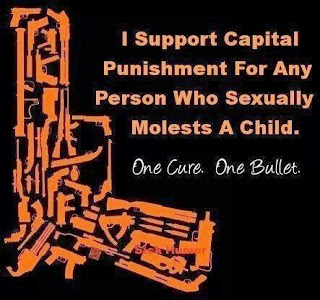 This leaves us with Jesus making one definitive statement while Paul makes another, so what should we make of it? Well, I would look at it thusly: Jesus’ commands supersede Paul’s. Paul’s writings are still important obviously, but he still boils down to a major evangelist interpreting the gospels and preaching them to people. This also can go some way to explaining some of the problematic or outright false statements in Paul’s gospels*. For example, read the rest of Romans 13 and you’ll see what I mean. Are we supposed to believe that the Taliban or ISIS are God’s servants because they have been put in a place of authority? Are we wrong to call out government programs, such as apartheid, unjust since Paul says that only wrong-doers need fear the government? Is state-sanctioned ethnic cleansing an acceptable use of the government’s power? Obviously the answer to all of these is no, which flies in the face of what Paul’s actual writing says if you’re a literalist.

That said, you don’t have to throw out this verse by any means – with the context of John 8:3-11 in place, Romans 13:4 suddenly changes from a command to support capital punishment to an endorsement of separation of church and state. It is within the state’s abilities to perform capital punishment, but it is not the place for a Christian to partake in it. 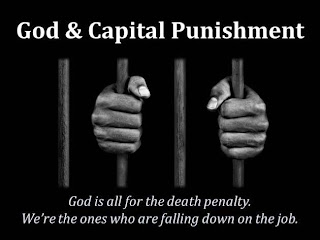 Anyway, moving on to Ramirez’s second point, she decides to focus in on the literal meaning of the commandment “thou shalt not commit murder”. I’m honestly not entirely sure why she does this, because it doesn’t seem to support her argument all that well, but I’ll go with it for now. It seems to me she’s trying to justify capital punishment by saying that the Bible doesn’t count it as murder, because the commandment against murder applies to unjust and unlawful killing only. This… is a strange argument, to put it lightly. For one thing, it feels like a regression on her previous point (and my arguments regarding that point have basically already refuted this point as well, so the more I talk about it, the more time I feel that I’m wasting). This just feels like someone grasping for a technicality to try to justify their own position, as follows:

Premise 1: The Bible commands that “thou shalt not commit murder”.
Premise 2: Murder refers to an unlawful and malicious act.
Conclusions: It is permissible for the government to perform capital punishment.

As you can probably see, this is a rather shaky argument and one that could easily get knocked down (eg, sure, maybe it doesn’t count as murder, but does that mean it’s still okay for the state to kill people? When it is permissible?). In any case, it feels redundant even giving time to this point. 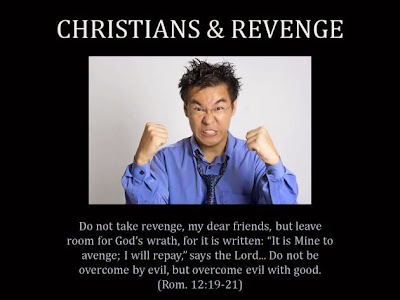 Finally, Ramirez addresses a third point, the defence of society. You’ll probably notice that this isn’t a “Christian” argument, it’s a political/personal one. Now this is fine normally, but for an article that’s supposed to offer Christian reasons why to support the death penalty (and is doing a fantastically poor job of convincing me), this is an out of place point and simply illustrates that she is shockingly lacking in evidence for her actual point. Again though, let’s just go with this one in any case. She starts her argument referring to a movie where someone overcomes conscientious objection in WWI, arguing that the need to defend their loved ones supersedes their convictions regarding killing. This is a fair enough point honestly, and one which I am not sure where I lie: as much as I like Benjamin L. Corey, I have trouble getting entirely on board the Christian pacifist train, despite largely agreeing on a philosophical level.

However, this point is rendered moot when Ramirez throws down the most outrageous sentence in the whole article:

“Did you ever stop to think about how ending the life of a monster like Tsarnaev is an act of self defense?”

This is just an insane mischaracterization for so many reasons. Most importantly, it is comparing two things incorrectly. If she was comparing conscientious objection to a police officer having to shoot someone who is actually an active danger to the public, then that would be one thing (in fact, this can be applied to Tsarnaev’s brother without a second thought). However, Tsarnaev himself is in custody and would have faced a lifetime in prison if he hadn’t been handed the death penalty – put simply, he isn’t going to hurt anybody anymore (and in fact, he’s probably going to get the shit kicked out of him by the other prisoners). Strictly speaking, it doesn’t matter whether Tsarnaev gets the death penalty or life in prison, because in both cases, as long as he serves his sentence, then that it justice. Considering that Tsarnaev isn’t a danger to the public, a Christian should hope that his death penalty sentence will be overturned and he will instead get life in prison. 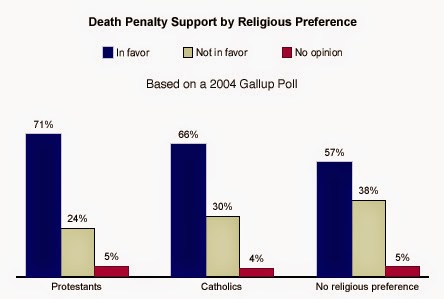 There are a few very practical reasons why a life sentence is preferable to death. First of all, from the Christian perspective, it would be pretty reprehensible to take someone’s life without allowing them to attain salvation. On a related point is that so many years pass between the sentence and the execution that people generally have changed significantly. I’m not saying that they should be released by any means, but what are the chances that in ten years, Tsarnaev will understand the enormity and evil of his actions? Having someone who can speak out about extremism and delusion is far more valuable than eliminating them outright. That brings us to our next practical reason why not to execute prisoners, and that is that Tsarnaev will become a martyr to the cause. This has happened time and time again, and you could argue pretty convincingly that this is what Tsarnaev wants right now – which, again, is reason enough to deny it and work at reforming him. Also worth considering is the costs: many people think it’s too expensive to keep prisoners locked up, but it’s nothing compared to the cost of executing a prisoner, due to the necessity of the appeals process. And why is the appeals process necessary? Because of my last point, because innocent people have been executed in the past. Obviously Tsarnaev isn’t one of them, but in a more general sense, people have been sentence to death unjustly. I know that the existence of people executed unjustly flies in the face of Romans 13, but trust me on this one – in principle, the state should not end lives on the presumption that anyone can be exonerated if evidence of their innocent exists.

After all of that though, I have to say this: Mary Ramirez is more than entitled to support the death penalty. I myself supported the death penalty when I was in high school, which was probably the most devout period of my life up until this past year. However, my support of the idea at the time did not come from my faith, it came from my political principles at the time. However, if you support the death penalty then that’s one thing, but if you’re going to try to use the Bible to justify it and to claim that all Christians should do so as well, then you’ll need to do MUCH better than this.

*Paul’s epistles tend to be rooted very specifically in a time and place, but this conflicts often with “modern sensibilities” (slavery, feminism, etc). It was a reality at the time that slavery was a thing, that men were the uncontested heads of the household and that capital punishment was a common punishment for damn near anything. However, considering that times have changed and that these (amongst any other issues in Paul) are no longer everyday realities, can we argue that, for example, women are required to submit to their husbands or cannot lead a church congregation? I would argue that no, they do not – Paul’s letters were intended to teach the people of the day in the climate of the day, so interpretation is far more necessary than in other sections of the Bible.