So in my previous post on Christian media industries, I ended up covering a lot of ground and a lot of different facets of the subject. However, I unfortunately covered so much ground that I skimmed over some stuff that I wanted to mention when I first conceptualized that article, and before it ballooned out of my control and turned from an overview into my concerns with Christian media. I’ll probably turn this into a small series, I already have a Part III outlined that I would like to write about. So with that in mind, we’re going to dive back into the surprisingly interesting world of Christian media industries…

When I first sat down to write about Christian media, I had intended to dedicate a section each to both Christian movies and video games, but I ended up cutting this out because I had a bunch of other things I wanted to mention instead. Previously I had said that “many Christian artists actually want to reach out to the broader culture, but their message doesn’t get the needed reach” due to the insulated marketing of the Christian media. This principle doesn’t really seem to apply to Christian movies or video games for the most part – almost all of them seem to be completely and exclusively marketed towards the Christian audience. The reason for this should be pretty simple: even low-budget movies and video games are very likely going to be more expensive to produce than books or music. This means that the risks that the producers are taking on are going to be substantially more compared to other segments of the Christian media. Considering that they are already cutting down on their potential audience with their low production and marketing budgets and Christian themes, it makes basically no sense for producers to market to the general public, especially if they want to turn a profit. The Christian market is, after all, rather large and potentially quite lucrative. 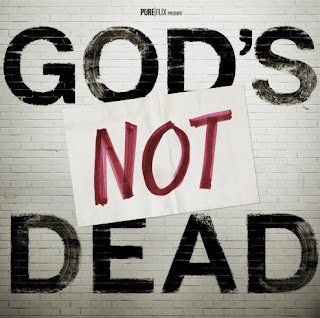 Low budgets and basically non-existent marketing campaigns have proven to be a good strategy for the Christian movie and video game industry, since Christians have basically proven that they will buy anything, quality be damned, as long as it has a Christian label slapped on it. There’s a reason why even major studios, such as Fox, have their own Christian division (specifically, an evangelical-targeted division). Hell, even The Asylum (the most notoriously parasitic, profit-focused studio out there) has a Christian division, and it’s not because they’re trying to push their sense of morality on anyone – this is the same studio that creates “mockbusters” and softcore porn, because it’s the most efficient way for them to get money. It has been proven time and again that producers can choose to invest so little in a Christian movie that they are basically guaranteed to turn a small profit, because many Christians don’t seem to be very discerning about the quality of their media, as long as it has the “right” message (hence why utter shit like Bibleman is able to get made and get God knows how many sequels). 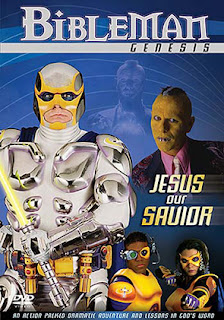 Video games have a more difficult time on this front though. Video games are hugely expensive to produce and tend to take huge teams to actually see them through. As a result, the ones that do exist are generally made by parasitic publishers who are just looking to make a quick buck off a low-quality game, or are made on shoe-string budgets by well-meaning (but potentially crazy) people who drown the product in an obtuse level of preachiness to justify the expense. They also tend to be really derivative: on the best end of the scale, you get Guitar Praise, which is basically Guitar Hero with Christian rock music, and on the worst end, you get stuff like Bible Adventures (I actually used to play this game in my childhood… all I really remember is that it controlled horrendously and the art is pretty awful for a NES game). Games that try to do something different, like Left Behind: Eternal Forces, are hamstrung by their low budgets and get plagued with technical issues (not to mention that Eternal Forces has been mired in controversy, even if its gameplay wasn’t a buggy mess). Luckily for Christian video game publishers, parents who buy Christian games tend to not be very discerning about the quality of the game, so many of these games are able to scrape back their budgets. 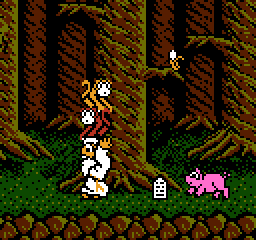 One thing that helps Christian movies to succeed (and also why there has been a growing trend over the past couple of years for there to be one or two “big” Christian movies receiving a wide release) is the concept of word of mouth. Street-level buzz is a key factor that basically every movie wants in order to get maximized profits, but Christian media has it built-in with weekly church gatherings. This is the reason why The Passion of the Christ was such a massive success, why studios can risk a large budget on a mildly-Christian blockbuster such as Evan Almighty or The Chronicles of Narnia* and why we’re seeing more and more movies like God’s Not Dead and Expelled (low budget, limited theatrical release movies aimed squarely at the Christian market) – churches basically provide free advertising whenever a Christian movie gets any sort of theatrical release. This follows the social marketing principle of influencers, where you get market to a few key members in a group, who will in turn market to a wider audience with far more effectiveness than a traditional advertising campaign could accomplish. This was demonstrated quite effectively when church pastors were calling on their congregations to go see The Passion of the Christ, or when Sunday school leaders were putting up posters for Evan Almighty or The Chronicles of Narnia (not to mention that a large number of churches are going to buy up copies of the movies for their libraries). 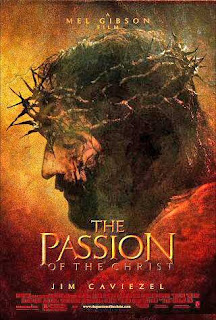 Aside from the costs involved, I would argue that the second biggest issue with Christian movies and video games is the lack of talent involved. Unlike Christian musicians, there is no system built in to most churches which fosters movie making or programming talent, so these kinds of artists will have to search elsewhere to develop. Furthermore, those who do have talent will likely be turned off of the Christian media industry anyway due to the very limited number of opportunities and the industry’s notoriously awful reputation. Any who do stick around will probably find their talents stifled by creative restriction, shoestring budgets and those with significantly less talent. 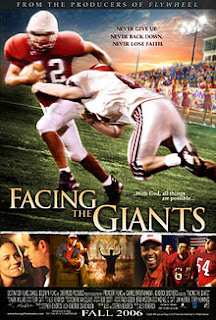 Even when there is a modicum of talent, there still tend to be some major issues which keep Christian movies from achieving any sort of mainstream recognition. I would argue that the Kendrick brothers are probably the most talented Christian filmmakers out there at the moment, but they still get poor-to-mixed reviews… and for good reason. They can shoot a movie quite professionally, but their films struggle in most other departments due to a lack of talent elsewhere. First of all, their films usually feature amateur actors, which is really problematic because all of their films are dramas – arguably the genre which depends the most on good acting to succeed. Secondly, their scripts tend to be weak, relying really heavily on cliche, tropes and literal “deus” ex machina to solve the conflicts, with basically no subtlety whatsoever. Most egregiously though, their movies are RIDICULOUSLY PREACHY. As one review stated about their film, Fireproof, it “stops becoming relatable to us all and only to the already, or easily, indoctrinated.” I remember that when I saw Facing the Giants I thought it was pretty good, but lamented that you could never show this to a non-believer because it was clearly made for the already-converted, preaching about how good God is to us in basically every scene. Hell, it honestly even becomes grating to those who already believe – I get it, already, do we have to grind the film to a halt every 5 minutes to remind us that God is where our strength comes from? Bloody hell, some subtlety would instantly take the Kendrick brothers to higher places.

As you can probably see, Christian movies and video games have the rawest deal in the Christian media industry. Christian books and music have an easier time succeeding due to the lower costs involved and the fact that the church itself helps to foster their development, but movies and video games are basically left to the desperate faithful trying to get out their message, or predatory studios looking to make a quick buck off the undiscerning masses. With the recent high-profile disaster that was the Left Behind remake stinking up theaters, I can’t see this trend changing any time soon, unfortunately… However, I do have some hope with the increasingly growing indie development scene potentially producing some great Christian media which doesn’t seek to pander to the evangelical market, but rather seeks to portray Christian themes and foster thoughtful spiritual dialogue. One can only hope at least.

*However, they water it down quite a bit so that it still appeals to the masses of course, but play up the Christian elements when marketing it to the church.