Sorry that I missed last week’s playlist update with basically no warning, the last couple weeks have been extremely busy for me. I have been travelling all over the place recently, mainly between work and my brother’s wedding. The wedding was the main reason that I delayed the playlist for a week, since I was a part of the wedding party and had to head down to St. Catherines to attend. However, we’re back on track now and will hopefully continue to stay fairly regular. 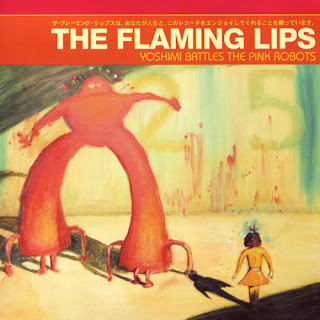 First up this week is “Fight Test” by The Flaming Lips from Yoshimi Battles the Pink Robots. This is far and away my favourite Flaming Lips album and song, and happens to be the song which first hooked me into them. When I was in high school, a friend of mine asked to borrow my flash drive so that they could listen to some music on the school computer. However, they forgot to take the songs off of it afterwards, so when I got home I found some new music to check out. I had expected to like the They Might Be Giants stuff that was on there because I had heard a lot of good things about them, but I ended up getting disappointed. There were a few other artists as well, but none of them really appealed to me. Finally I came to Yoshimi Battles the Pink Robots and wasn’t expecting much. However, “Fight Test” immediately transfixed me and left me saying “holy shit, this is actually very good”, before I went and listened to the rest of the album.

If you haven’t listened to them before, The Flaming Lips are a rather experimental psychedelic rock band. Yoshimi is easily their most accessible album, and arguably their most polished as well. “Fight Test” is one of their most resonant songs in my opinion, wrestling with the questions of when it is appropriate to take the high road and when it is necessary to stand up for yourself. 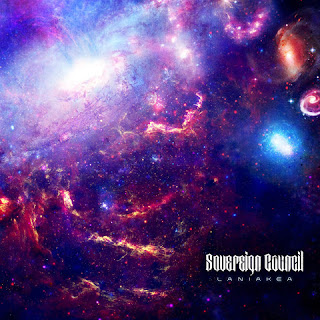 Secondly we have the title track “Laniakea” by Sovereign Council, which just went up on Spotify in the last week. Hopefully you will have ready my album review already, in which case you’ll know that I’m really digging it. Ideally, I would have chosen “Morta”, “Nona” and “Decima” for this week in a heartbeat, but unfortunately they would have to be three separate tracks (sure, I could have just put them in sequentially, but if you put the playlist on shuffle then that gets totally ruined). As a result, I chose the title track since it’s one of the strongest on the album. I saw Sovereign Council perform this track live on the first of August and the performance actually made me like this song even more than I did before. It’s pretty indicative of the overall sound of the album, so if you like “Laniakea” then be sure to check out the rest of the album.