Although it seems to have cooled off slightly in the last couple years, western culture seems to be obsessed with the pessimistic notion of the coming apocalypse. I’m not sure if it’s a matter of correlation or causation, can you blame them when the American church is, at its core, super-pessimistic? Seriously, all the preaching about redemption and hope from a loving God is meaningless when you immediately turn around and preach about the same God getting pissed off about basically everything and threatening to torture you forever for things you have no control over which He put in you in the first place.

All of this isn’t even something you’ll notice if you’re within the ideological framework, but if you stand back just a little bit and view it with outside eyes, then you might notice that the Christian worldview looks less like the love-centered philosophy we espouse and more like something out of a Metalocalypse episode. 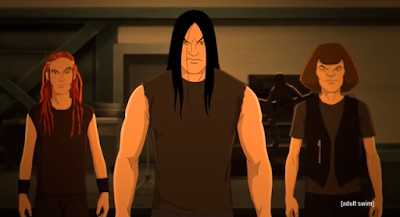 This idea started to formulate itself when I was listening to Christian metal of all things. I have noticed from listening to Weathered Steel radio that a very large percentage of Christian metal revolves around the apocalyse or how society is breaking down and hating the Christian message. As much as I love the band, Impending Doom is probably at the forefront of this trend – Death Will Reign is my favourite album that they have put out, but nearly every song on it is just so pessimistic about the world’s future that I find myself having to enjoy it with a theological grain of salt.

Anyway, Christian metal has always seemed to occupy a bit of an odd slot within the Christian media industry. For one thing, it seems to be a fairly popular for a niche subgenre. It is also looked down upon by many in Christianity, who think that all things metal are purely evil. However, as you have probably figured out by now, I would argue that Christian metal might just be the most honest expression of the current Christian dogma here in North America. 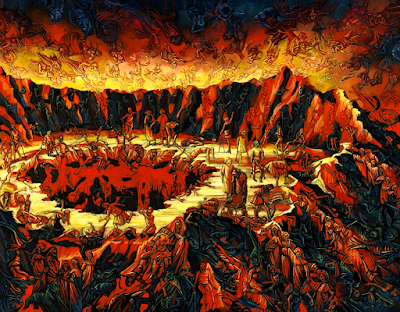 Think about the worldview that our current dogma is portraying. Since most churches in North America have incorporated eschatology into our theology in the last hundred years, we have claimed with utmost sincerity that, as the world continues to advance, there will be violence. They preach about unavoidable future apocalyptic events which will wipe out the entire non-Christian population (in God’s great grace and mercy, no less) and bring about the destruction of the entire world. We preach hell as a literal place of fire and pain, where people are tortured for all of eternity with no relief, all because they didn’t choose to believe a specific ideology during their finite lifespan (or, even worse if you’re a Calvinist, because God decided that you weren’t worth saving). In addition, we believe that the vast majority of the total world’s population is heading directly to this fate (as a very conservative estimate, that’d be at least 50 billion people suffering forever), and yet we say that God is merciful because he decided that a handful of us fulfilled his requirements to be be exposed to His message and accept it. We preach that, because 2 people committed sin a long time ago, we are all naturally inclined towards committing evil and that society would collapse into an orgy of sex and violence if not for the presence of Christians guiding our moral compasses. We believe that an entire race of people has been decreed by God to be hell-bent on committing evil against His people, which causes us to be blissfully ignorant when “God’s people” commit human rights abuses against them. We preach believe that there are hideous, unseen, diabolical monsters surrounding us daily which are trying to lead us and society at large into destruction, and which battle with angelic forces on a constant basis. 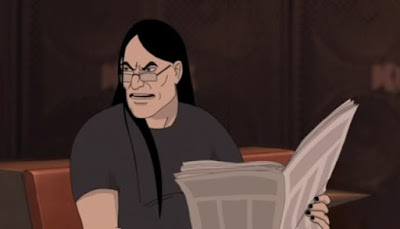 By the way, don’t get me wrong here – I’m not calling for heretical changes to Christianity or something like that. My point is to draw attention to just how pessimistic and gloomy Christianity has become in North America, and just how much this hurts our real cause to be a beacon to the world. The gospel is supposed to be the Good News, but as long as we are preaching about the sin and doom of godless men, then we’re probably not going to open up anyone’s eyes to this hope. The current Christian mindset and traditions need to change, because as it stands, we’re preaching a really ugly lifestyle.