To kick things off this week, I have some music news. I have been getting spoiled in the past couple months with new releases: XXI have announced their debut album, Inside Out, with a September 18th release date. You can pre-order the album for only $8, which is a ridiculously good deal. If you need further convincing, they have also released their first single, “Say It Again”, which you can listen to here. 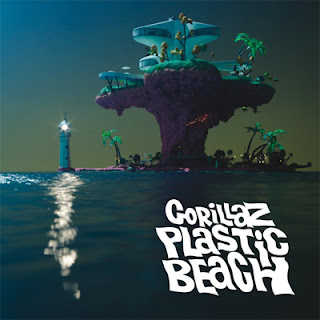 First up this week we have “Empire Ants” by the Gorillaz, from their album Plastic Beach. While I still like Gorillaz, my interest in their music definitely peaked when I was in high school, around the time that Plastic Beach was released. “Empire Ants” was one of my favourite tracks from the album. It starts off really slowly, but by the time that Little Dragon joins in, the music picks up and the song just starts to get very mesmerizing. This song just really sticks out in the mind because it’s so unorthodox, but sounds fantastic. My friends and I actually saw Gorillaz in Montreal during the Plastic Beach world tour, and it was probably the best concert experience I ever had. It’s been ages since the band released a new album (and no, The Fall does not count), so hopefully we hear something new soon. 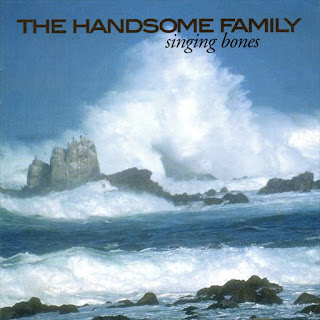 Next, we have “Far from Any Road” by The Handsome Family, from the album Singing Bones. As usual, I’m way behind on my TV viewing – while everyone else is complaining that True Detective season 2 was awful, I only just got done watching season 1. “Far from Any Road” was the theme song for the first season, and it was really evocative of the tone of the series.

As for the series itself, I liked the first half of the show quite a bit… but is it just me or did the second half of the series betray just how shallow it all was? The finale “concluded” with a ton of loose ends unresolved (and not in a way that felt intentional). I mean, horray, they killed the serial killer, but the asshole cops are still unpunished and there’s a cabal of child molesters still running free. These articles covered my thoughts on the end of the season quite well, highlighted just how obviously sexist the series was on the whole and also showed how the attempts to be “realistic” and “gritty” actually end up making it cliched in its own right. Don’t get me wrong – I enjoyed season 1 of True Detective, but I was left disappointed after the strong first half and from hearing so much high praise for the series.