Whatculture recently published an article by Jack Pooley purporting to cover 12 sexist movie scenes which prove that Hollywood hates women. Clickbait title aside, I found this article to be extremely inadequate. Its examples tended to be either extremely weak (The Wicker Man) or missed the point entirely (Gigli, Jurassic World, Transformers, Sex and the City 2), which made it very easy to dismiss. He also fails to explain why some of these issues are sexist, which is pretty key if you’re trying to convince uninitiated people that sexism is real (unfortunately, I have noticed that us SJWs tend to take it for granted that everyone knows what they’re talking about). Unfortunately, there is a kernel of a good idea within this article, but it focuses too much on its examples and not enough on the broader picture to be effective. With that in mind, consider this a broader response to Pooley’s article, going beyond specific, unconnected examples and focusing instead on the common trends which actually do go some way to showing the existence of sexism within Hollywood, and society at large. 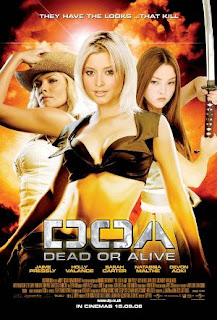 5) Objectification/Sexualization
This is arguably the most obvious form of sexism out there, but as a result it also seems to be becoming less frequent and/or more subtle (well… outside of the comics and video game industries anyway, because holy shit guys). In case you’re somehow unaware of what I’m referring to here, it is when women are portrayed as little more than sexy background objects, when personality is stripped away in favour of highlighting their sexuality. Pooley’s example of Alice Eve’s stripping scene in Star Trek Into Darkness was a pretty gratuitous example of this, and most of the older James Bond movies revel in having background beauties for people to oogle at. If you watch HBO shows, then this will also be an extremely familiar concept. Game of Thrones features a ridiculous amount of gratuitous nudity from nameless background characters, often with no real justification for it beyond the sake of getting more boobs on the TV. 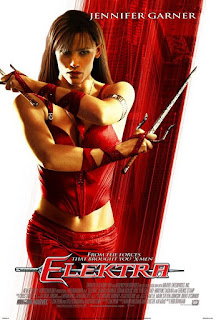 4) Hollywood “Conventional Wisdom”
Studios are very adverse to taking risks, so their film scripts are often changed to follow trends and to give them more “mainstream appeal”. This is a major reason why so many movies seem to be the same these days, and not because they’ve run out of ideas.

This risk aversion leads to a variety of major issues for women – for one thing, many studio heads follow the “conventional wisdom” that audiences don’t like female leads, so they make most of their big blockbusters led by a male hero (eg, sure we can have an ass-kicking woman in Guardians of the Galaxy, but she has to be anchored by a loveable male hero). This is a main reason why there hasn’t been a female-led superhero film since 2005’s Elektra, and why Marvel is too scared to make a Black Widow film, despite fans asking for one since Iron Man 2 came out. I don’t care whether you’re a feminist or not, can you not admit that there’s something ridiculously messed up about that fact which seems to hint at some real issues in Hollywood? 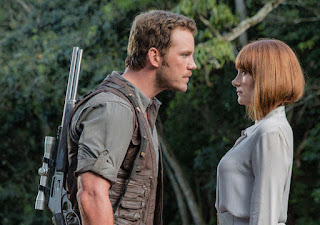 3) Lazy Writing and Regressive Tropes
Lazy writing of female characters is a consequence of Hollywood’s “risk adversion strategy” which seems to have gotten a lot more attention this past summer, with Mad Max: Fury Road being praised for subverting it, while Jurassic World was called out for falling into it. Since many films are more concerned with the actions of the male characters, female characters are typically superfluous to the plot, or are written (or rewritten) in such a way that the male character is the one who gets the control. It can also happen when scripts are written and/or shaped by a male perspective, in which case it’s common for women to be written very stereotypically, as an idealized version for wish fulfillment (see A Million Ways to Die in the West for a particularly egregious example), or for them to just not even think to put in a female perspective.

Once you become aware of this issue, it’s hard to watch any blockbuster without seeing this lazy writing everywhere. For example, I was watching The Hobbit movies the other day and it occurred to me that there are maybe 4 female characters in the entire trilogy. 2 of them are Bard’s daughters, which are little more than objects in peril for the entire trilogy (even his weak son got to participate in the action a little bit). 1 is Lobelia Sackville-Baggins, who gets about 3 seconds of screen time and is a (rather funny) harpy of a woman. The only woman in the trilogy who can actually be considered a “character” is Tauriel, but she’s a mixed bag. On the one hand, she kicks ass and is fairly cool. On the other hand though, she does nothing of consequence in the movies and her entire character is defined by the two men who are fighting over her. This is especially egregious because the love angle was added during rewrites when the franchise was expanded into a trilogy, and basically everyone agrees that this ruined her character. 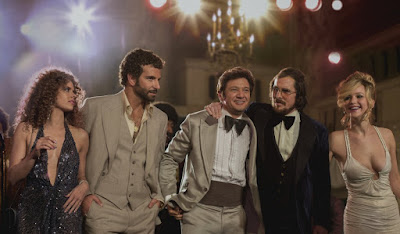 2) Pay Gaps
Patricia Arquette famously brought this issue up in her 2015 Oscar speech. You may be tempted to say “oh boo hoo, I wish that I was only raking in a million dollars!”, but please put aside that knee-jerk reaction and hear this one out. If a woman stars in a movie, has just as much (or more) star power than her male co-stars and puts in just as much screen time, then she should make at least a comparable wage as they do, right? Not so much in Hollywood. For example, Amy Adams and Jennifer Lawrence were both paid significantly less for their work in American Hustle, despite having comparable screen time and being just as high profile as their male co-stars. Women’s pay also starts to drop off significantly after they hit their mid-30s, whereas men remain pretty steady into their 50s. Since men tend to get more focus from studios, women end up getting less good roles to compensate, have a harder time affording turning down offers and also get lower pay as a result. Of course, they can always get their pay to go up… by agreeing to do nude scenes (like Halle Berry in Swordfish).

It has been said that the justification for this gap is because womens’ agents don’t negotiate good enough deals for them, which is probably true… however, it is also disingenuous. If the trends show that women consistently make considerably less than their male peers, there’s clearly something wrong there systemically which is forcing their agents to low ball them in order for them to even get exposure. I don’t have all the answers for this issue, but it is something to be aware of which shows how Hollywood seems quite sexist, even at an organizational level. 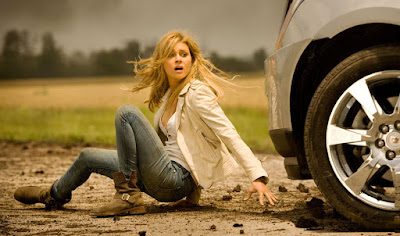 1) Women Aren’t Respected as “Characters”
This is largely related to the lazy writing issue, but it’s worth digging into this deeper because it’s probably the most sexist element of modern Hollywood. After all, as I have said before, why should the inclusion of a female character who is as strong as the male character have critics crying “feminism!” to the heavens like it’s some sort of big revelation? This isn’t feminism, it’s gender neutrality, but it’s sadly under-represented in Hollywood. If you analyse films then you’ll see that the sad fact of the matter is that most films don’t give a shit about the women who are in them.

Often, women are thrown into movies as little more than an “object”. Whether they’re something for the (male) protagonist to fall in love with, or need to be rescued by them, these women “characters” almost always have no real agency within the plot. They contribute basically nothing of their own to the plot beyond what they can do for the male character. This is because, at its core, the screenwriters are not writing about a “person”, they’re just writing plot points and plot conveniences which revolve around the actual focus of the story. This is how we end up with the essentially worthless women in basically every superfluous love subplot which has ever plagued a movie, and is also why so many films fail the Bechdel test. Or what about season 1 of True Detective, which is supposed to be concerned with the exploitation of women… but these women aren’t the focus at all, they’re just background images and plot points (and the “actual” women characters are even more transparent plot points which are meant to define the protagonists more, rather than actual characters in their own right).

This issue reminds me of Chinua Achebe’s essay “An Image of Africa”, which was about how Heart of Darkness is a racist text. At the time that I read it, I did not understand his point at all, and thought that he was being extremely unfair to Joseph Conrad. However, as I have matured, the point he has been making has become quite clear to me. Heart of Darkness is not a story about a man going up a river in the Congo, and it does not care about the Africans depicted within it. All that it really is focused on is a pair of white Europeans and everything around them bends itself to defining these people. The Africans depicted within are not “characters”, they are background objects. Similarly, women are often so ancillary to the plot that they could be excised or replaced by an object with little consequence. This is actually why I’m not as concerned with sexualization – as long as you go some way towards giving agency and developing a personality for the female character so that she isn’t just a background object, sexualization can actually serve some purpose.* By the way, this does not necessarily make sexist movies “bad”, much like how the presence of racism in Heart of Darkness does not disqualify it from being a classic novella.

Oh, and in case further evidence of this point was needed, the sequel will almost certainly dump the female character, oftentimes to start a whole new love subplot all over again (whereas the male characters are usually retained, such as in the Mission Impossible franchise). This just highlights how little the plot is concerned with the female characters to begin with, since they apparently think that they’re totally exchangeable, whereas the male lead was the real interest for everyone. However, it must be said that The Mummy franchise was a very unexpected and refreshing subversion of this trend, which almost makes its many other faults excusable.

Hopefully these five points will go some way to getting those who may not have understood what feminists are going on about to reassess their views. Just a couple years ago, I wouldn’t have considered myself a feminist at all. However, looking at pop culture with a critical eye really made me aware of how poorly the deck is stacked against women. In fact, it’s a recent enough change for me that if you go back to the first posts on this blog, you can chart my progress from egalitarian to full-on self-identifying feminist.

*I have actually been debating writing an article on this very subject since starting this blog back up, but have been having some trouble getting it off the ground.