So it’s been a week since Metal Gear Solid 5: The Phantom Pain dropped, and holy shit is it ever amazing. I have been savouring it thus far – I’m only about 1/5 of the way through (just captured Emmerich… not a spoiler, it was in the trailers), but it has been an incredible experience. The freedom to approach situations and the ways that every system interconnects is just jaw dropping. Becoming skilled enough to sneak into a base and achieve your objectives undetected is very gratifying. My only real complaint thus far is a pretty obvious one – Quiet looks absolutely ridiculous. Like… embarrassingly so. It’s obviously not a major issue, but I can’t wait until I can actually unlock the XOF uniform for her so that I can actually play the damn game when there are other people present without having to explain what the hell I am playing. 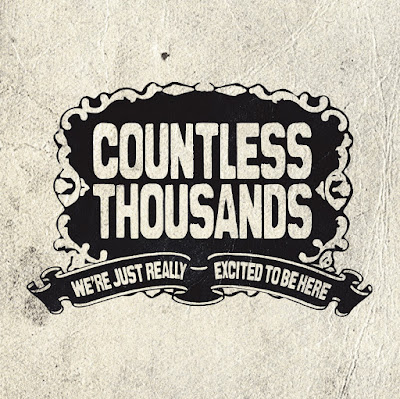 First up this week is “Prom Song” by Countless Thousands from their album We’re Just Really Excited To Be Here. I have been listening to this song a lot lately and I’d argue that it might be the most realistic song that I have ever heard about prom. The song starts out really sentimental, like it might be the sort of thing that a hired band might actually sing during a prom dance. However, as it goes on, it becomes increasingly bitter and angry… which, in my experience, sums up prom perfectly. Maybe I just don’t know enough people, but basically everyone in my social circles had a shitty prom. My best friend got dumped 3 days before prom, but had to take her there anyway. One of my younger brothers got ditched halfway through the prom by his date. One of my other friends almost got arrested when people thought he was going to stab somebody (an event which also irrevocably split my group of friends from that point forth – hooray for prom…). As for myself, I couldn’t get the person I liked at the time to go with me so I just said to hell with it and skipped it. So yeah, it has always been a pretty shitty time of year all round. Beyond all that, I think when we look back at prom, most of us realize that it was a waste of time and money, and that we don’t really care for or miss a lot of the people we left behind, or that those people that we thought we were close with turned on us. “Prom Song” covers that range of truth very succinctly. 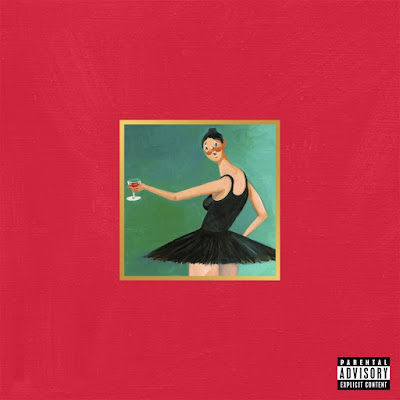 Secondly, we have something a little different: “Runaway” by Kanye West (featuring Pusha T) from his album My Beautiful Dark Twisted Fantasy. I had never really listened to Kanye West before I heard this song – I was, of course, well aware of his douche bag reputation in the media, but I had also heard that he was a musical genius in spite of all that. After hearing this song on the Cracked podcast a couple weeks ago, I can say that I am a believer now. “Runaway” is clearly a meticulously crafted song which bucks popular music trends and actually tries to tackle serious topics, while remaining eminently listen-able. I looked up the reception of the song out of curiosity, and saw that most people were tying it to Kanye’s (at the time) new-found fall from the public grace as an apology. While that may be a valid interpretation, I think that the song is arguably more important as a message against men who blame all of their own faults on women, who they view as little more than objects of self-gratification. It’s a pretty perfect fit for this blog and playlist as a result, and I just can’t stop listening to it.