Again, because I can see some people taking this piece about politicians battling each other to the death way too seriously, I’m going to reiterate that this is intended to be a cheeky satirical piece.

So, in order to run the actual battle-to-the-death part of this article, I unfortunately couldn’t get ahold of the real life contenders so I had to turn to the deathmatch simulator, Super Smash Bros, using the game’s Mii Fighter feature to create the combatants and letting them duke it out as 3 CPU fighters. I’ll be using the Punch Out!! stage for the match to minimize the environmental effects and to represent them duking it out in the political arena. For match rules, I’m going with a 3 stock limit to scale back the randomness a little bit. I had intended to put in Items, but I think I accidentally turned them off during the fight. 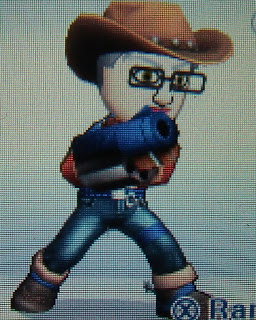 Smash Bros has three archetypes to choose your fighter from. Stephen Harper is a gunner for a couple obvious reasons. First of all, as a Conservative he has helped repeal some national gun control laws, so it seems like a natural fit. Secondly, if he is truly a robot, then having weapons built into his limbs is a reasonable extrapolation. I also gave him some high-power weaponry, such as a grenade launcher and rockets since he’s more willing to exercise military might on an international scale than his rivals. As for his outfit, I outfitted him in the cowboy gear, of course. He’s a good all-round fighter, but I emphasized his defence over attack slightly. Since he’s clearly the most dangerous fighter of the lot, I gave him a CPU level of 8. 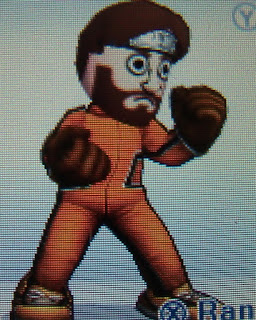 For Mulcair, I chose the brawler archetype of course. His attacks are basically all short-ranged, head-on attacks, meaning he has to get in your face and tear you apart with his bare hands. I emphasized his attack power at the expense of his defence and made his attacks slow in general. This represents his duality – he’s patient, but a pit bull. If he can land an attack, then he’ll do severe damage to whoever ends up on the other end of it. If he closes the gap and times his attacks right then Muclair can be a force to be reckoned with. Mulcair has potential but isn’t quite at the level of Harper himself yet, so I’m setting his CPU level to 7. 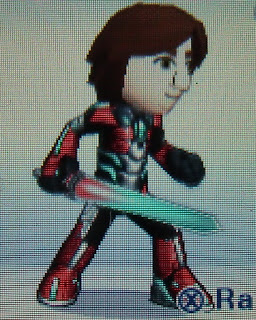 Since Trudeau is A New Hope for the Liberals, I made him a sword fighter. Fitting with this theme, I gave him Jedi-like attacks, such as an attack called “hero’s strike” and a reversal slash which launches projectiles back at his opponents (like Trudeau turning his opponents’ attacks into platform features). Due to his youthful vitality and swift rise to prominence, I made him a very fast attacker, although his lack of experience and less-than-imposing posture make his attack power pretty low. I think he’s definitely the dark horse of this battle, and so I have set his CPU level to 5 accordingly – he can still pull off a win, but it’s going to be tough and he’s going to have to make use of his speed and be opportunistic to emerge victorious.

If you want to watch the fight in its entirely, you can do so here (sorry for the low quality, I wish you could save replays to Youtube on 3DS). If not, here’s a quick highlights reel:

Harper and Muclair go at it with each other almost exclusively in the first couple minutes. Trudeau, true to life, basically refuses to join with Muclair, and as a result he and Harper damage each other quite severely while taking a few pot shots at Trudeau every once in a while. In fact, Trudeau barely gets any hits in in the first couple minutes, and spends most of this time dancing around the others while getting nailed every once in a while. Without any support and with his emphasis on attack over defence, Mulcair takes heavy damage early on, losing his first life long before his rivals to a well-placed shot from Harper. With the first blood drawn, Mulcair and Trudeau both go after Harper, but the embattled champion fights them both off effortlessly as they come at him one at a time. Mulcair then gets a cheeky upper cut in on Trudeau, sending him flying into the air and taking Trudeau’s first life in the process. Soon after, all three candidates get into a chaotic tussle, which sees Harper finding an opening on Muclair and sending him off the map for Muclair’s second lost life. Muclair then misses a huge opportunity to take out Harper, who just stands in front of him for a split second. Harper takes advantage of this opening and punishes Mulcair for his laxity. The three then scrap with each other for a good thirty seconds before a heavily-damaged Harper knocks out Trudeau for a second time. Muclair and Trudeau, realizing their mortal peril, both gang up on Harper, but he gets some really good hits in on Muclair before the NDP leader finally lands a heavy smash attack, taking Harper’s first life. Unfortunately, at this point Muclair is too badly damaged and doesn’t stand a chance against the comparatively fresh Harper. Muclair goes down first, and Trudeau quickly finds himself completely outmatched, going down to Harper very quickly. 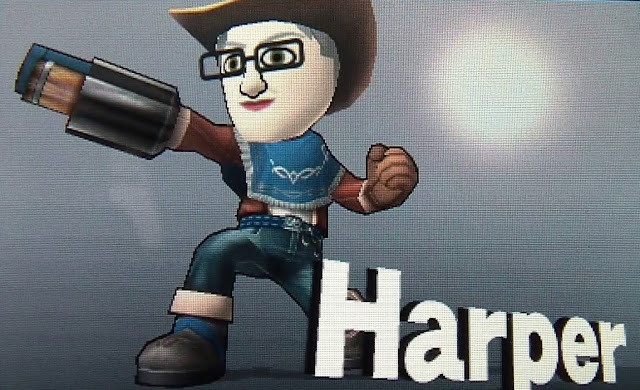 Thanks for reading! Hopefully you’re following the real election and discerning who deserves your vote come this October. And if not… then for the love of God don’t vote!