It’s that time again – another round of The Rebuttal! I’ve had lots of content to pick through, but since I don’t want every installment of The Rebuttal to be about me making fun of the same men’s rights activist, we’re going to shake it up just a little bit. In honour of #OscarsSoWhite, I present this little gem: 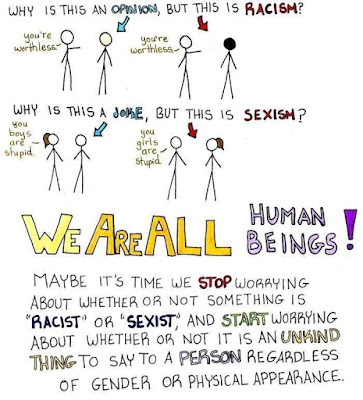 Hoo boy, I’ve got a few thoughts on this one. First of all, this feels like the sort of thing a white 16-year-old just starting to wrestle with the concepts of privilege and the disadvantaged might put together and then deeply regret in a few years when they start to get a better idea of how the world works. It’s pretty emblematic of the mid-90s-to-late-2000s liberal ideal of “colour blindness”, where us white, middle-class folks decided that racism was finally over and we can start focusing on other things. Naturally, the last few years have demonstrated very visibly that this was simply a wishful fantasy and that racism (and sexism for that matter) is still ingrained deeply within society at an institutional level, and until that is addressed, things won’t get much better.

For my own part, growing up I thought that Nazis and literal racists were a thing of the past*. However, in just the last week I have encountered and sparred with an honest-to-God white supremacist. I have already documented some encounters with a self-described “humanist” with some decidedly toxic views on women, gays, trans-people and minorities. I see all sorts of modern misogyny and racism on We Hunted the Mammoth on a daily basis. Hell, one could make the very realistic argument that a white supremacist is the frontrunner for the Republican party this year. The progressive backlash has gotten louder and more visible in the last few years, and so now more than ever we need to identify it and try to treat this ideological cancer before it can gain any sort of social traction. 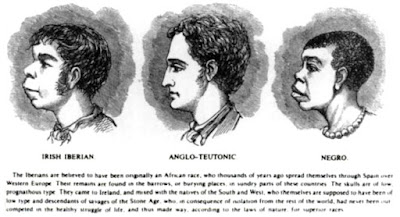 The other thing that’s making me think that the person who made this is only around 16-years-old is because their examples are pretty freaking weak. I know they’re attempting to establish a double-standard, but I don’t see either of the given examples as being particularly sexist or racist. Maybe that’s just me, but that just highlights one of the major issues with this image: both a lack of context, and a lack of understanding of context.

First of all, “you boys/girls are stupid” is not a sexist statement in itself, but the context is going to be really important if you want to make the argument that it is. Like, what caused the statement? Is it a blanket statement regarding the person’s sex/race? Was their shitty opinion based on prejudice? Or are they just saying that they think that this particular individual is stupid based on some prior experiences? It’s basically impossible to pass a judgement of sexism/racism on this situation without some real context.

Secondly, the authour has a severe lack of understanding of context. Let’s just assume that the example statements did have a sexist/racist intent. In such a case then it is important to point out the prejudice in the person’s statement because they’re being much more than just a “big ol’ meanie”. If they’re being a racist/sexist prick, then there is some sort of underlying prejudice which is causing them to formulate a negative, dehumanizing picture of people, and one which needs to be identified, addressed and eliminated from society. It’s almost like the authour doesn’t realize that this is the case, as if they think that racism/sexism is just a synonym for being mean which only applies to certain people. 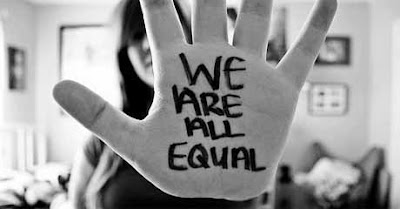 Don’t get me wrong though – being nice to everyone is ideal. I hope that at some point we can actually reach this state. However, the issue is that there are ingrained prejudices which make this obviously-ideal philosophy untenable in practice. Furthermore, much like humanism, egalitarianism, free speech and #GamerGate, this sort of ideal is co-opted by racists, sexists, homophobes and various other unsavoury groups which pollute the term and destroy any sort of attempt at using it as an actual platform for positive social change. It’s a great individual philosophy to internalize and pass on to others, but the authour has to realize that you’re targeting the wrong people – don’t target the people pointing out inequalities, target the assholes in society who make things worse for all of us.

*This in spite of the fact that in one of my earliest years in school, a black kid had joined our class. When my mom asked me what I thought of him, I snarkily and defiantly declared “I don’t like blacks.” I was probably 6 or 7 years old and had never encountered a non-white person before. Suffice to say, the smack that I received from my mother was well-deserved, and it’s easily one of my most shameful memories. However, it has been a source of some pondering for me – what caused me to be such a racist prick of a kid? I think it was down to “he’s different, and I don’t like things that are different”, which makes me kind of concerned for all the people who grew up around me in a town which has been called “the whitest town in all of Ontario”.