I’m back! For those who didn’t know, I spent the last week on vacation in Cincinnati and Atlanta and so getting out that last Apes retrospective entry was a bit of an ordeal… that said, I’m back in Canada and good to get back down to business on the blog! Before we get into the rambling meat of this entry, I want to mention that the open beta for Battlefield 4 has been up for almost two weeks now. If you haven’t checked it out yet, then do so ASAP (it’s free)! I’m only able to play it on the PS3 right now (which is extremely inferior compared to the PC beta), but I’m looking forward to playing on PS4 as soon as it launches.

2013 might be the best year for gaming ever. The Last of Us and Bioshock Infinite would both be effortlessly Game of the Year winners if they hadn’t come out in the same year as GTA 5 (although I’m still rooting for The Last of Us). However, the same cannot be said for Hollywood, as it seems to me that 2013 is one of the most disappointing years in popular film in recent memory. Now to be clear, I’m talking about “major” films in the public conscience – there’s always good festival fare and indie darlings, but these usually fly under the radar of the general public. It should also be mentioned that we’re just getting into Oscar season, so the big Best Picture candidates are going to be making their way into cinemas quite soon, if they aren’t there already. 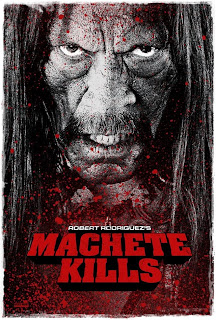 Anyway, as you can probably tell I’m a bit of a film buff. Certainly not as much as some people, but I’ll usually see 15-20 new movies each year (not counting the films I then catch up on in the next year, at which point I’ll be closer to 35-45 movies released in any one year). That said, 2013 has been extremely disappointing for me – I’ll usually see any movie which interests me, but it’s now October and I’ve only seen 8 2013 films (Evil Dead, The Purge, Kick-Ass 2, World War Z, Iron Man 3, Oz the Great and Powerful, This Is the End, Red 2 and Gravity). Of these, I’d only say half were in any way decent, with Gravity being the only one which I thought was actually good (seriously, FREAKING SEE IT!!!). Sure I’m missing some high-profile films, but looking through the general consensus of what was “good” this year, I’m basically just missing Star Trek Into Darkness, Side Effects, The Conjuring, The World’s End and Rush. Unfortunately, these are disproportionately outweighed by the disappointing, mediocre or bad films released this year. Among the major disappointments were Gangster Squad (I seriously was predicting Best Picture when I saw the trailer), The Purge (how the hell did they screw it up so badly!?!) and Man of Steel. Legendarily bad films have all seemed to converge on 2013 like a plague: Movie 43, InAPPropriate Comedy, A Good Day to Die Hard, The Host and Scary Movie 5 to name a few. Then there’s the just plain uninspired which was the rule rather than exception during the summer movie season: Jack the Giant Slayer, Olympus Has Fallen, The Hangover Part III, The Lone Ranger. Hell, even high-profile indie films weren’t spared as Nicolas Winding Refn and Ryan Gosling both destroyed their reputations with Only God Forgives. Sure, there’s always more bad than good films in a year, but this year it seems to me like the good stuff is in much lower supply than normal, and the disappointments were far more high-profile.

I don’t have all the answers for why 2013 has been such a disappointing year in film. However, it has gotten me thinking about one particular issue in Hollywood which I’d like to address (and which is a factor in some of this year’s releases). As usual, Hollywood is concerned with making money, but this year they seem to be taking more of a stranglehold on it and compromising their productions in the process. One of these trends which has reemerged recently is taking an R-rated film and editing it down to PG-13, because PG-13 films have the widest prospective audience. Now obviously this is hardly why 2013 has been a bad year for cinema, but it is a contributor in the downfall of at least one high-profile example. World War Z was totally neutered by its forced PG-13 rating. Now I’m not one of those ratings snobs who believes that every movie would be improved with an R-rating and gratuitous violence and nudity (hell, I agree that Robocop wouldn’t be all that much worse if they cut it to PG-13), but some subjects don’t lend themselves to a family-friendly audience. Maybe I’m just old-fashioned, but I don’t think that a movie about mass human extinction, cannibalism and visceral violence really would be best served by being PG-13. As a result, then entire film feels compromised, an issue which doesn’t even get fixed by the Unrated cut (the zombies seem to just jump on people, bite them, and then run away). This is a Hollywood trend which has been annoyingly pervasive since at least 2004, with such examples as AVP, Live Free or Die Hard, Terminator Salvation, Priest, Taken and Taken 2. Of course, the upcoming Robocop remake is coming out with a PG-13, which is going to further create backlash against this trend (even if it isn’t as abysmal as everyone is predicting it will be). As someone who loves good movies, I wish that studios would have a bit more faith in their audiences and give their filmmakers a bit more freedom… but that’ll be the day. 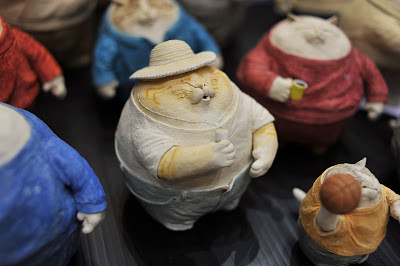 On an unrelated note, here’s a picture of some fat cats…

UPDATE: Since posting this I’ve also watched Gangster Squad and Machete Kills, both of which were rather average, held back by disappointing elements (this seems to be the trend with 2013 releases… I’m curious to see what I think about Man of Steel when it comes out on DVD).