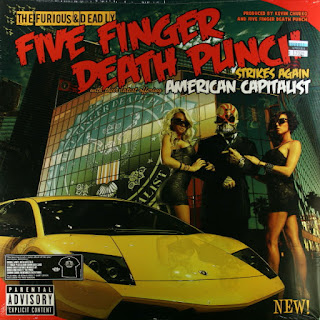 First up this week is the title track “American Capitalist” by Five Finger Death Punch. I chose this song for a couple reasons. First, because FFDP just released a new album recently. Secondly, I quite like the song (although I would have picked “The Bleeding” if that had been available on Spotify). Thirdly, and more importantly, because FFDP are such a disappointingly awful band. I didn’t realize just how prevalent this assessment was until very recently, but I have been so disappointed by their music for a while now. On paper, they seem to be my sort of band – really heavy, angry, pump-up and anthemic metal. However, in practice, they tend to be absolutely awful. This comes down almost entirely to their lyrics, which typically consist of stringing together profanities and threatening to commit violence, all in an attempt to sound “tough”. I mean, this can work at times (I do like Disturbed quite a bit after all). Unfortunately, FFDP go so far overboard with their lyrics that they read like some kind of self-parody. They come across as less “tough guy you don’t want to mess with” and more like “whiney little bitch”.

That said, when they grow the hell up, they can be pretty enjoyable. Their best songs tend to be their ballads or their radio-friendly tunes… but basically everything else is unlistenable. American Capitalist is about the only album of theirs that I can listen to from start to finish, but even it has some moments that I have to grit my teeth through.

FFDP: you have a lot of talent. You have some pretty good songs in your catalogue. You’re a band that I want to like, but please attempt some maturity. Stop telling us how much you hate everything, how you’re going to kill people, or how you’re going to abuse your girlfriend – you think this makes you tough, but it makes you sound like thou dost protesteth too much. 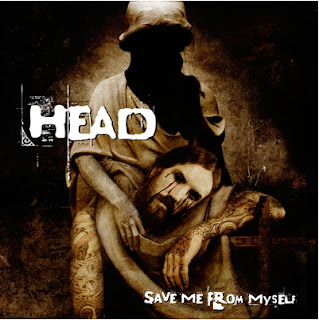 Uhh… anyway, after that little rant, we have a palate cleanser in the form of “Washed By Blood” by Brian “Head” Welch from his album Save Me From Myself. I think I have said in the past that I really like Brian “Head” Welch and am fascinated by his life story. I also think that Save Me From Myself is the best album ever made by a member of Korn. The album loosely chronicles Welch’s rough upbringing, his drug-fueled life, his salvation and then some struggles he encountered within the church. “Washed By Blood” is the culmination of all of these struggles and marks the promise of salvation.

That said, I think that the album, and “Washed By Blood” in particular, does have one Achilles heel: the lyrics. Yeah, I guess I’m touching on a theme this week. Welch was never really a song writer in Korn, but following his conversion he felt like God was speaking to him to write music. Well, if God did write the lyrics to these songs, then he can be pretty corny at times to say the last. That said, I think that the heartfelt nature of Welch’s lyrics and singing offsets this negative, so the album comes out on top in the end. I’d definitely recommend giving it a listen-through if you find this song interesting.