In modern North American society, feminists have about as bad a rep as a man goosestepping down the street with a Swastika on his shoulder. That’s not to say that everyone necessarily thinks that women should get back into the kitchen and collectively make us a sandwich. Rather, it would seem to me that both men and women are sick of feminists shoving their agenda down the public’s throat. I’m sure there’s a good deal of failed communication which is at the root of this problem (this is a huge generalization but from my observations, feminists don’t bother to explain their views to the uninitiated and get really angry when anyone goes against them). There’s also the issue that many people think that feminism is beating a dead horse – after all, aren’t women equal to men in society now more or less? I’m not exactly versed in women’s studies so I’ll leave that particular question to someone else to handle.

In any case, despite the stigma which is attached to feminists, I do have to say that I have really noticed considerable sexism and misogyny recently in the media I have been viewing. Three 2013 releases have gotten me thinking about the state of feminism in film today: World War Z, Gangster Squad and (to a much lesser extent) Machete Kills. World War Z is what really kick-started this entire article for me. If you saw the movie, then you probably know what I’m talking about – the entire first half hour of the film features Brad Pitt protecting his useless wife and equally useless daughters who seem to be doing their damnedest to get them all killed. I can guarantee that no one walked out of that film thinking “wow, I really liked Gerry’s wife and kids, they were great characters!” Now I’m not saying that the women should have suddenly picked up machine guns and blown away the zombies while making an obtuse point that women are as good as then men (a la 80s action films). Rather, it would have been nice if they had done… I dunno, anything. Sure, Karen can try to keep her children safe, but she can do that by trying to fight off the zombies sometimes. Or maybe she can not call her husband in the middle of an important life-threatening mission (and subsequently getting a lot of people killed). Oh and when Karen and the kids are holed up on the aircraft carrier, maybe they could try to help out? Hell, read up on the original ending of the film – it was supposed to be even more misogynistic than it ended up being. 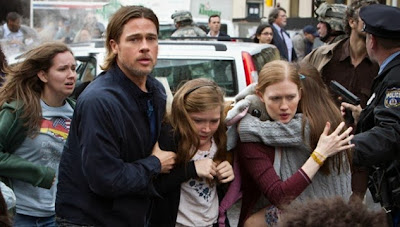 Clearly the writers only threw the female characters into World War Z to be plot devices. In a movie like World War Z which feels like it was written and directed by committee, it’s clear that the studio didn’t give a damn about how the women were portrayed in the film or that casual misogyny would affect their bottom-line. In fact, I’m surprised by how well it did and was received in spite of this glaring issue. In a lot of ways it reminds me of Chinua Achebe’s essay “An Image of Africa”, where Achebe decries Joseph Conrad for reducing Africans and the continent of Africa in Heart of Darkness to nothing more than a plot device. While I don’t entirely agree with Achebe on his criticisms, he does make a good point, that reducing people and places to plot devices strips their history and identity away, making them little more than a reflection of the male protagonist. 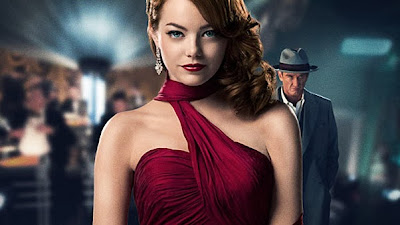 If World War Z kicked off this article, then Gangster Squad sealed the deal that I was going to have to write about it. I was actually very surprised by how Gangster Squad handled women, although considering that it was a rip-off of The Untouchables I probably shouldn’t have been. I’m not really referring to Emma Stone’s character either, the generic femme fatale love interest (and plot device to add some tension for good measure). Instead, I’m referring to basically the only other female character in the film, O’Mara’s wife, Connie. Like World War Z, the women in the film are reduced to plot devices who the male characters don’t seem to actually be all that invested in. The film tries to be uber-macho, with the protagonist O’Mara dealing with organized crime the only way he knows how – by shooting it in the face. Of course, Connie whines to him that he shouldn’t be risking himself because she can’t live without him. Obviously, the point this puts forth is that violence is a man’s realm and passivity is for women… and according to the film and it’s hilariously hamfisted finale, violence is the only thing that gets results. Of course, the whole movie’s a complete fabrication, although you might have figured that out when you saw some of the over the top action in play. Regardless though, it seems that the whole “action gets results” message the film tries to get across is total bunk, making the entire film even stupider in retrospect. That said, I will acknowledge that Connie does get one surprisingly interesting scene where she actually helps O’Mara pick out his “gangster squad”. 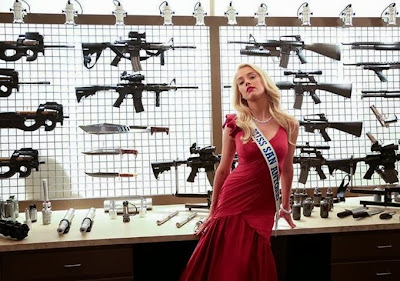 Which brings me to Machete Kills. I actually don’t have a huge beef against it in regards to sexism or feminism or anything like that – it’s a tongue-in-cheek exploitation film and therefore it gets a lot more leeway than a mega-blockbuster like World War Z or “historical” film like Gangster Squad. However, it did remind me of a Cracked article in which the authour stated that women rarely get shot in the head on-screen in American cinema. To sum it up, the article states that “the reason that we so rarely see women getting their brains splattered? Masculine violation of, and domination over, a woman occurs on her body and not her head”. Machete Kills actually seems to subvert this idea, since in the opening minutes a female character is shot graphically in the head, on-screen. However, near the ending a pair of women fight and the more physically domineering of the pair shoots the other in the head, but this is left off-screen. The implications there are interesting, since that character’s actions seem to make her androgynous (not that she’s really overtly feminine anyway). I don’t really have any real profound conclusions to give in regards to that, but it’s certainly an interesting observation that’s worth keeping in mind and mulling over. 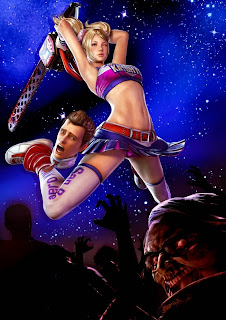 Before I close, I’d like to mention another example in a video game I played recently, called Lollipop Chainsaw. Again, it’s a tongue-in-cheek exploitation venture so it gets more leeway, not to mention that video games in general have a pretty big sexism issue. However, while I found the game to be quite fun, there was one annoying aspect which I found very grating and more sexist/misogynist than any of the objectification in the game. This aspect was that the enemy dialogue almost always consisted of gendered insults – seriously, nearly every time an enemy yells at you they call the heroine a “slut” or “whore” and, on one particularly colourful occasion, a zombie declares he’s going to “fist his ass with her face”. Ahem. Maybe if it had happened once it would have been shockingly funny, but when the game barrages you with that sort of dialogue over and over it just becomes annoying (at best).

Anyway, hopefully this little write-up has shown that as much as we love to hate them, feminists do have a purpose in society. Equality is still a work in progress, and media still has a way to go before it is truly adequate. Besides, equality doesn’t have to equal hamfisted morals, it can be an epic and subtle action romp like Dredd (seriously, buy the damn movie already!!!).