I’ve noticed lately that I’ve written quite a lot about feminism in the past few months, kind of like how in my first few months I talked about gun control a lot. It’s a bit odd too, because I wouldn’t have necessarily considered myself a feminist. I mean, I support women’s rights and equality, but just what that means to a more vocal feminist often leaves me confuzzled. However, I’ve been mulling over a few feminist subjects recently and figured I’d work them into one giant feminist theory extravaganza. I’m not promising that all of these thoughts will be positive, but I believe they are fair at the very least.

Let’s smash it, together!

Okay, first of all, this whole line of thought stemmed from this article about rape culture. Women’s rights campaigners have really been pushing the notion of rape culture recently, but I’m not so sure that they’re doing a great job of conveying to the general public exactly what they mean by it (I have a similar critique about the public expression of many women’s rights issues, it’s like they expect us to agree with them without explaining their positions). But anyway, I agree with the article overall, but when I was thinking about it afterwards, I came to the realization that feminists have appropriated rape. What I mean by that is that rape is a major issue and overwhelmingly occurs to women, but in order to push rape culture, feminists have turned rape into a women’s problem. Yeah, that shouldn’t be all that revelatory – really, it’s rather obvious, but the realization of it is almost ironic. Feminists want to eliminate rape (and, well, let’s be honest, every decent human being wants to eliminate it), but in order to do so they have to take it on first.

That said, trivializing rape against men is a byproduct of such a move. Yes, men are raped far less than women, so it’s fair enough, but it occurs just the same. I also wonder if other forms of sexual violence are also taken into account here, because when someone says “molestation”, I think “little choir boys” rather than women. Perhaps that’s why the focus is just on rape though – it is overwhelmingly a women’s issue.

Oh, and I just want to comment on this passage from the article quickly:

“Most women and girls who travel abroad, who take public transportation, or walk to a dimly lit parking lot at night experience that “what if” panicky moment. Women reading this know what I’m talking about. Men, in general, do not. And knowing that most men don’t rape, and that most women will never be victims of rape, is not enough to erase that fear. Because it’s real, and it’s the legacy of a culture where rape (and rape denial) exist in too high numbers.”

I’m not going to trivialize that, because I really don’t understand that sort of daily existence (well, unless I was in prison anyway), but I do have a bit of an analogue. If I walk through city streets late at night, I’m not afraid of getting raped… I’m afraid of getting jumped and robbed and/or stabbed. Sure, I’m not getting jumped, robbed, stabbed and then raped, so it’s not exactly as “bad”, but even men don’t exactly walk the streets 100% securely. I attribute that to the media creating a state of fear, especially since crime rates have been dropping for decades, so such fears should really be unfounded. 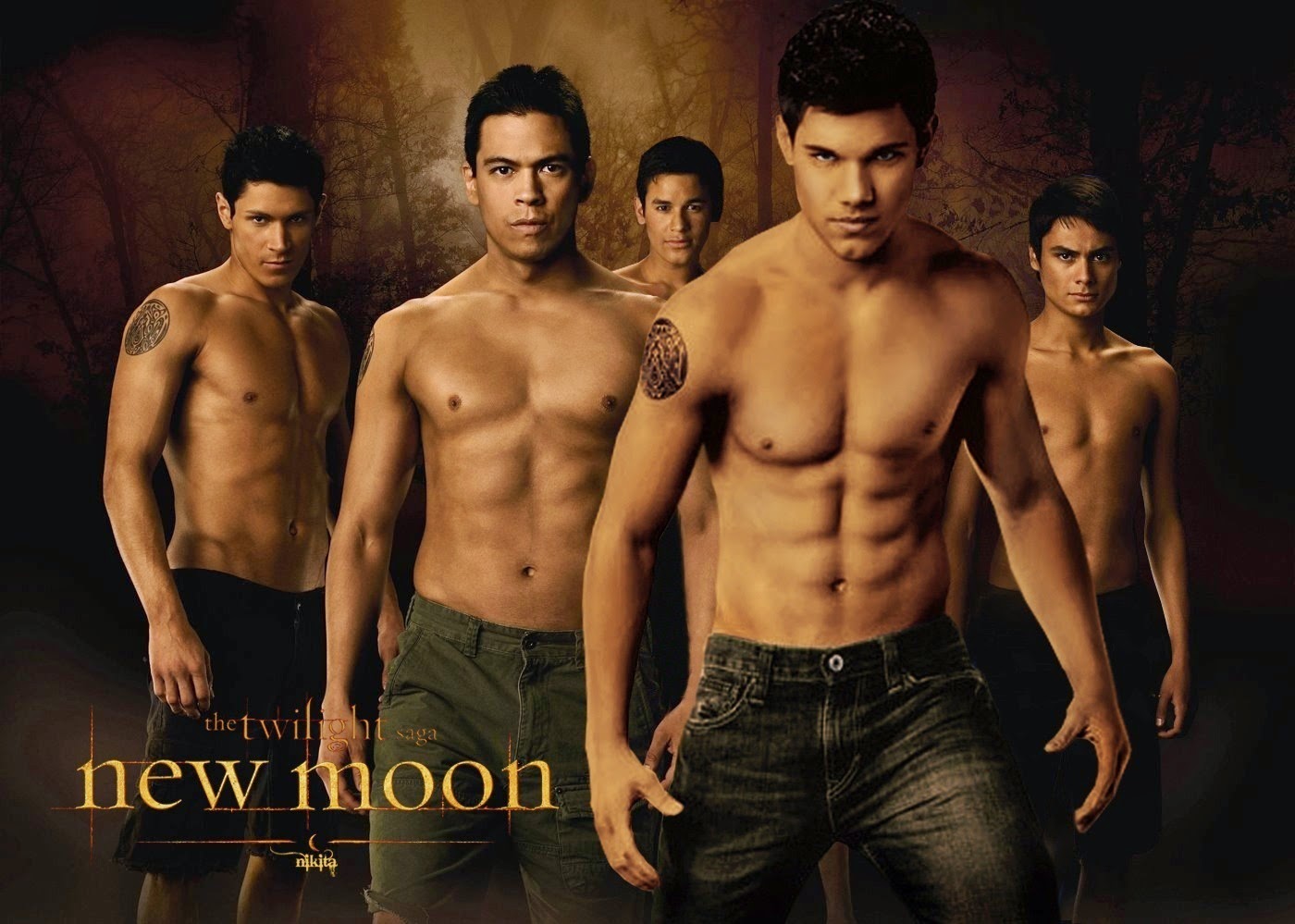 The most obvious example of this in action is the wolf pack from the Twilight movies. They basically only exist to be oogled at and give audience members lady-boners. Hell, the guy on the left is barely even wearing those pants. Even Jakob isn’t much of a character, being about as well-defined as a brick wall. In fact, being prone to fits of rage and violence makes him sort of sexist against men for that matter. Of course, Jakob’s the most egregious example I can think of, but what about Thor in The Dark World or Finnick in Catching Fire? Both appear in their respective films in really pointless topless scenes which clearly only exist to provide female audiences with some fan service. Their characters complicate things a little bit though, because while they’re briefly objectified, they are actually given pretty good characterization in spite of that. Is that the key right there – is objectification not as big a deal if it doesn’t define and overwhelm the character? It should also be noted that these characters may have gotten characterization simply because they were men, whereas objectified women simply aren’t allowed out of the background (such as in any Michael Bay movie ever). It’s a bit of a puzzle and I’m still not sure where I stand on it. 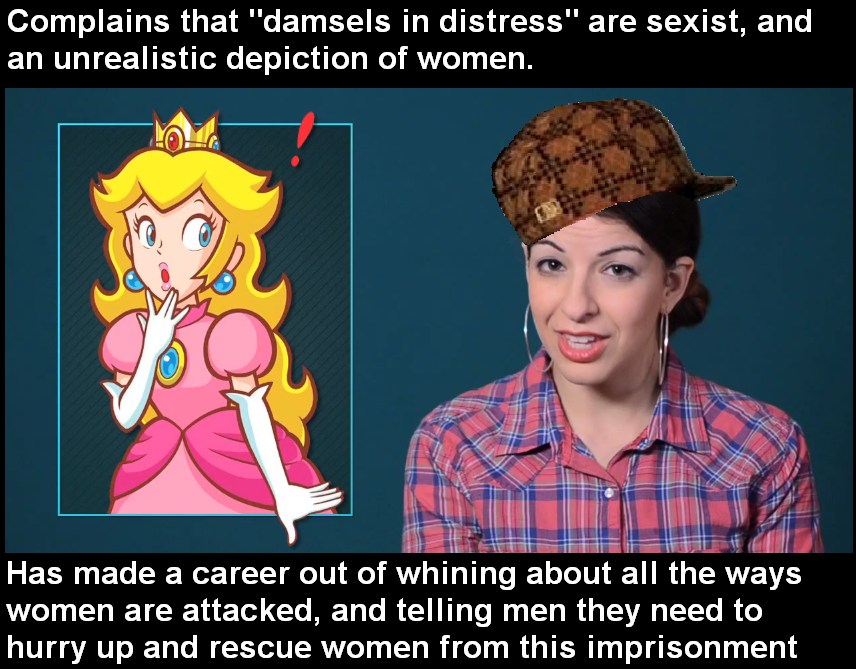 Finally, I’ve been wondering lately whether feminists can be insensitive to cultural differences. For example, I reacted pretty much the same way as the rest of the internet when Quiet from MGS5 was revealed. However, having taken a step back since the reveal, I’m beginning to wonder just how different North American and Japanese culture is. Quiet is obviously designed from a Japanese perspective, and from my understanding, sexualization isn’t equated so much to objectification there as it is here. Perhaps there is something more to her outfit than mere titillation? Kojima seems to suggest that this is the case, although we’ll see when The Phantom Pain is released. Similarly, the Dead or Alive series of game have a reputation as nothing more than softcore porn, but their creators insist that they don’t intend it to be that way. Looking at some of the character models, I have a hard time believing that, but could it be that they see things much more differently than us? I mean sure, it’s possible that they’re lying through their teeth, or are just ignorant of how sexist they really are, but I think there’s at least a certain level of cultural difference clashing here.

Anyway, hopefully you found this article at least a little enlightening. If you want to say anything, please leave a comment below!