If you follow video game news, you might have heard that Battlefield 4 is a broken piece of shit which has essentially tarnished the reputation of one of the biggest franchises in gaming. In spite of that, I’ve logged about 150 hours into the game and have been playing from launch to now (and will continue playing into the future for that matter). I’ve been meaning to write a BF4 guide for quite a while now, but the issues with the game made me postpone that for a long time because I couldn’t be sure how much it was going to change things. However, I think the time has finally come where I can start talking about the game properly, and address some of the claims about it. 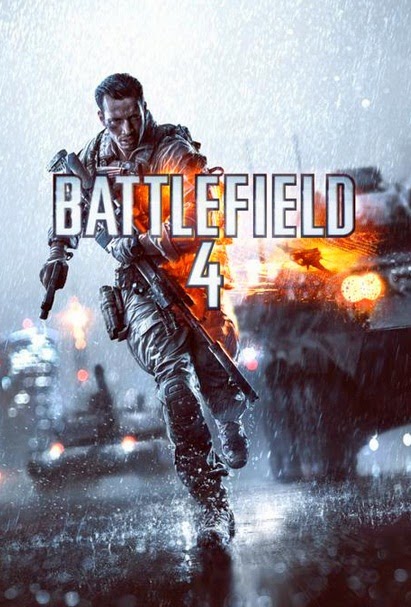 First of all, I played the BF4 beta on PS3, and despite being a tad buggy, it controlled fairly well and was a lot of fun (although the draw distance bug on the rooftop of the C flag was pretty egregiously broken). All-in-all, the game seemed to be a clear improvement on the foundation of BF3. At the initial launch, I played BF4 on PS3 for about 2 weeks waiting for the PS4 version to release… and it was buggy as shit at launch. The game would freeze up pretty frequently and I ended up in one server where you couldn’t even kill anyone. Oh, and Defuse mode, the game’s take on a Search & Destroy mode, was absolutely broken. Seriously, there were so many bugs just in that mode that it was insane – players would spawn but couldn’t control their characters, the killcam would randomly appear when you were still alive, the bomb carrier would randomly appear on the enemy team’s radar (LOL), etc. Things were worse on PC, where the game would crash frequently and wouldn’t even play on many systems. In spite of that, I figured this had something to do with a combination of the PS3 hardware and the launch period – the game clearly wasn’t built for last-gen hardware, so they weren’t going to give it as much attention as they were the next gen versions. On top of that, I remember BF3’s launch being very rough as well, freezing very frequently until about 3 months in, when a large patch took care of most of the issues (although Seine Crossing in Rush was still notoriously freeze-prone and never got fixed).

Anyway, come the PS4 launch, the game was in even worse state. For the first day or two, PSN servers crashed and so you couldn’t even play the game online, forcing me to play through the godawful single player campaign… twice. Yes, I got the notorious single-player-game-deletion glitch about 4 hours in. And for some reason, my copy of the game seemed to think someone who had English (UK) as their language meant that they wanted to play the game in Spanish (oddly enough, it was fixed when I changed my language to English [US]). Things actually got worse when PSN got back up because Conquest mode, the main attraction in the series, was broken to the point where DICE had to remove it from the game for weeks. This was especially egregious because my favourite mode in Battlefield games, Rush, was poorly supported by the maps in BF4 – very few of them are fun to play Rush on, whereas every map in BF3 was a viable Rush level. On top of all this, the game still crashed quite frequently. Simply put, it was a bit of a mess, but when it worked, it was a lot of fun.

As time went on, the game kept getting patched and issues started to go away. I can’t really speak for the PC version, which sounds like it had the biggest performance issues, but the PS4 version hasn’t crashed for me since perhaps mid-December, and the game got way more enjoyable when Conquest was reinstated. I also managed to complete the single player campaign without losing my save game again*, so that was nice too. However, for each patch, it would seem that something else would end up getting broken – there have been a few separate patches which have rendered the game damn-near unplayable for me due to horrendous lag and rubber-banding issues, although these have usually been patched yet again within a week. The China Rising DLC added more issues as well at launch, but I didn’t really like it all that much anyway so I can’t really remember everything that was wrong with it. There was also a notorious glitch which was only patched a couple weeks ago, wherein every loading screen a game of Russian roulette – basically, after the load screen for a map completed, a final loading indicator flashes for a second and then you enter the match. However, with the bug, the loading indicator would flash indefinitely, forcing you to return to the home screen and reload the game. That particular glitch was so bad that I’d estimate you had a 1/3, or maybe even 1/2, chance of encountering it the first time you tried to load a map. 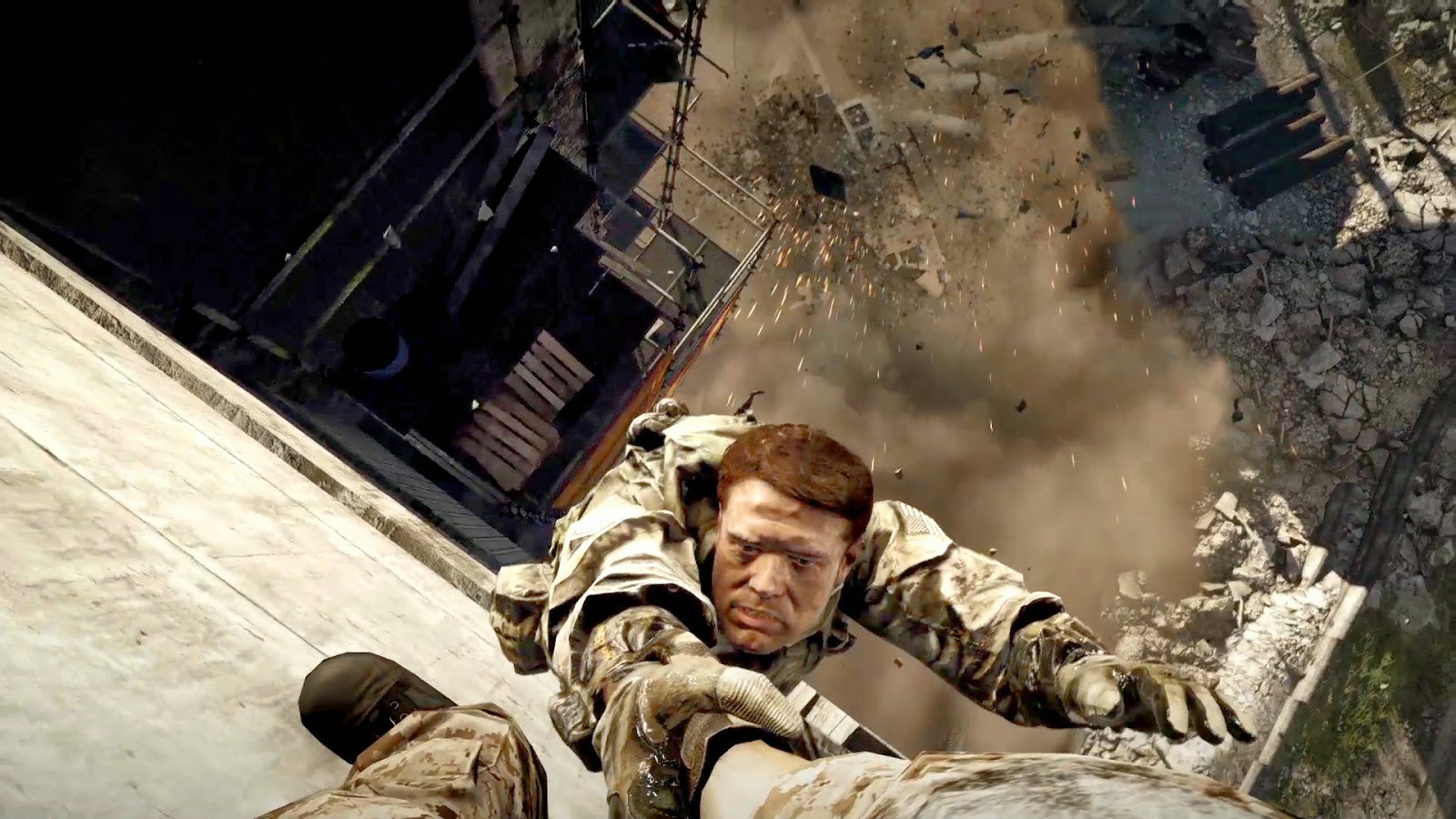 That said, significant progress has been made. The game is pretty much playable now, with nearly every major issue now patched (including some stuff which we didn’t expect, such as significantly lowering the time it takes to spawn in and making DMRs better… however, the kill cam is totally broken for some reason). The DLC has also improved since China Rising, with Second Assault being fantastic fun (and bringing back 4 awesome Rush maps in the process). Naval Strike also looks to shake things up and make me happier to have bought a Premium pass at launch. The only real issue right now is that the netcode is probably worse than it was at launch – players seem to lag behind the action by about half a second (I actually spotted a guy before he even showed up on my screen the other day), which is pretty fatal in a fast-paced FPS. DICE is promising to patch this soon, so I hope that they can at least get it to the level that BF3 was at (although even then, BF3’s netcode wasn’t exactly great – if you didn’t die around a corner a half dozen times per match, then you could consider yourself lucky).

All-in-all, BF4 is still a bit of a mess at times, but it is fun in spite of all of its issues. I wish that the game had worked out of the gate, but I don’t regret buying the game (or Premium for that matter). I am pretty annoyed at EA though for forcing the game out of the gate when it was in such a poor state. I wish that game producers would learn to put quality ahead of release dates – Ubisoft seems to understand this, hence why they pushed Watch Dogs back instead of releasing an unpolished game that would just disappoint everyone. Worse still, I fear that EA might try to annualize the Battlefield brand, putting out a new game every year in order to compete with Call of Duty. Please, please do not do this EA – Battlefield: Bad Company 2 won you fans, such as myself, because it was so much more refined than Call of Duty had been for years. Give us another year to enjoy BF4 now that it’s working half decently, and we might even forget this whole launch fiasco ever happened…

Oh, and make the P90 available for the Assault class again. Who the hell wants to run a PDW on the Engineer class anyway?!

*The single player campaign is absolutely horrendous. It’s only about 5 hours long, maybe, and features absolutely no logic. Stuff just happens as you listen to infuriatingly annoying characters banter and then mow down useless mooks one by one. I would never even touch it if I didn’t need to beat it to unlock the P90 and M249…