Gender relations return, with a vengeance! The core basis of this post has literally been sitting in my drafts list for around a year and a half now as a single point-form statement, but I never got around to doing anything with it – I liked the observation enough that I didn’t want to just delete it, but I also didn’t want to go on yet another feminism rant. However, a TV commercial of all things caused this idea to bubble back to the surface and set my imagination running wild. So here we go: we’re going to examine the concept of the male gaze.

As I have probably alluded to in the past, I grew up in a fairly conservative family. My father instituted (and still does whenever he’s around) some pretty strict rules about what media content we were allowed to consume.* We were generally restricted to PG-13 movies and Teen-rated video games: violence was largely permitted, as long as it wasn’t too bloody or gory and swearing had to be kept to a minimal level… but nudity was basically 100% off-limits. Honestly, of all the restrictions he instituted, I think this one screwed up my psyche the most… but I might get into that another day. 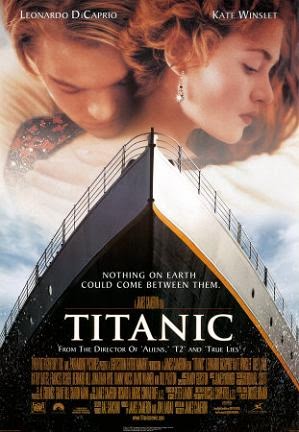 It took me 14 freaking years to finally see this movie…

In any case, this blanket restriction eventually occurred to me as having a couple blind spots. First off, is this including male nudity? I’m pretty sure this never really occurred to my dad, although he’d probably be questioning why the hell we were watching a movie with naked men in it. When I came across this issue though, it made it pretty damn obvious that the whole point of the restriction was because of the classic conservative hysteria about preventing boys from touching themselves, in which case, male nudity wasn’t a big deal (although now that I think about it, I imagine that my dad would argue that God told us to cover our nakedness). The other blind spot I noticed was that, since this was restriction was obviously intended to keep us from temptation, what were we supposed to think about intentionally un-sexy nudity? This was the more important issue as far as I’m concerned, and the one which ties into this post the best. Schindler’s List, for example, has a fair bit of nudity, but the majority of it is unsettling and very un-arousing. Or what about The Impossible, where a breast gets exposed, but it’s pretty horrifically shredded from a very nasty wound and the woman is in a state of utter shock? However, I can pretty much guarantee that this would have been also considered “off-limits” as well, because my father (and much of society for that matter) consider the naked female form to be something that is always subject to the male gaze.

In case you aren’t aware of what the male gaze refers to, it is basically the idea that, in media, the camera tends to “see” and portray women as men see/fantasize them, focusing on their curves and doing their best to make them look sexy, seductive and passive. Possibly one of the most egregious and idiotic uses of this in practice are in regards to Miranda in Mass Effect 2, where the camera constantly frames the scene emphasizes her ass, sometimes dedicating up a third of the screen to it (which, of course, is further emphasized by her skintight bodysuit). 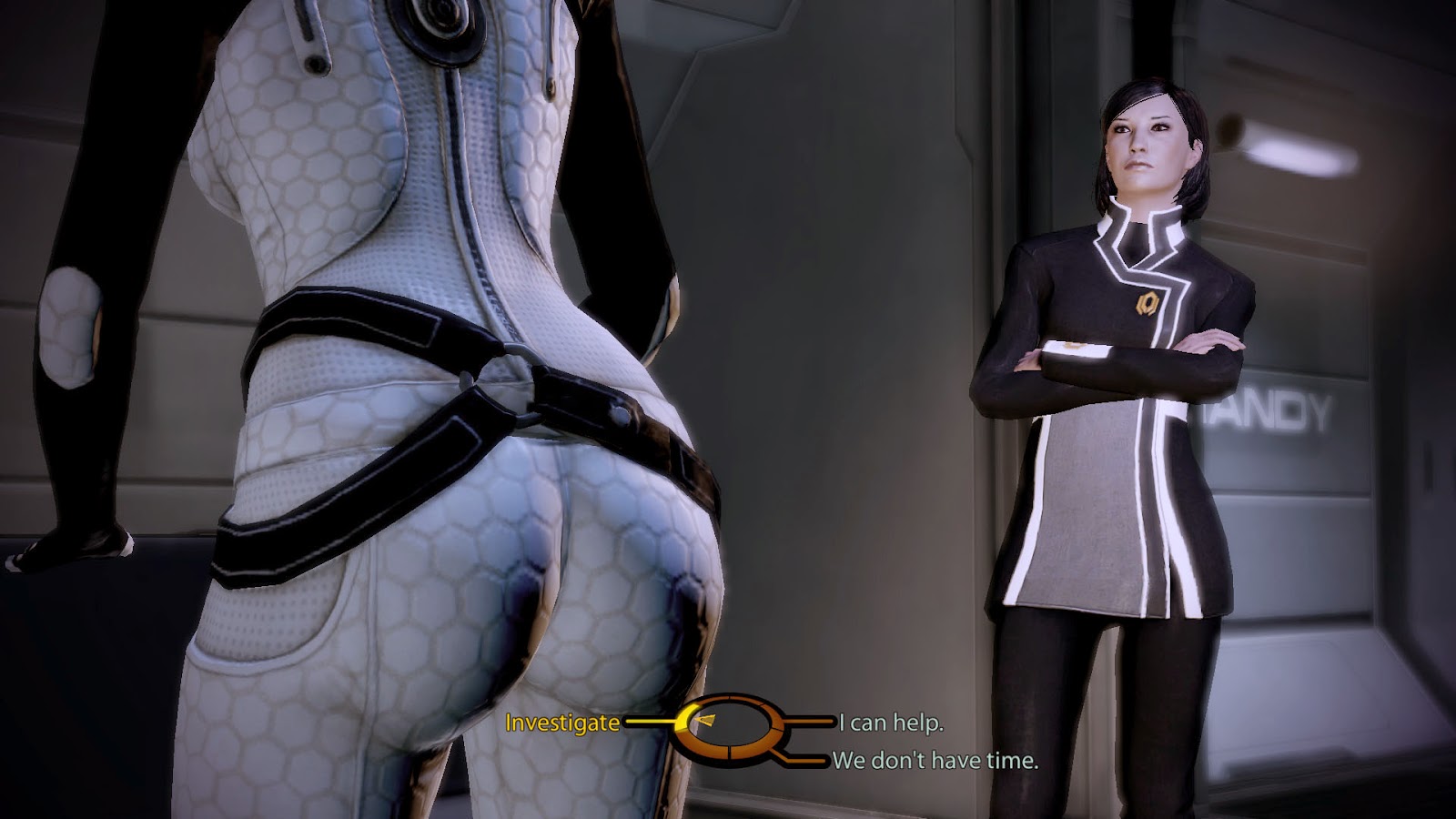 But it’s okay, “because she’s supposed to be a femme fatale!” 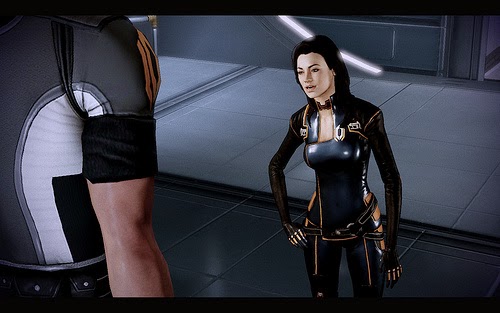 When I first heard about the male gaze in school, I wasn’t sure that I believed it was a real thing, or at least that it could affect society outside of the media. However, I believe I have stumbled upon a perfect example which was this whole article: the bafflingly touchy subject of public breastfeeding. I hadn’t really understood why this was considered so controversial to so many people: babies have to eat, moms have the means to do it, and babies aren’t known for their timeliness or consideration for others. It occurred to me about a year and a half ago that the reason that people get so uncomfortable around breastfeeding women is likely because we have been taught as a society that female nudity is supposed to be sexy and something for men to enjoy, but when it is used to feed a baby, then it suddenly becomes socially confusing, awkward and decidedly un-sexy. 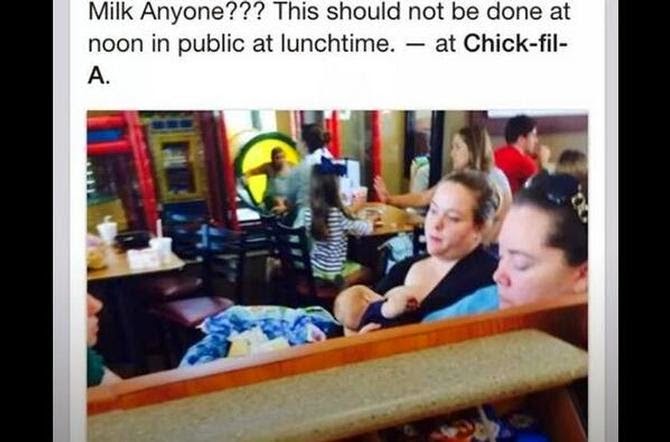 I mentioned that a recent commercial brought this thought bubbling back to my consciousness. In the commercial, they were showing serene images, and then suddenly cut to a close-up of a child breastfeeding. I was kind of taken aback by it, because I don’t think I have ever seen a commercial flirt so flagrantly with a supposedly controversial subject (not to mention that there was like 90% of a boob on screen, which is unheard of in any commercial I have seen). A lot of women who campaign for public breastfeeding like to say that it is something that is “beautiful”, but I never really understood that position until right now: I have been looking at that sort of thing through my own lens, the male gaze. If I had imagined it from the female perspective, the female gaze if you will, I’d have pictured a mother sustaining and comforting the soul that she brought into this world and loves with all of her heart… and, you know what, that actually is an extremely beautiful way to look at it.

So hopefully that all made sense, and demonstrated how the concept of the male gaze has applications outside of media. Public breastfeeding seems to be becoming more and more of a non-issue every year, so hopefully soon mothers will be allowed to actually do what they have to won’t have to worry about some dickheaded prude calling them out for making them feel awkward. 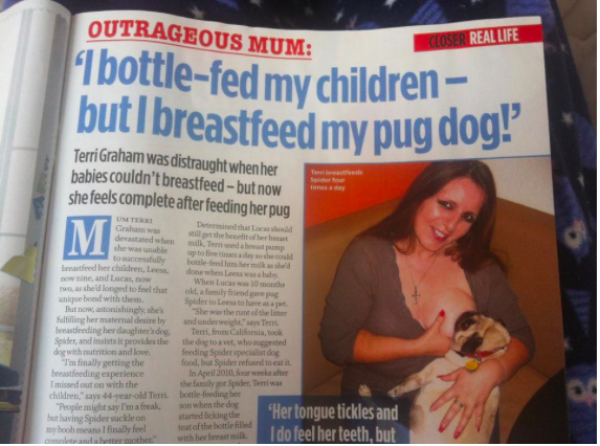 *Don’t get me wrong though, letting kids watch whatever the hell they want to is not something I condone. I don’t think it’ll turn them into a psychotic murderer by any means, but kids should probably avoid some subjects until they have reached a certain level of maturity to begin to understand it.