Welcome back for another IC2S Playlist update! We’re now 9 songs in, clocking in at 53 minutes, with a nice mix of rock/hard rock, metal, electronic and pop music. We’re actually getting to the point where you could throw this playlist on in the background while you work or go for a drive, so… yeah… if you do that, then I’d like to know what you think (as long as it’s positive, haha). Also, this happens to be my 100th post on I Choose to Stand, so that’s a pretty epic milestone to celebrate. 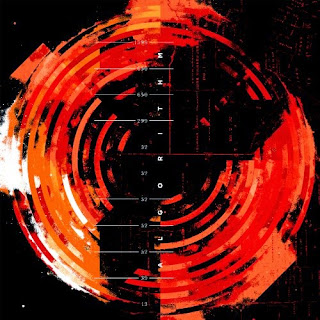 First up this week is “4th Dimension Opera House” by My Heart to Fear from their album Algorithm. I was really tempted to do their song “The Sneaking Chair” instead, but this one edged it out because of its really interesting lyrics (I’ll probably add “The Sneaking Chair” at somepoint in the future though, because it really kicks ass, so stay tuned). In a nutshell, the song is about how things only get worse when humanity gets what it wants. The song details a sci-fi story about how a well of unlimited power is discovered in a small town. It starts out as a promise of good, but it quickly descends into government regulation, riots, poverty, war and overpopulation. In the end, they destroy the well to stop all the problems that it caused in the first place, and make a concerted effort to forget that it even existed… until 10,000 years in the future, when another well is found. It’s a really interesting idea for a song, and the ending shows how the cycle of human desire and self-destruction continues itself. One interesting note for me though is that the song kind of feels like the conservative ethos told in an allegory, but it doesn’t change that I think it’s a very interesting song. My only real complaint is that I wish it was longer. The main body of the song could easily have had another verse about how the well screws up the world, but it feels like it just skips through all of that very quickly. Still, I’d recommend checking out Algorithm, it’s a very solid album from start to finish. 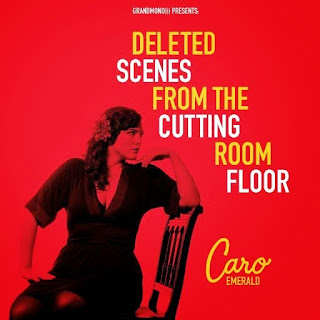 Secondly, we have “The Other Woman” by Caro Emerald from her album Deleted Scenes From the Cutting Room Floor. I have really gotten into Caro Emerald in the last couple weeks, I really like her jazz/big band/pop mixture and her classy, sensual style. This song in particular sounds very Tarantino-esque, or perhaps could form the basis of a kick-ass James Bond theme song (holy shit, please get Caro Emerald to make the next James Bond theme please!!!!). I dunno, there’s not much more beyond that that I can say – it’s just a really great song from a very talented artist, so check it out.