Normally I’d try to make this little intro as short as possible just out of obligation, but this week I’m going to rant a little bit about Game of Thrones… so SPOILERS if you haven’t seen Season 5 Episode 9, in which case I’d recommend skipping down past the album art…

So, if you know me personally, then you’d know that I really like Stannis Baratheon. He’s probably not the ideal ruler in Westeros, or even have a snowball’s chance in hell to pull through to the end (because, believe it or not, Game of Thrones/A Song of Ice and Fire tends to be rather predictable). However, he is a great character and the only one with a truly legitimate claim to the throne thanks to the right of a popularly-accepted conquest. He is the most righteous man in Westeros, and always tries to do the honourable thing (although Melisandre does cause his moral center to shift a bit on occasion).

However, Game of Thrones just screwed him up so spectacularly that it has me fuming at the show: with little provocation, Stannis went and burned his own daughter, Shireen, alive in order to offer her as a sacrifice to R’hllor. Don’t get me wrong – I think everyone knew that Shireen was going to die this season (because, again, GoT is rather predictable). However, I take issue with how it was presented, because it made absolutely no sense, turned Stannis into a big idiot and basically made his storyline going forward almost pointless. The only way I could see him killing Shireen was if Ramsay’s troops had fatally injured her, at which point Stannis would decide to make the most of an awful situation… but of course, this doesn’t happen and he basically does it with little justification.

First of all, Stannis loves his daughter above all else, and she’s basically the only person he actually feels any love for at all. That said, Stannis believes that he is Azor Ahai reborn, and a key part of that prophecy involves the hero sacrificing the person closest to him in order to save the world from eternal darkness. As a result, I’m not even opposed to the idea of Stannis sacrificing Shireen, because she obviously would have to be sacrificed if he wanted to follow the prophecy. Unfortunately, GoT tends to cut these sorts of contextual details out of the storyline, so in the show Stannis basically kills Shireen because he’s in a bit of desperation. Book Stannis basically says “screw this snow” and forces his troops to march through it regardless, which is the Stannis-ethos in a nutshell (remember, he also refused to surrender during the Siege of Storm’s End, even when all the food ran out and his troops were having to cannibalize each other to survive, and has been described as one who will “break before he bends”). Also, remember that he agonized about killing a bastard who he cared little for in order to acquire king’s blood, so you’re telling me that he’ll suddenly make the decision to kill his own daughter, his only heir, on a whim? Why wouldn’t he just take a bit of her blood like he did with Edric Storm/Gendry?

Furthermore, this move has basically made Stannis into a gigantic idiot. First of all, taking his wife and daughter with him on campaign was just an incredibly idiotic and contrived move in the first place. Book-Stannis leaves them with guards at Castle Black in the King’s Tower, which just makes so much more sense (and also means that if she gets burned, there’s a very good chance that Stannis will not give the order and be unaware of it). Secondly, he just lost his Hand of the King and probably a ton of soldiers with this act. The only reason Ser Davos has followed Stannis is because he sees him as the most righteous man in Westeros. Now that he has killed his own daughter (with a certain amount of deception directed towards Davos in the process), he basically has to kill Davos or he’s going to end up getting betrayed for certain. Who knows how Stannis’ troops are going to react to this, although I doubt that watching their lord’s child get burned alive is going to galvanize their spirits all that much… It’s just a stupid situation, and one in which the books handled things SO much better. 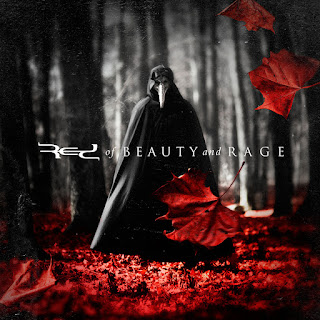 Anyway, enough of that, onto this week’s first selection, “Imposter” by Red from their newest album of Beauty and Rage. I really liked Red’s first two albums, but they got perceptibly weaker on their third album, Until We Have Faces. Their fourth album, Release the Panic, was basically generic crap with way too much dubstep influence. After Release the Panic, I basically swore off of following the band, but luckily they seem to have realized their mistakes and have gone back to their roots for of Beauty and Rage. “Imposter” is one of the best songs on the album in my opinion, it’s just a really solid opening track with a very polished sound. It’s nice to see Red getting back into the swing of things, and I hope that they can keep it up for any future endeavours… at which point I might consider myself a fan again. 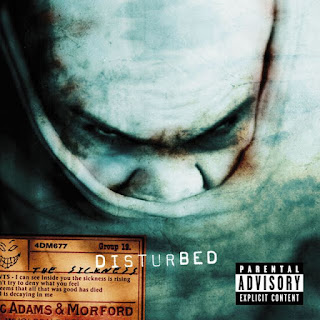 Secondly, we have “The Game” by Disturbed, from their debut album, The Sickness. I really like Disturbed, having seen them in concert twice now. However, my enthusiasm for them has dulled somewhat since they have gone on hiatus 4 years ago. That said, if they announced tomorrow that they were releasing a new album, I’d be right back on the hype train in an instant. I think that “The Game” is one of their more interesting songs. I take the lyrics one of two ways. On the surface layer, it’s about a girl who stupidly keeps cheating on her boyfriend until it drives him into a murderous rampage. My preferred interpretation (and probably the more likely of the two anyway) is that the boyfriend is an abusive and paranoid asshole who constantly freaks out at his girlfriend who he thinks is a cheating whore, until his insanity drives him to go on a murderous rampage. So, um, yeah… it’s a pretty happy song. Oh, and that’s not even mentioning that it just has a really catch sound to it.