All the fuss about the Confederate flag seems to have been getting peoples’ noses out of joint. Even some people who agree the Confederate flag is a negative symbol and supported that it should be taken down are getting annoyed as the story progresses, with people now getting pressured to stop displaying the Confederate flag in public settings. While there has been some overreaction in regards to the flag on both sides (banning iPhone games that depict it, repainting the General Lee, etc), I would hope that most level-headed people would realize that the flag carries some really negative connotations. In general, people just hate being told what they can and cannot do, especially if those things were absolutely fine a few years earlier (this is a key reason why there is often such a huge disconnect between the younger and older generations).

The obvious issue that this way of thinking ignores is that all of human society has been changing in this way and will continue to do so inevitably. Think about it for just a moment – your sense of what a “normal” society and belief system is would have been completely foreign to your grandparents. At some point we’re all going to find ourselves becoming the angry, racist grandparent* at the family Christmas who no one wants to talk to… unless we keep an open mind and are open to change.

There are two ways to react when you find yourself getting left behind by society. One: you let it pass you by, complaining bitterly the entire time, annoying everyone around you, and isolating yourself to avoid the changes. Or, two: keep and open mind, be willing to continue to interact with the world and be open to the possibility of change. I have said in the past that I have changed my views on many things quite significantly over the past few years for the better (politically, philosophically, socially, religiously, etc), and hope to continue to be open to such adaptation in the future.

Just remember, when you see something like the current distaste for the Confederate flag occurring, you’re seeing history begin to unfold. All of humanity’s biggest social accomplishments have been met with resistance from the status quo, but through chipping away at little things like this ultimately will make society a better place in the future. 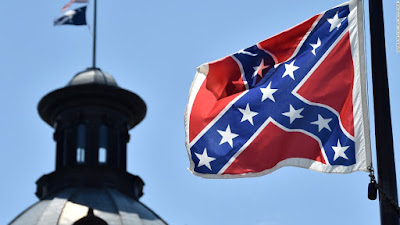 For another current example, just look at the current attitude towards Iran. It’s totally reasonable to be cautious about the current deal with them, but I think that they have ultimately made the right decision. If we don’t establish communication and dependence, then Iran will continue to be seen as our enemy and will have no reason to listen to us. Furthermore, increasing their peoples’ prosperity is a good thing – a contented people are a passive people. It’s easy to pull people into extremism when they are in a seemingly unjust situation and have little to hold them back… but if they suddenly find themselves with something to lose, then they’re going to be far more reserved. It’s going to take a willingness from both sides to change though if this is going to all work out, but we might soon be back to the point where we consider Iran an ally in the Middle East again.

Ultimately, what this refusal to change comes down to is a lack of understanding. People didn’t want to abolish slavery because they didn’t understand that black people were equally human in God’s eyes. People didn’t understand that women had the same mental capacity as men. People don’t understand how awful we have made life for LGBTQ people, that Palestinians are real people and not just some Calvinistic, savage mass spurred on by divine purpose, that racism still is a reality for minorities… but they seem to be coming around to it finally. Keep your beliefs in humility and be willing to at least consider seemingly outlandish views.

*Or, in a modern extrapolation, you will probably be the homophobic, sexist, Islamophobic grandparent embarrassing everyone with your ignorant outbursts.