I have been kind of withholding a post on the Planned Parenthood shooting because I have been waiting for more details on the shooter’s ideology to be confirmed. However, I read a pretty great article this morning about the theology of Christian terrorism which has prompted me to make a response. I want to make it clear though that I cannot confirm the motivations of Robert Dear and, as a result, cannot be certain that it was a terrorist act. As a result, I will try to keep this in general terms, speaking on the social structures surrounding this event and the responses that it has evoked. 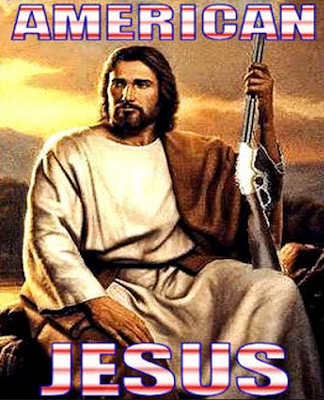 Luckily, it seems that the vast majority of people seem to condemn the actions of Robert Dear, even those who would identify as “pro-life”. However, in certain right-wing circles of the US, the response has been disturbingly muted. For example, most of the GOP Candidates have been avoiding giving an opinion on the shooting, or have deflected the blame. You could make the argument that they haven’t commented because we can’t confirm whether it actually was a motivated terrorist attack yet or just a crazy guy committing a mass shooting at random. However, this is clearly a weak argument, as a lack of facts wouldn’t have stopped them from immediately commenting on a more “convenient” event, such as the Paris massacre, which fits into their message. Put simply, I have little doubt that the GOP Candidates would condemn this shooting in a heartbeat, but the bullshit of American partisanship is forcing them from being seen as defending Planned Parenthood, because there is a sizable contingent of their voter base which is sympathetic to Robert Dear.

For a laugh, I decided to check The Blaze’s responses to the shooting, as I expected them to have the most publicly toxic responses and to provide me with a window to the mindset of the militant American evangelical crowd. I was actually happily surprised to see no outright sympathy for him, but there was (predictably) a ton of deflection of blame from the right. One particular article caught my eye though, by IC2S veteran Matt Walsh, which claims that “Abortionists and Planned Parenthood shooter are just two sides of the same coin”. Now, thankfully Walsh actually states in the article that he does not approve of the methods that Dear used against Planned Parenthood, he also states unequivocally that he feels no need to publicly condemn it either. He also makes the incredibly bizarre assertion that “the Planned Parenthood shooting only proves that Planned Parenthood is evil”. I find these points to be equal parts strange and extremely callous. Presumably, Walsh feels that this shooting is a case of a murderer murdering mass murderers. Within Walsh’s conservative, “eye for an eye” morality, this makes Dear’s actions difficult to condemn… which is the whole problem. 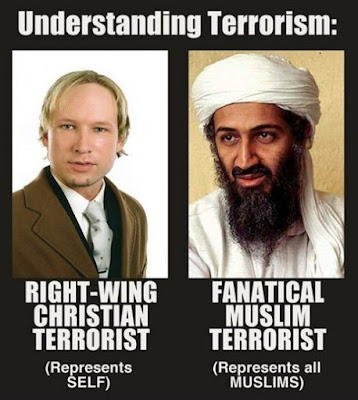 Look, you don’t have to be a left-winger to condemn the Planned Parenthood shooting which, in all honesty, looks likely to be a case of domestic, Christian terrorism. You don’t have to be right-wing, or even “pro-life”, to oppose abortion either. However, partisanship and tribalism has soured our morality and taken away our humanity when we can’t even acknowledge that maybe, just maybe, terrorism is something that we can commit as well. If it turns out that Robert Dear was indeed motivated by Christian anti-abortion rhetoric*, then this is pretty clearly a case of a Christian committing an act of terrorism not unlike the Islamic terrorists we have been condemning and killing for so long.

This brings me to the heart of the matter – if you kill innocent people in order to bring about an ideological end, you’re a terrorist. If you support Robert Dear then you’re on the same level as those who support Al Queda or the Islamic State. The only difference between the two comes down to ideology. If you support the Planned Parenthood shooting but cry out for us to keep Syrian refugees out of the country because they might be terrorists, then brother I would suggest that you remove the plank from your own eye. I pray that we may learn how to come to understand and reconcile with our enemies and become a culture in which such acts of violence can be rightfully condemned without fear of oppression.

*Even if he was insane, this rhetoric still matters, as it would be what influenced him in the first place. I’m not entirely convinced that it should shoulder the blame per se, but they should at least acknowledge that maybe their messages were a part of the problem.