Welcome back, good readers, to Part 3 of the Final Destination retrospective! In this post we’re going to cover the next entry in the series, Final Destination 3. If you haven’t read the previous 2 entries in this series, then I would recommend that you do so to get up to speed and see how this franchise has changed over the years. Did this entry improve on the formula after the disappointing Final Destination 2? Well, read on to find the answer to that… 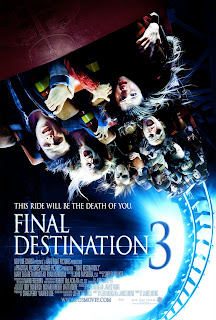 Final Destination 2 was pretty terrible, and really wasted the promise that the original contained, trading that out for laughs and gore. Perhaps the producers and folks at New Line Cinema realized this and ended up getting James Wong back on board for the third entry in the series. Promisingly, Wong was both writing and directing, so with any luck the crew who crafted the first film would be able to put it back on track (so to speak), right?

Umm, well no, not exactly.

First off, this is the point where the series really embraced its formula and became a straight-up slasher film. Aside from the leads, death is almost never subverted, so the middle section of the film is basically just scenes of people getting killed in sequence. This could have totally destroyed any sense of suspense that the film could try to establish, but there’s a bit of a twist: suspense no longer comes from wondering if Death is going to kill his victims, but rather how. This is done in an odd manner (Death hid hints in some… photographs? Dammit Death, you bloody photobomber!), but it does invoke a sense of morbid curiosity.

Considering that this is a Final Destination movie, it should also be noted that the opening disaster was a strange choice. On one hand, it makes sense – a lot of people are afraid of roller coasters, so you can prey on that phobia – but on the other, it comes across as rather silly. In fact, the film is pretty silly overall: bimbos get killed in a tanning bed, a guy’s head gets torn up by an errant flying motor, a football player’s head gets crushed by his weight machine, etc. Compounding this problem is the decision to set the story in a high school setting. Yeah, the other 2 films in the series had followed high schoolers (or possibly early college in the second movie), but they didn’t center their actual story around that setting, it was merely in the background. Unfortunately, Final Destination 3 revels in high school horror and all that that entails – there’s the usual social cliques for each of the characters (jocks, preps, goths, etc) and the romance subplot you can expect in basically every high school movie. Most of the characters are now totally throw-away and exist only to get killed to sate our bloodthirsty appetite… especially Frankie Cheeks. Good God, he is by far the most grating character in the entire series. 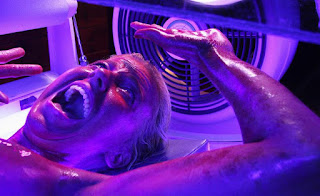 That said, Final Destination 3 has its positives. For one thing, it’s fairly well-made overall. Sure, it’s very silly and gratingly cliche at times, but it still manages to be far more interesting than your average horror-slasher. Final Destination 3 manages to be quite entertaining overall (thanks to Wong’s direction), even if the script is pretty crappy (thanks to Wong’s, uh… writing). I’m also quite glad that, while the movie shifted the series straight into slasher-horror, it isn’t overly gory. Now I’m not adverse to gore by any means, but I think it often distracts from any sort of actual horror a movie could try to build up, is just a crutch for some bad filmmakers and is just totally fetishized (see any Saw sequel, especially those after the 3rd). Anyway, considering that the Saw series and Hostel were kicking off the gore-porn trend at this time, that’s pretty surprising to me.

Anyway, you might be able to tell that I’ve been skirting around something throughout this whole post, and if you could then you’re totally right. That “something” is the movie’s greatest strength: Mary Elizabeth Winstead and, to a slightly lesser degree, Ryan Merriman. The chemistry between the two leads totally carries this movie – without them, Final Destination 3 would probably be utter crap. Mary Elizabeth Winstead, fresh off her first major role in Sky High, really elevates the material she’s given here and makes her character, Wendy Christensen, very interesting and sympathetic. Considering the crappy script she’s given, Winstead’s performance makes this movie far more watchable than it has any right to be. In fact, I’ll go ahead and say she’s my favourite character in the whole series. Ryan Merriman’s Kevin Fischer also aids in this regard, as the chemistry between Wendy and Kevin is excellent (perhaps they became friends beforehand on the set of The Ring Two?). Wendy and Kevin really form the emotional core of the film, which is especially important in a movie with so many expendable characters. In fact, it makes the ending quite infuriating because it is certainly implied that (SPOILER ALERT) they get offed like every other bloody hero in this series. I guess they never actually show it for real, so you can hold out some hope that they escaped, got pregnant and gave birth in order to end the cycle, but that’s mostly just optimistic wishing on my part… all I’ll say is stop killing your freaking leads for no good reason!!! 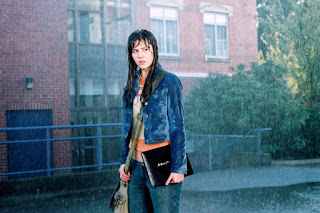 The only other character of (positive) note is Kris Lemche’s Ian McKinley, a philosophical goth character. While he has even less material to work with than Winstead or Merriman, Lemche manages to make Ian a very interesting character in his limited screen time. Ian’s philosophizing about Death’s plans actually manages to create some tension and moral questioning for the leads. He becomes unhinged towards the end and makes for a rather weak secondary villain, but up until that point he’s quite intriguing.

As you can probably glean, Final Destination 3 is largely buoyed by Mary Elizabeth Winstead and Ryan Merriman’s performances, competent filmmaking and a bit of good ol’ fashioned fun. However, the script is extremely weak and the series had become noticeably formulaic at this point. It’s a pretty middling entry overall. I enjoy it for the fun that it manages to deliver, but I really appreciate it for the performances from the main characters – without that, this would really be a hollow entry and I probably wouldn’t have even gotten into the series at all.

Be sure to come back soon for Part 4 of this retrospective: The Final Destination!