Welcome back for Part 4 of the Final Destination retrospective! In this post we’re going to cover the poorly-titled The Final Destination. This was a bit of an intriguing entry for a couple reasons, although the fact that it was in 3D might be the most important. In fact, it was early to the party for the 3D craze, arriving a whole 4 months earlier than Avatar (and even then, Avatar didn’t reach a fever pitch until about 3 weeks after release when people actually started seeing it en masse). Did the 3rd dimension make this the best entry in the series yet? Well… read on and find out…

As a side-note before we get into the retrospective, I was a bit worried I wouldn’t get this entry out today as I have spent most of the weekend writing an essay for school. However, as of the time I’m writing this, I’ve got about an hour til midnight so I’ll either get it out by late on the 10th or early in the morning of the 11th. This is only really important because I want to have a schedule for my retrospectives of 3 or 4 days between posts (work permitting). To me, there’s nothing worse than a blogger who can’t maintain a consistent schedule and so I’m going to attempt to commit to one… for retrospectives anyway as a start. For regular blog posts I’m committing to at least 1 post every 7 days.

Anyway, enough of that, let’s talk about people getting killed… IN GLORIOUS 3D! 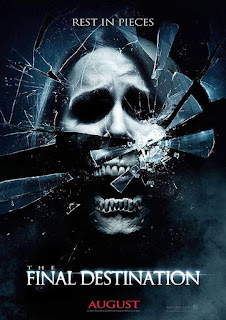 So after Final Destination 3, the series producers were looking to expand the franchise. They ended up deciding that 3D was a good way to do this (possibly anticipating Avatar, which had been in production for quite some time, or My Bloody Valentine 3D, although apparently they had planned Final Destination 3 to be in 3D oddly enough). James Wong was unavailable to direct (he was working on… Dragonball Evolution… good God), so the duties were passed on once again to David R. Ellis. Well… hopefully he learned from his experiences with Final Destination 2 and managed to create something better, right? Nothing wrong with a little optimism, right?

In this case, yes. The Final Destination is easily the worst movie in the entire series for a number of reasons.

First of all, the characters are largely unsympathetic. I liked the main character, Nick O’Bannon, his girlfriend Lori Milligan and the token black guy, George Lanter, but that’s literally the extent of it. Furthermore, it’s not due to the script or even the direction… if anything, it’s from the actors themselves, although I’d be hard-pressed to say anyone put in a great performance… and the main reason I liked Lori was because she was good looking to be brutally honest… 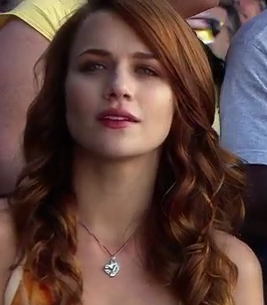 Anyway, everyone else is a massive douchebag. Nick’s best friend, Hunt, is completely unlikeable… almost as much as Frankie Cheeks. Ouch. There’s even a character who is literally just called the “Racist Man”, because that’s the extent of what his “character” is. So, once again, David R. Ellis presents us with cannon fodder for Death to have his way with, making it rather difficult to become engaged with the film.

“Well okay,” you may say, “I come to Final Destination for the deaths, not the characters anyway.” Well on that front the death set-ups are… strange. At one particularly silly stretch of the movie, a character gets her head stuck in her sunroof while inside a car wash, while at the same time, another character gets his ass stuck to the bottom of a pool… umm, what? Even worse though, most of the time the film doesn’t properly build enough tension before a death – Death seems to be striking at random half the time and sometimes the deaths themselves are just really abrupt, particularly in the opening scene. And speaking of the opening scene, I’m not sure what they were thinking. The other films’ opening disasters preyed on common phobia – fear of flying, fear of getting in a huge pileup, fear of rollercoasters. All sensible. But this movie has the fear of… race cars? Rednecks? And, near the end, fear of movie theaters? Uh, okay… I don’t know about you, but I can’t say I’ve ever been worried about getting killed at a sporting event. And for that matter, how does half the arena get destroyed by a race car crash? The stupidity in this movie is pretty boggling (although the death of the Racist is pretty awesome).

Another point of contention would be that the deaths look really fake half the time. In previous Final Destination movies, they used lots of dummies, make-up effects and minimal use of computer effects for the deaths, and they worked quite convincingly most of the time. However, in The Final Destination, the majority of the deaths are done using CGI. I can’t be sure of the reasons for this, but I imagine it’s in part due to the 3D focus. Apparently the producer, Craig Perry, said that he wanted the 3D to add drama and not be there to throw things at the audience, but that did not translate to the final product at all. I’ll admit I haven’t seen this in 3D, but from what I’ve seen of it in 2D, it seems like all they did with it was throw shit at the audience (and, in one particular instance, I mean that quite literally).

As for the story… eh, what about it? It’s the exact same plot we’ve seen in the past 3 films, and they really didn’t go to a lot of effort to differentiate it. And they didn’t even put Tony Todd in it! I mean, at least he got an un-distracting voice-over cameo Final Destination 3, but he’s completely absent here. At least the ending didn’t piss me off this time, because I didn’t really give a damn about the characters getting run over by a transport… and, admittedly, they were a bit clever about it all – the ending reveals that everything which the characters has done to subvert Death has actually been a part of his plan all along (*cue transport truck*). It’s clever and expands the series somewhat, but for this movie it’s too-little, too-late…

Honestly, the best part of the movie is the opening credits – the montages are very cool and the music is good as well (apparently the soundtrack was highly praised, oddly enough). Otherwise, The Final Destination is objectively a piece of crap. Between this, Final Destination 2 and Shark Night 3D, my opinion of David R. Ellis is pretty low (although he was a hell of a second unit director).

Yet, despite all of what I have just said, tearing the movie apart… I kind of enjoy it. I think I’ve seen it more than any other Final Destination movie, which even I’ll admit is pretty sad. I enjoy it in the same capacity that I enjoy the (even worse) Aliens vs Predator: Requiem – an exercise in stupid fun that doesn’t require anything beyond that. It’s a bad movie on pretty much every level, but it’s also enjoyable and kind of fun in spite of it all. It takes a special kind of movie connoisseur to enjoy a movie like this, but if you can extra fun from crappy movies then you might dig this… either way, I’d recommend any other movie in this series over this any day of the week though.

Be sure to come back soon for the final entry in this retrospective: Final Destination 5!