Hey, time for another relatively short and scattered post before I get into my next retrospective series – which, for the record, I am planning on starting by this time next week! It’s going to be a rather diverse and progressively overblown series, so be sure to tune in for that! And speaking of retrospectives, the recent release of After Earth has brought back painful memories. I must confess that in high school I really liked M. Night Shyamalan (enough so that I can spell his name without having to look up the spelling to ensure its correct). This was before Lady in the Water of course. The Village was merely mediocre, but still had promise. However, since Lady in the Water, Shyamalan has been in a massive and destructive tailspin that has annihilated his good name. It’s really just too bad because The Sixth Sense, Unbreakable and Signs are all fantastic films and every time Shyamalan comes out with something new I’m hoping that he can recapture the magic. Unfortunately, he has just disappointed me over and over again – the man has serious directing chops, he just needs to get better scripts and maybe some tighter oversight. If you want to try to recapture some of the glory days, check out this Shyamalan article (which, by the way, would make for a great retrospective series some day). 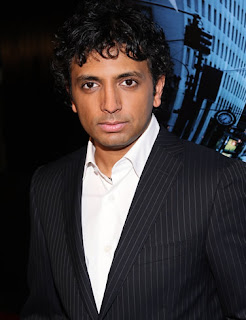 In other news, Youtube has officially rolled out its new design layout for channels. I updated to it last night and fiddled around with my channel somewhat for the new layout. I actually made a new, scale-able banner for the channel too – it scales to fit your resolution, so you get a different version of it whether you view it on a smart phone, tablet, desktop, TV, etc. You can view the new layout here, and/or watch my latest paintball compilation video below.

Finally, a story that popped up on my Facebook news feed recently. I’m somewhat lucky in that most of my friends don’t post stupid things (although one cousin is a stereotypical conservative gun nut), but it was quite odd when someone posted this article about how Angelina Jolie was duped into performing a double-mastectomy. Of course, this story has been all over the news lately and while I haven’t really taken a strong stance on the matter (due to being woefully uninformed on the medical aspects of the story and some general apathy about the doings of celebrities), I thought the article might be interesting. Turns out it kind of was… although, not for the reasons they might have hoped. I could be wrong, but it looks to me like Real Farmacy isn’t really a completely medically-sound website (reiterated by their legal disclaimer). First of all, Real Farmacy screwed up their facts (or perhaps just intentionally misinterpreted them). For one thing, they claimed Angelina had an 87% chance of getting breast cancer. In actuality, she had an 87% higher chance of getting cancer than an average person, which is a pretty significant difference. They also  claim that you have complete control over whether or not you get cancer, and that this is based entirely on diet and lifestyle choices:

So the whole “chance” argument is pure quackery. There is no chance involved in whether you get cancer. It’s all cause and effect. You are either living a pro-cancer lifestyle and therefore growing cancer, or you’re living an anti-cancer lifestyle and keeping cancer in check so that it never becomes a problem. Cause and effect is what results in either the growth of cancer tumors or the prevention of cancer tumors. There is no “luck” involved.
It’s fascinating, isn’t it, that medical doctors don’t believe in luck or voodoo on any topic other than cancer. But when it comes to cancer, they want all women to be suckered into the victim mentality that cancer is purely a matter of “luck” and therefore women have no control over their own health outcomes. How disempowering! How sick! How incredibly exploitive of women!

Is it just me, or does Real Farmacy come across as the real quack here? They’re disregarding communally agreed-upon medical advice in exchange for their own agenda. I haven’t looked into the website too much, but I wouldn’t be surprised if they were selling health food or were sponsored by a major health food corporation. To further call their credibility into question, they seem to think marijuana’s a miracle drug. It’s also worth noting that this article has been copy + pasted across a number of healthy living blogs.

A healthy amount of skepticism is a very good thing to have. I don’t know how much crap I come across on Facebook which I’ve seen people take at face value, but with a 10 second Google search people would find out that it’s total bullshit. Websites like Snopes exist just to stop this sort of stuff. It also really annoys me because people will absorb this information and use it to inform future decisions, which is frighteningly dangerous. Of course, these are also the same people who say that the religious are gullible and simple-minded… *ahem*. Bottom-line: think critically about everything. 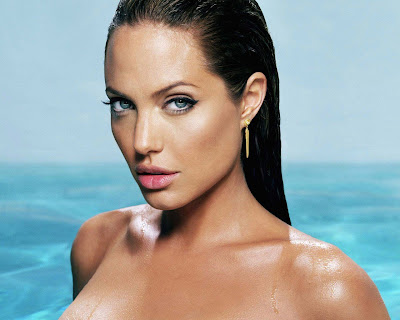