I was originally planning on integrating this post into my last blog entry about the Pope, but it quickly became very complicated, long and didn’t flow very well with the rest of the article. Ultimately, I decided that it would be better to separate the two articles to give this bit of theorizing the attention I feel it deserves. Anyway, mulling over all of this theology also made me wonder about perhaps the most controversial passage in the satirical article. Is it in any way possible that “through acts of love and charity the atheist acknowledges God as well, and redeems his own soul, becoming an active participant in the redemption of humanity”? Honestly, I would be overjoyed if it was true since I have friends who do not share the same faith as myself, but I believe this is wishful thinking at best (sadly). However, my mulling about this and the evolving state of religion led me to wonder what would happen if a certain theory of quantum mechanics is proven. I would like to make sure to emphasize that I do not actually believe the content of this post. It is nothing more to me than entertaining theoretical musings… but that doesn’t mean there isn’t any substance to it. Oh and just a warning – things are about to get complicated and mind-blowing. 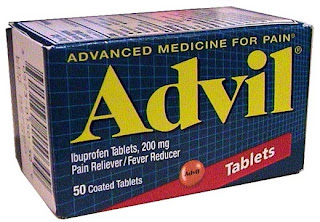 Maybe grab a handful of Advil too.

If you’ve read Michael Crichton’s Timeline, watched Source Code or played Bioshock: Infinite, then you’re at least mildly familiar with the basics of the many-worlds interpretation of quantum mechanics. It’s a real scientific theory which posits that infinite alternate dimensions branch out from every action (there’s scientific ideas to back up the theory in the first place, but that’s the simple shorthand of it). It’s extremely complicated, but seriously – read Timeline. A lot of media seems to be incorporating the theory and that book has helped me understand them so much better.

Argh, I’m getting a headache already.*

However, another issue arises from this conundrum if it turns out that these infinite number of individuals all share the same soul. In such a case it would mean that collectively, across all of the dimensions, all individuals would inevitably attain salvation. The obvious consequence of this is that nearly everyone will go to heaven, whereas Christian doctrine assumes that you only have one lifetime to save yourself. This creates a bit of a theological issue – yes, it would mean that everyone is saved, but it’s distinctly different than the universal reconciliation taught in liberal churches. For one thing, it’s not a cop-out to avoid offending anyone. Individuals will be repenting of their sins… just maybe not in this dimension.

Still following me? In case you need a simpler, possibly clearer distillation of the idea, then it would be as follows:

Assumptions: Jehovah and the fundamental principles of the Christian religion are true, as is the many-worlds interpretation.

Premise 1: If the many-worlds interpretation is true, that means there are multiple versions of the same individual spread across dimensions.

Premise 2: Either these individuals have separate souls or shared souls.

Premise 3: If these individuals share a soul, then all souls will be given infinite opportunities to attain salvation.

Conclusions: In such a situation, all souls will attain salvation.

Of course, there’d have to be some exceptions to this line of thinking. I would assume the divine are exempt from the machinations of quantum mechanics (since Satan overcoming God would be pretty blasphemous). Jesus would have to be the perfect sacrifice across all dimensions (otherwise He has absolutely no purpose). Also, assuming the popular interpretations of Revelation are true, the Anti-Christ and False Prophet would have to be doomed to condemnation since Revelation states that the unholy trinity are cast into Hell together at the end of time. There might be other exceptions, but these are the ones that stand out to me.

Hopefully this has given you something to think about… even if you had to fry your brain in the process. Got any thoughts on this theory? Sound them out below.

*That’s no joke either, writing this blog post seriously gave me a headache.