With the Oscar nominees recently announced, one or who names popped out at me as people who, a few years ago, would never have struck me as great actors. On the flip-side of that coin, there are other actors who had promising careers not too long ago, but are now some of the most hated people in Hollywood. Naturally, I’ve compiled a list of these actors for your reading pleasure, although there were quite a few more of them than I expected. Note that this is only listing actors who had major career shifts

Honourable Mentions: Ben Affleck (mostly for directing, although his acting was praised in Argo too… I’ll reserve judgement on this though until Batman/Superman), Adam Sandler (I consider 9 years removed from a decent movie too long ago to be “recent”), Mel Gibson (ditto), Joaquin Phoenix (went nuts for I’m Still Here, but thankfully ended that non-sense and is back to Oscar baiting), Robert Pattinson and Kristen Stewart (both were major up-and-comers, until Twilight annihilated their long-term careers… however, Pattinson is still in good graces and might just scrape out a career), Liam Neeson (from dramatic actor to action movie badass, although Taken 2 knocked the winds out of those sails). 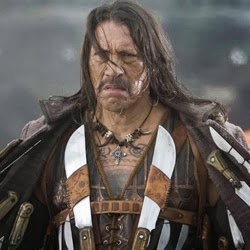 Danny Trejo is a workhorse. Look at his IMDb profile – he appears in dozens of films every year, usually as an extra. However, ever since Robert Rodriguez gave him his first leading man role in Machete, Trejo has suddenly become the go-to bad ass leading man in shlocky, straight-to-DVD B-movies… and honestly, I wouldn’t want it any other way. Danny Trejo seems to be having a blast with his new-found recognition. I remember reading an interview for Machete Kills where Trejo was all giddy because he had to film a (rather tame) sex scene with Amber Heard, and couldn’t believe that he was actually getting paid for that job (which of course had Amber in stiches). And honestly, I’d probably be reacting the same way. 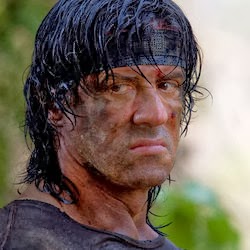 The Italian Stallion was one of the biggest names in Hollywood throughout the late 70s and 80s, creating such mammoth franchises as Rocky and Rambo. It should also be noted that he nearly won best actor and best screenwriter for Rocky. However, after a string of terrible Rocky sequels and weak action movies (buoyed only by Cliffhanger), 1995’s Judge Dredd pretty much marked the end of Sly’s career as a legitimate leading hero in the eyes of the public. The movie was an all-round embarrassment and marked the beginning of the low period in his career. So when Rocky Balboa was announced, obviously people were skeptical – Sly was too old, the Rocky sequels generally sucked, etc. Of course, Sly had the last laugh, because by all accounts, Rocky Balboa was extremely well received. After that came Rambo, which was easily the best film in that franchise since the original (and also one of the most brutal movies I’ve ever seen). Then came the Expendables films, which aren’t exactly amazing, but have helped keep Sly popular. He hasn’t been as successful in his smaller endeavours (eg, Bullet to the Head), but for the moment Stallone is definitely back in the spotlight. 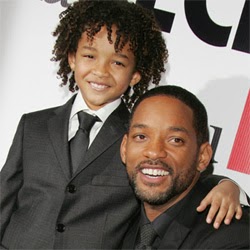 Will Smith has a ton of charisma and is a natural leading man. His IMDb profile reads like a list of major hits of the last two decades, with 2000-2008 probably being the height of his career as the man who could have any role he wanted to, regardless of race. Even somewhat shoddy or butchered material, such as I Am Legend, are elevated by Smith’s presence. Anyway, Smith’s career began to turn around with Seven Pounds, a film which was hyped to be the movie to earn him a Best Actor win at the Oscars. However, the movie fell flat (not due to Smith’s efforts however), and Smith decided to neglect his own career in favour of his son Jayden’s. The results haven’t been too good – since shelving his own career, Jayden has put out such dreck as The Karate Kid remake and After Earth, the latter of which features Will Smith in a cameo (which was clearly done to try to piggy-back Jayden to stardom on his father’s name). As a result, Will Smith’s own popularity has been dropping sharply, and if he’s not careful then he might lose audiences’ goodwill entirely. Bradley Cooper’s career has been rather interesting. He slowly worked his way up to leading roles over the course of a decade until he gained real recognition in The Hangover as the pretty boy opposite Zach Galifianakis (the real break-out star from that film) and Ed Helms. However, this big break was nearly wasted on films such as All About Steve, Valentine’s Day and The A-Team, all of which didn’t display his talents very well. However, he was saved by the major hit that was Limitless, which displayed his leading-man potential. This drew David O. Russell, a favourite director of the Academy, to Cooper for the one-two punch of Silver Linings Playbook and American Hustle, earning Cooper consecutive acting nominations. At this rate, it seems that Bradley Cooper is like Mark Wahlberg in that he’s as good as the script in front of him, but there’s no denying that he’s a hot property in Hollywood these days. 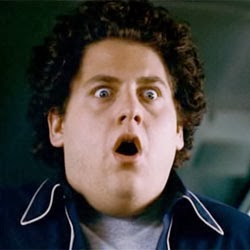 Jonah Hill is one of many major Hollywood names to get his big break from Judd Apatow (others including James Franco, Seth Rogen, Steve Carell, Lizzy Caplan and Paul Rudd). For years he was appearing in Apatow sex comedies like The 40-Year-Old Virgin and Knocked Up before starring alongside Michael Cera in Superbad. Of course, this made everyone associate him with juvenile humour and/or sex comedies, meaning he was stuck with films like Accepted on his CV. However, out of nowhere, Jonah Hill decided to stretch his acting chops and got a Best Supporting Actor nod for Moneyball. Everyone was shocked – the Jonah Hill!?! Since then he has starred in the very successful 21 Jump Street remake, made fun of his public persona (and Oscar-nom status) in This Is the End and even bagged a second Supporting Actor nomination with The Wolf of Wall Street. It looks like Jonah Hill’s star is only going to be ascending at this rate. 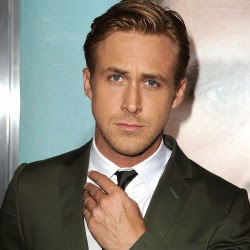 Formerly: Pretty boy from The Notebook
Now: Legitimate, big-name actor and badass action hero with a sensitive side

Did anyone expect that the pretty faced guy from every romantic’s favourite movie, The Notebook, would ever be seen mashing a man’s head on screen with his foot? Ryan Gosling was a bit of a joke for years after The Notebook, hated by a lot of guys for his pretty looks. However, he was building up his acting chops in the meantime, with an acclaimed performance in Blue Valentine (a film which got further exposure due to the MPAA unjustly slapping it with an NC-17 rating). However, it wasn’t until Nicholas Winding Refn’s Drive that the public woke up and said “Wait… this guy is awesome!” The public hyped Drive up for Best Picture and Gosling for Best Actor (although neither came to fruition), and suddenly Gosling was getting choice roles, such as Oscar-hopeful The Ides of March and mindless actioner Gangster Squad. He lost some goodwill after Only God Forgives, but Nicholas Winding Refn has taken the brunt of that scorn. Gosling says he might be retiring from acting soon, but we will see how his career shapes up when or if that happens. 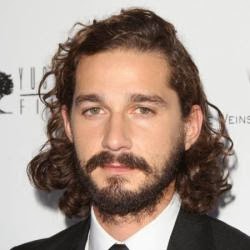 Shia LaBeouf got the break of a lifetime with the TV show Even Stevens, which looked like the springboard to a major Hollywood career. And to be fair, it worked – Shia started landing lead roles in such notable films as Holes and Disturbia. However, his major thrust into the spotlight came from Michael Bay’s Transformers, which surprised everyone by just how entertaining it was. LaBeouf’s performance wasn’t exactly acclaimed, but he was fine for the role. However, then Indiana Jones and the Kingdom of the Crystal Skull happened and suddenly the public turned on Shia. Pretty much everyone hated Mutt Williams, including Shia himself. Then Transformers: Revenge of the Fallen happened, and suddenly Sam Witwicky was irritating as sin. With the exception of Lawless, everything LaBeouf has done since 2007 has been the recipient of public scorn, and even in his private life he has become an object of ridicule. Really, he has become a waste of the talent and potential that he displayed ten years ago. 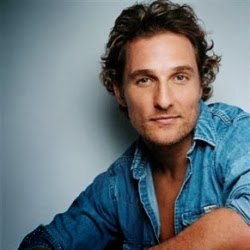 I was too young to remember it, but apparently Matthew McConaughey was a pretty hot property during the 90s. However, I only really knew him as he appeared in the early-to-mid 2000s: the guy who shows up in every awful romantic comedy and slap-dash blockbuster. I don’t know if he was sleepwalking throughout that period, but I saw Sahara, it was stupid, and McConaughey phoned in his performance. However, legend has it that after seeing one of his romantic comedies (Fool’s Gold possibly? Maybe Ghosts of Girlfriends Past? Failure to Launch? Argh, there’s too many possibilities), he woke up and realized that he was wasting his talents and career. As a result, he decided to shape up with films such as We Are Marshall and his hilarious turn in Tropic Thunder. However, he didn’t move into a truly major performance until The Lincoln Lawyer. Since then he has been an annual Oscar contender for such films as Mud, Killer Joe and Dallas Buyer’s Club, while still entertaining the ladies in Magic Mike. Honestly, his career seems to be only getting better, as he is the lead in Christopher Nolan’s Interstellar. I never thought it was possible, but I salute you McConaughey – you really turned your career around and saved your reputation.