Election period is coming around in Canada once again, and I’m not sure which irritates me more: the shady politicking or the whining of the uninformed. Recently, I was analyzing Stephen Harper’s campaigning speech in Vancouver, when the lady sitting next to me helpfully informed us all that “they never keep any of their promises, so why bother?” Ah, the old standby of the uninformed and uninterested person who chooses not to vote, and yet has to throw their opinion in anyway because they feel like they need to justify their ignorance (and using “prevailing wisdom” no less)!

Of course, studies have shown that politicians actually do keep the majority of their promises (typically 65-85% of them, depending on their term length, partisanship, etc), so it goes further towards damning their opinion. I mean, this should be pretty obvious – if a politician gets a reputation for lying through their teeth, then they aren’t likely to get reelected. 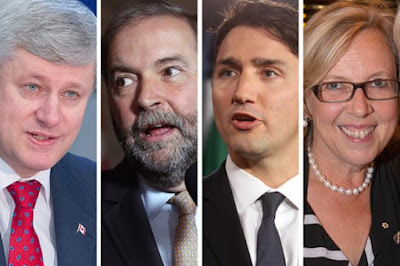 Unfortunately, it is the uninformed, like my co-worker, who are just the sort of person that politicians need to game the democratic system. Politicians are aware that those who are already politically engaged have made up their minds on who to vote for long before the election ever comes, so they have to find other sources to swing the election in their favour. The undecided and uninformed voters are the people that politicians are campaigning towards… and that’s pretty damn frightening to me. I mean, I can respect the undecided (and I think that we should all keep our voting options open and not fall into the habit of voting for the same party every time simply because we always vote for them), but the amount of uninformed voters who vote is scary. Think about it – every time there’s an election, the fate of our country is potentially hinging on the whims of people who don’t really understand what they’re doing. Perhaps they felt pressured into voting by someone else (there are always big “VOTE NOW!!!” campaigns come election time and people always whine about 40% voter turnout, but I’d rather that than 60% of voters not knowing what the hell they’re doing), or their neighbour has convinced them that a particular party is the way to go because all the others are liars, or maybe the politicians’ own extremely deceptive tactics managed to sway them (this is why we have attack ads galore and why everyone is dog-piling on Harper for “causing a recession” – it doesn’t have to be true, you just have to get people to think it is). For example, my youngest brother has a learning disability and doesn’t understand politics in the slightest. However, he votes for the Conservative party consistently, simply because that is who my parents vote for and they have basically prodded him into voting with them. 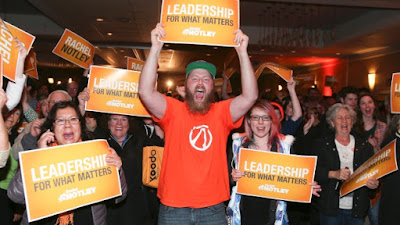 Is there a good solution to prevent the whims of the uninformed from affecting elections? Or is this just how democracy should work? While I’m sure there are a diversity of opinions on the matter, I personally see this as one of the failings of our democratic system, which allows the “gaming of the system” which politicians are so notorious for. My own proposed solution is one that I have waffled on for a while. It is the idea of a voter compitency test, where voters actually have to know what the hell they’re doing to gain the right to vote. This might actually make more people interested in being politically active, because people are always most interested in the rights that they don’t get without earning them. This would shift things more towards an oligarchy of the educated, but this also opens up additional concerns. Foremost amongst these is how the test could be conducted without opening up a bias towards a political party, and to prevent it from being gamed in the future (which is how dictatorships are created). Also, I’m aware this whole idea of an educated oligarchy might just be a political bias of my own – while studies are inconclusive on the idea, there is another bit of “prevailing wisdom” which claims that educated people tend to be more liberal. If this prevailing wisdom was actually true, and only the educated were allowed to vote, then this could effectively wipe out conservatism (or at least make it significantly more liberal than it currently is). Even if this wouldn’t happen, I still can’t shake the sense that I lean towards this solution just because it fits into my political leanings well.

In any case, this election is shaping up to be one of the more interesting ones in quite a long time. The Conservative pary hasn’t had any real competition since the early 2000s, so with a shockingly competitive-looking NDP and a young maverick leading the Liberals, the election is looking like it will be very tense. However, I implore you this: if you don’t know or care about politics, and don’t want to get educated on it, then for the sake of our country don’t feel compelled to vote. PLEASE, FOR THE LOVE OF GOD DO NOT FEEL COMPELLED.