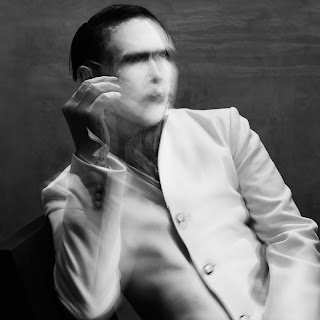 First up this week is “Killing Strangers” by Marilyn Manson from his newest album THE PALE EMPEROR. Basically the only reason I picked this song was because I had a pretty epic movie night double-feature with a friend with weekend which consisted of John Wick and Mad Max: Fury Road (probably my 2 favourite action movies of the past 7 years) back-to-back. As you can expect, it was an awesome night, but “Killing Strangers” was really sticking in my mind afterwards due to its main drum/bass rhythm.

This also got me thinking about my history with Marilyn Manson as an artist. As a kid growing up in an evangelical household, my only exposure to Manson was stories about how messed up he apparently was. For example, I heard that he took out a rib so that he could suck his own dick, and that he apparently tore up a puppy on stage once. As a result, I was under the impression that he was a satanist and that his music was vile, despite never having actually heard more than snippets of it. Of course, now that I’m older and wiser, I now realize that his strange persona and reputation was all tried and tested “shock rocker” marketing tactics, already perfected long before by Black Sabbath and Alice Cooper. Despite that, his shtick seems less cynical to me and more artistically genuine, as he put forth an interestingly androgynous look and his songs tend to have some impactful messages behind them. Having heard more of his music now, I wouldn’t exactly call myself a fan, but I have enjoyed most of what I have heard. 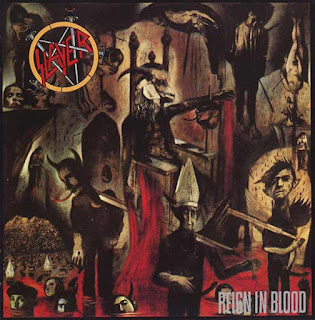 Secondly we have “Raining Blood” by Slayer from their album Reign in Blood. Slayer’s one of those essential metal bands which I find myself in the unfortunate position of not really liking all that much. Back in university I was really getting into Metallica and figured I’d expand further into thrash metal via Slayer. However, I soon found that I didn’t really care for their music all that much, with their faux-blasphemous style not endearing them to me all that much either. I probably need to give them another chance, but as it stands their only song I really enjoy is by far their most popular track, “Raining Blood”. This song used to be the bane of my existence in Guitar Hero III, which people seemed to always overlook in favour of the (admittedly brutal) “Through the Fire and the Flames” (which will probably be a future playlist pick).