It’s no secret that I quite enjoy the two most recent Tomb Raider games and the upcoming third game is probably one of the few video games I’m actually looking forward to this year. Despite this goodwill, I had very low hopes for the new Tomb Raider movie, especially after the first trailer was released. However, my girlfriend and I wanted to catch a movie last weekend and ended up seeing Tomb Raider on a whim. I came away more impressed than I was expecting to (at the very least, it is far better than the Angelina Jolie-led Tomb Raider films), but it makes one huge, fundamental blunder near the mid-point which really screws over the rest of the film. Hell, just thinking about it, Tomb Raider could have been great – dare I say, easily the best video game movie of all time*. This isn’t a review (off-the-cuff, I’d probably give it a 6/10), but more of a lament of what Tomb Raider could have been. 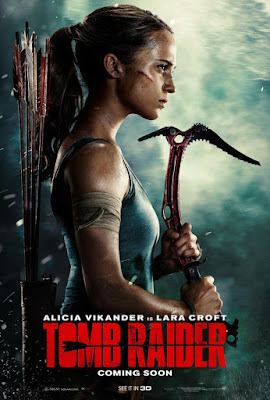 First off, I feel like I should acknowledge that, as expected, Oscar-winner Alicia Vikander does a superb job as Lara Croft. Angelina Jolie was the perfect casting decision for that era of Tomb Raider, but I definitely appreciate this more grounded take on the heroine, and Vikander nails it. She has the physicality and confidence to sell the role, while also knowing when she should be vulnerable as Lara gets swept in over her head (for example, throughout the entire scene involving the plane hanging over a waterfall, the look of terror on Vikander’s face just sells the danger and makes it feel far more real than you would expect). The film also does a good job of making us care for Lara, giving us around 40 very solid minutes of set-up to establish her character, motivations and resourcefulness, while also giving us a pretty badass bicycle chase too.

Honestly, the first hour of Tomb Raider is very solid. In this time, we also get introduced to another compelling character, Lu Ren, whose past seems to be entwined with Lara’s own. There’s a tangible chemistry between the two – not necessarily romantic, but they really light up the screen together, sort of like Lara and Jonah’s partnership in the video games. The villain, Mathias Vogel, could have been very bland, but since he’s played by the underrated Walton Goggins, he is imbued with a sense of desperation and sympathy where you can identify with him. He is definitely a bad guy, but he just wants to see his family again and will do whatever it takes do accomplish that. He makes for a decent foil for Lara and is certainly a serviceable enough villain.

After the first hour, it’s pretty clear that Tomb Raider has all the pieces in place to succeed. Lara’s on the island being chased by bad guys, Lu Ren has been shot and captured, that awesome waterfall-to-plane-to-parachute sequence happens, and then Lara is forced to kill her first human being. She feels awful about it and breaks down… and then sees a hooded figure in the woods watching, she chases them down and the movie never gets its footing back. (Let me reiterate here once again: SPOILER ALERT!!!) In a massive deviation from Lara’s backstory and history in all other portrayals of the character, it turns out that Lord Richard Croft is alive on the island and has been trying to prevent the villains from succeeding since he disappeared. 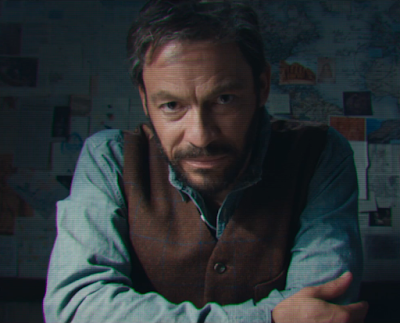 This is such a blunder for a number of reasons. First and most importantly, it diminishes Lara’s own role in the story in favour of a character who should be, for all practical purposes, a plot point. In most portrayals of Lord Croft, he exists only to provide Lara with a motivation (inspiring her to seek adventure, an emotional investment in her current treasure hunt, an existential emptiness from losing her father in a foundational period of her life, etc). The Tomb Raider film initially follows this pattern, establishing Richard Croft’s strong bond with Lara and he proves to be the crux of her desire to set out on a quest to discover what happened to him. His journal notes drive much of the early plot, but Richard himself is more of a plot point than an actual character – hell, the only reason we care about him at all is because Lara (who we already like quite a bit) cares so much about him. However, when he shows up in earnest, he begins to dominate the plot despite still being just a boring side-character. He doesn’t change at all, doesn’t do much to drive the plot other than an obligatory heroic sacrifice at the end, and basically just takes up screen time from the actual heroine. Michael Phillips’ review hits the nail on the head in this regard: “The Lara Croft reboot Tomb Raider isn’t half bad for an hour. Then there’s another hour. That hour is quite bad. It’s no fun watching your action heroine get shoved, punched and kicked to the sidelines of her own movie, while the menfolk take over and take turns overacting before expiring”.

To make things worse, the twist also ruins other elements of the film which had been working well up until that point. As I said before, the twist comes immediately after Lara’s first kill, which is supposed to be a major emotional trauma for her character. However, by having her encounter Richard within seconds of that this, the gravity of the situation is undercut. As far as the film’s concerned, she gets over it immediately. In fact, it’s bad enough that I wonder if perhaps Richard’s role was expanded in rewrites, its inclusion is that jarring. It also doesn’t help that as soon as Richard shows up, Lu Ren is sidelined for the rest of the movie, doing little more than helping some of the captives on the island to escape. Furthermore, the film has hammered home that Richard should be a dead a number of times before this twist. Richard states that he is likely dead in his recording to Lara, and even Mathias says that he straight-up killed Richard. When it turns out that Richard is still alive, we’re given absolutely no explanation as to how Mathias could have possibly mistaken this. They don’t even have hints of his survival beforehand either, he just shows up out of nowhere, so it’s not like they even attempted any clever foreshadowing to ease us into the idea. Again, it feels like something shoehorned in awkwardly during rewrites. 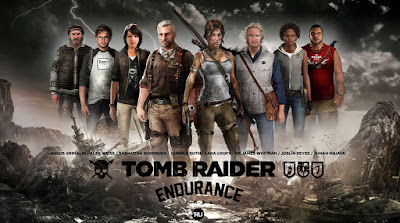 Furthermore, we can just look at the video game to see how Tomb Raider could have been better. The film actually makes quite a few deviations from the source material which are net positives (particularly the first act set-up in London), and others which are unfortunate but I can understand (condensing the colourful cast of side-characters down into just Lu Ren and Richard). However, I feel like the film made a pretty big mistake by changing the central crux of Lara’s first big adventure: in the film, this is driven by finding Richard Croft, but in the games this revolves around rescuing Lara’s best friend Samantha Nishimura. These are both pretty archetypal adventure movie motivations, but I feel like giving Richard Croft so much prominence was the weaker route to take. For one thing, making your female-led action heroine’s motivation boil down to “daddy issues” is very cliche and boring. Elena Nicolaou puts it well: “with another Tomb Raider movie about Lara Croft and her father, the gulf between the starkly independent video game Lara, and the daddy-pleasing movie Lara, widens again.” Think about how this story places Lara Croft – she is picking up after her father’s work and any agency she has within the plot are just directed at that and at her obsession with her father. The film certainly isn’t misogynist or anti-feminist (hell, it even passes the Bechdel test, if you’re the sort of person who cares about that), but it does undercut itself by making Richard such a prominent figure in a film which is supposed to be all about Lara.

Contrast this with the plot of the game, which (in broad strokes) revolves around rescuing Sam. Lara sets out on this adventure of her own desire and fights to rescue Sam because she cares so much about her. This story puts Lara at the center of everything, where she should be. Furthermore, having a female action hero rescuing her female friend is far less-trodden ground than daddy issues is, and presents far more fertile ground for interesting characterization (if the film followed the game’s plot, Sam actually would get a chance to be more than just a living McGuffin, she gets scenes where she works to escape alongside Lara). You could argue that the removal of supernatural elements from the plot makes the inclusion of Sam unfeasible, but c’mon, you could rewrite it pretty easily – Trinity clearly believes in supernatural powers, so it’s not a stretch to believe that they could mistakenly believe Sam could be the key to unlocking Himiko’s power.

Tomb Raider could have been great. As it is, it’s just decent, and most of its issues can be linked back to Richard Croft’s survival. Here’s hoping that a sequel can correct the issues on display here, but if nothing else, at least the recently announced Shadow of the Tomb Raider should continue to carry on the series’ legacy into the future.

*Instead, that honour continues to be filled by DOA: Dead or Alive. That sounds like a joke, especially considering my love-hate relationship with the games, but seriously, the DOA movie is a legitimately fun film that does pretty much everything with a wink and grin. I’ve been planning on doing a review of it for a long time and one of these days I will need to actually do so, because it’s really that good.