Recently my girlfriend was looking for a movie that we could watch on Netflix and, surprisingly, asked if I wanted to watch Christian Mingle. She isn’t a Christian herself, so this was particularly unexpected, but as someone who’s interested in crappy movies, this movie had been on my radar for quite some time and of course I said yes to the offer to watch it. It was basically just a reasonably well-done version of one of those low-budget W-network romantic films, with a religious spin on things to differentiate itself. I’m not really interested in a full review of the film (I’d give it a 4/10), but the film’s religious elements did get me thinking because they were implemented in some strange ways which I feel run counter to the intended message. 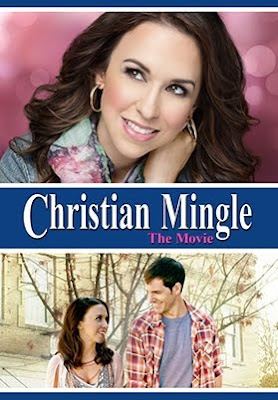 First off, Christian Mingle is very much an archetypal low budget romance movie. If you’ve seen one of these before, you know the drill – you’ve got your generic white couple who get drawn together, a manipulative mother, an unbearable romantic rival, a stupid conflict that draws the characters apart and which would have been easily solvable with a little communication and common sense, etc. Perhaps the weirdest thing about all of this though is how Christianity has been shoehorned into this archetype. Usually the central conflict comes because of some nefarious falsehood or because of some sort of scheme on the part of the villain, but in this story that means that the villain is… God, or at least this form of Christianity. It might have actually been interesting if this was intentional, but it definitely does not seem like that is the case here.

Much of the early conflict in Christian Mingle is driven by Gwyn feeling like she isn’t “Christian enough” (she’s a Christmas and Easter Christian, but that still makes her Christian) and Paul overestimating her devotion to God. Gwyn and Paul fall for each other, while Gwyn tries to learn how to be a better Christian. Interestingly, the film’s focus seems to be primarily directed on Christian lingo, rather than on the actions that would set someone apart and in fact seems to be the villainous mother character’s issue as well. She’s trying to set Paul up with goody-goody church girl Kelly, who’s clearly “in” the Christian group but clearly doesn’t have a connection with Paul like Gwyn does. Then, while volunteering together in Mexico*, Paul finds out that Gwyn isn’t Christian enough and decides that they can’t be together anymore, despite both of them clearly being in love. So, what this film is saying is that because Gwyn isn’t at the same faith level as Paul, they can’t be together? I mean, she basically says she wants to be better, she wants to know God the same way he does. Isn’t this every Evangelical boy’s dream, to save his girlfriend’s soul? Apparently not, according to this movie, because they split and he gets matched up with Kelly for a while. 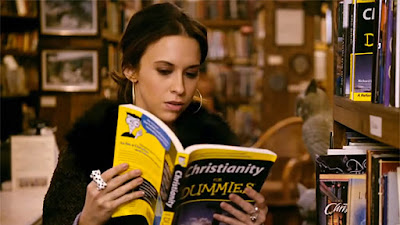 So what does Gwyn do? She starts praying, going to church, reading her Bible, etc. And then she quits her job because she doesn’t feel honest marketing products she doesn’t believe in (as the Common Sense Media overview of the film puts it, “Why does no one ask if there are clinical trials to back up the product’s claims?”) and goes and volunteers full-time in Mexico. As a result, she apparently reaches a point where she’s “Christian enough” and Paul seeks her out on his own accord… and reveals that he loved her all along. So, wait, would he have gotten back together with her if she hadn’t completely changed her life for him? Would he have gotten over his own barriers and accept her in order to make love work? Who knows, because the movie’s story conveniently swerves to avoid having to actually answer this! Hell, it would even have been interesting to me if they had done something to suggest that this was supposed to be a metaphor for God’s love and that he seeks her whether she believes the “right” way or not, but obviously this kind of film doesn’t have any sort of ambition to it.

As I’ve probably hammered home by now, the biggest issue in Christian Mingle is that it really harps on this exclusive form of Christian belief that Gwyn fails to measure up to, although the film never really says what that involves outside of loving God. I’m not sure if this is just Evangelical dog whistling, or if the film just thinks that if it doesn’t take a stance at all then it will be able to reach a wider audience. This makes me wonder why the hell Gwyn’s faith maturity is such a big deal, because she clearly is game to grow. The aforementioned Common Sense Media’s review put it well when they said that “most followers of Jesus tout the claim that God loves everyone, which is a policy of religious inclusiveness, but this plot hangs on the exclusionary position born-again parents take when they fear their son is being wooed by a non-believer”, and not only that but the film seems to reinforce that exclusionary message. Everyone has to begin a journey of faith somewhere, not to mention that spiritual growth develops over a lifetime, so why does everyone expect Gwyn to be fully developed in order for she and Paul to have any sort of relationship? It’s just a baffling message and I can’t understand why it is treated like a given assumption throughout the film, unless it’s just pandering to the mindset of the hardcore Evangelical bubble. 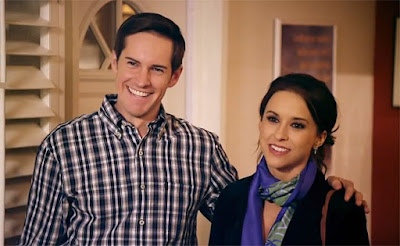 Furthermore, the film really drops the ball on what a Christian life should look like. In addition to making the Christian characters the real villains of the piece and having Christianity and God become the obstacle which is preventing love from being achieved (without any sort of self-consciousness about this message, I may add), God barely seems to have any real positive effect in the lives of the characters in the film. Like, Gwyn says that the Christian characters are all so happy and different, but that doesn’t really seem to be the case. Again, Paul’s mom is uptight, Kelly is clearly a jealous schemer and most of the Christians are portrayed in a manner which I can only describe as “low budget TV romance quirky”. Again, if you’ve seen enough of these films, you’d know what I mean – characters who are supposed to be fountains of humour but whose actions make them feel inhuman. Even Paul himself is quite bland and feels tethered by his faith, rather than liberated, and he is only actually interesting when he’s breaking free of that shell to be with Gwyn. The film also doesn’t help its case when it reveals that practically every other character in Gwyn’s life is secretly Christian, most notably Gwyn’s sassy black friend, Pam. As a result, we don’t really get any unfulfilled non-Christians to compare the faithful to. The result of all of this is that God basically becomes window dressing in a film which is clearly intended to actually be about Him. Everyone’s talking about God, but He has no actual presence in the film, which doesn’t help the resulting perception that Christian Mingle is about “authenticity […] to a specific way of worship”.

Obviously the film has other issues (the fact that it’s basically a paid advertisement using faith as a springboard being most notable), but I felt like these ones here are the most central to the film’s failings. Like I said in the intro, it’s otherwise just a competent made for TV romantic film, if you’re into that kind of thing. However, the one thing that it does to differentiate itself is handled really poorly when you apply any sort of critical thought towards it… y’know, assuming that they were actually trying to make Christianity and God look appealing anyway.

*Or, well, a super cheap cowboy set doubling for Mexico. Seriously, I laughed my ass off at this part.