So 2012 has come and gone and it looks like we dodged a close one in regards to the destruction of human civilization. However, I would like to argue that an even more sinister demise is inevitably approaching: that’s right, The Planet of the Apes isn’t (just) one of the best movies ever made, but it and its sequels are also prophetic texts! Need convincing? Well then, check out the evidence and then prepare to bow down to your ape overlords…

5) They Know How to Talk 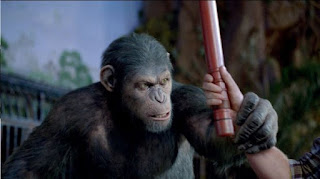 Did anyone think that it was odd that Maurice (the Orangutan in Rise of the Planet of the Apes) knew how to sign? I mean, we saw Caesar learn how to do this as he grew up, but why would a circus Orangutan know that? Well it’s because, quite simply, this isn’t that uncommon. Here’s a documentary from 1978 of a gorilla, Koko, that has been taught to use ASL, which I believe also inspired the 1980 Michael Crichton novel, Congo. While the legitimacy of Koko’s case is somewhat disputed, there’s others which seem pretty clear-cut to me, such as Kanzi. Need more examples? I’ve found at least 6 high-profile cases.

So what does this mean for humanity? Well I think we should all know the implications. After decolonization, the formerly disparate peoples of Africa and the Caribbean were able to now communicate using a shared tongue (and no, I’m not implying that black people are apes you horrible bastards). A common language means that groups which were separated by geography and culture can now communicate with one another. And what better for subjugated apes talk about but the impending demise of human kind? While it’s (currently) physically impossible for apes to vocalize, honestly they’re only a couple steps away from an Aldo/Caesar situation where one of them decides that enough is enough and he’s had enough of these motherf—ing humans on this motherf—ing planet and goes “NOOOOOO!!!!!”

No word on whether they can sing yet too, but it’s only a matter of time…

4) They Have Political Systems and Culture

What’s that? Did you think that only intelligent beings like humans could come up with something as labyrinthine and bureaucratic as politics? Well hold onto your butts and check out this very cool video:

Granted, that’s a tad less “civilized” than our current representational system, with its checks, balances, attack ads, unilateral lobbying, political parties flinging poo at each other… where was I again? Well to be fair, The Planet of the Apes did show that the apes’ society was somewhat more primitive than ours, although it’s all a matter of progression. And honestly they’re not that far behind us, because anthropologists have found that apes have distinct cultures. It’s interesting that the article focuses on Orangutans as well… that’s right, Dr. Zaius is already real.

“Well,” I can hear you saying, “that’s all fine and dandy, but that hardly means the end is nigh.” Did I neglect to mention that apes totally go to war too? General Ursus from Beneath the Planet of the Apes doesn’t have a monopoly on the whole business, because apes do this sort of thing all the time. Apes also understand the concept of fairness, which probably explains why they will be performing medical experiments on us in a couple centuries when we’re all living out in the forests or in caves. 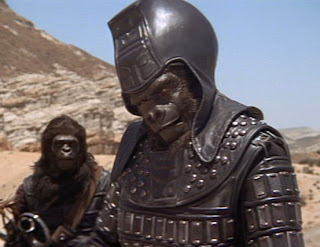 So let me just sort out the facts – apes are not only capable of organizing, but they’re also willing to go to war as well? It sounds to me like they’re just asking to put their stinkin’ paws on us…

3) We’re Using Them As Pets 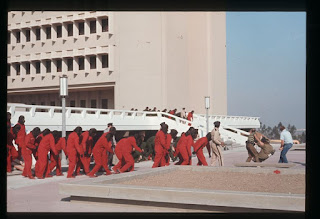 On to a high-profile current event in the countdown to the end of days, I’m sure most contemporary readers have heard of Dawin, the “Ikea Monkey”: 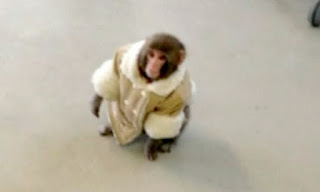 Aww just look at the little guy, doesn’t he look cute in his little fluffy coat, with his beady little eyes and cuddly looking face? Don’t you wish you had a little monkey of your own for a pet?

No, you don’t. That’s what the apes want you to think.

Haven’t you ever seen Conquest of the Planet of the Apes? Here’s a quick rundown – people start making apes into household pets. They then realize that they can use these apes as menial labourers for cheap. The apes then get pissed off and conquer the world. Clearly, the laws banning apes from being pets in most countries are not in the interest of public safety or animal cruelty – they’re in place to save the future of humankind. The court case deciding the fate of Darwin, the Ikea Monkey, could hold the fate of humankind in the balance – if Yasmin Nakhuda gets Darwin back, then everyone will be getting apes for pets, and then clearly civilization as we know it will crumble. So thanks a lot for being selfish Yasmin, way to destroy the world because you love your pet… but rest assured, your pet does not love you. Darwin is watching… and waiting. Better keep an eye on your cutlery, because you never know when they’ll turn on you… 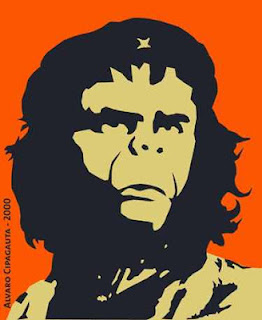 Did you hear about the apes movie that came out in 2011 about a chimpanzee who was separated from his mother and raised from birth to be treated like a human being and taught ASL to communicate? No, not Rise of the Planet of the Apes, I’m talking about Project Nim, which was about a real ape from back in the 70s whose story sounds eerily similar to that of Caesar. In fact, I have difficulty believing that it was a mere coincidence – I believe that Caesar’s story is probably at least partially based on that of Nim. How has the world not ended already? Well luckily for us, Nim died of a heart attack in the year 2000 (he must have seen Tim Burton’s remake coming)… but then again, that’s exactly how they thought Caesar died as well, and look where that got ’em! 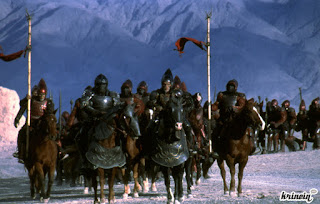 Ok, so the apes are organized, they’re willing to go to war, and they have their revolutionary figure already. Big deal, we still have guns. I mean, this is the biggest argument that people had about Rise of the Planet of the Apes – how are they supposed to compete with human armies without the untimely arrival of a super-virus? It’s not like apes have weapons or anything like that…

Actually, they totally do.

It’s exactly like that scene in Rise of the Planet of the Apes where they tear apart the fences to make spears. I knew most of the stuff about apes in this article prior to writing this, and even I didn’t know that apes had built spears already. Well at least they don’t have guns yet, thank God…

NO! YOU MANIACS! YOU BLEW IT UP! DAMN YOU! GOD DAMN YOU ALL TO HELL!!!

Note that this article is a piece of satire. It is not meant to be taken seriously, unlike this nutcase here.